The AIDS Epidemic and the Refugee Crisis: Faithfulness, Not Fear, Is Our Call

When a situation is not understood, the Christian response is often defined by fear.
Ed Stetzer 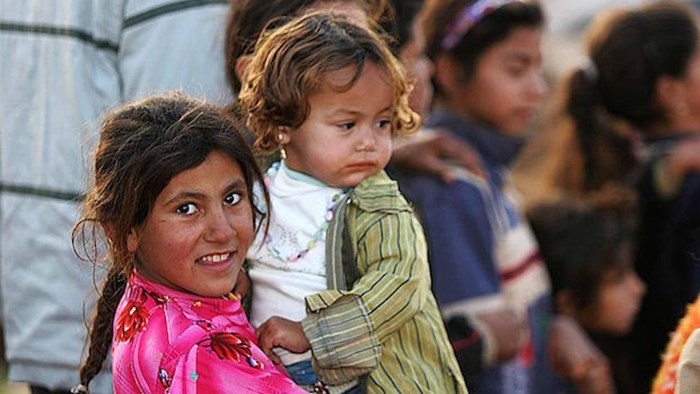 In New York City in the early 1980’s medical doctors began to diagnose a strange and frightening disease. The New York Times reported:

A SERIOUS disorder of the immune system that has been known to doctors for less than a year — a disorder that appears to affect primarily male homosexuals — has now afflicted at least 335 people, of whom it has killed 136, officials of the Centers for Disease Control in Atlanta said yesterday. Federal health officials are concerned that tens of thousands more homosexual men may be silently affected and therefore vulnerable to potentially grave ailments.

It was initially called GRID (gay-related immunodeficiency). The disease wreaked havoc with the immune systems of its victims, in many cases opening the door to a rare skin cancer type: Kaposi’s sarcoma, which until that point was uncommon in younger men. The early death toll from GRID was higher than toxic shock syndrome and Legionnaire’s disease combined.

The population that contracted the disease was primarily in New York City, New Jersey, and California. Those early victims, according to the Times, were primarily male homosexuals “in particular those who had numerous sexual partners, often anonymous partners.”

The Christian Response to the AIDS Epidemic

As with many unknowns the early defining response among Christians was fear. We feared it as a polio of sorts—don’t swim in the pool with my children, don’t engage in conversation with me, don’t play on a sports team with me. Speculation that AIDS could be caught from toilet seats was rampant.

Many churches, very quickly barricaded itself from the hurting, even to children like Ryan White.

I hope evangelical leaders and churches will stand together and say we are not afraid.

I remember hearing a preacher explain that AIDS was God’s judgment, and how these homosexual practices caused these horrific diseases, and everyone nodded their head. As late at 2001, only 7 percent of American evangelicals polled said they would give money to a Christian organization that helped AIDS orphans.

On this issue Christians were slow to engage in any way that reflected the love of Jesus.

Later, when Christians came into the conversation, many were repentant admitting our reluctance to be involved because of who the victims were. In the minds of too many, gay men were the wrong people to receive our mercy.

Christians missed an opportunity to step into a moment showing and sharing the love of Jesus to hurting people. Some did, there is no doubt. There were Christians who were early advocates on the AIDS issue. But many who came late were slow because they were frozen by fear.

Leaders who knew better wouldn’t speak up, leaving people who trusted them unaware and afraid. Fear won the decade before Christians seriously engaged in what had become a global crisis. It was a humbling experience that continues to damage our efforts and our relationships, especially in the LGBT community.

We can now find examples of evangelicals leading groups engaged in the fight in HIV/AIDS. For this we are grateful.

Faithfulness, not fear, is our calling.

Yet, while history does not repeat itself, it does tend to rhyme.

The Christian Response to the Refugee Crisis

What we see over and over is that fear becomes a defining narrative for Christians when the facts are not known, or there is a lack of certainty. That’s what some Christians were still saying about twenty years after it was discovered how the disease spread.

At present we find ourselves in the midst of an historic crisis and an opportunity to lead differently. There is an international refugee crisis. Historically we find is that when Christians have stepped into crises, God has rewarded their faith in positive ways.

In Rodney Stark’s The Rise of Christianity, he describes the scenario in the second and third century. He explains that a plague broke out. The Roman people did what people do when facing an unknown—they reacted in fear and in anger. In the face of an epidemic, they burned the bridges into their villages. They stopped the spread of the disease by being away from people who were hurting.

Christians Must Not Be Paralyzed By Fear

Christians, however, took a different way.

Roman Emporer Julian described such Christians when he said, “Whilst the pagan priests neglect the poor, the hated Galileans devote themselves to works of charity... These impious Galileans not only feed their own poor, but ours also; welcoming them into their agape...”

When the pagan population saw Christians responding with faith in a fear driven crisis, it caused men and women to hear and consider the true claims of the Gospel, to which many responded.

Counter Cultural for the Good of Others

So, caring for refugees amidst all of this is counter-cultural and counter-intuitive.

The mood of the day in our culture, and in many churches, is not positive towards refugees.

So what I want you to hear is: “How can we mobilize the church, and how can we not repeat the mistakes of the AIDS epidemic? And, how can we do so in a way that evangelicals stand up and say that we care?”

How Will We Respond?

Christians responded by fear, rather than faith, in the AIDS crisis because the victims were the wrong kind of people, believing and doing the wrong kinds of things, and they might harm us, regardless of the facts that said otherwise.

And, once again, Christians are now responding by fear, rather than faith, in the refugee crisis because the victims are the wrong kind of people, believing and doing the wrong kinds of things, and they might harm us, regardless of the facts that say how unlikely that is.

So we must encourage one another, and ultimately learn what’s going on in the Middle East and how might we respond there, and what’s going on here, and how we might respond here. We must be peacemakers, discerning about security, but also driven by compassion—and these are not mutually exclusive concerns.

I hope you'll join with other impious Gallieans and show and share the love of Jesus to a broken and hurting world.

Last week, we held a summit. You can find information about that here. We also put out a statement, which is much more detailed and nuanced than my short article here. You can read (and perhaps sign) that statement here. Finally, we will have a conference (and release new research) on this very issue on January 20th. You can find more infomation here.

The AIDS Epidemic and the Refugee Crisis: Faithfulness, Not Fear, Is Our Call

The AIDS Epidemic and the Refugee Crisis: ...