Church planting specialist and coach Ron Sylvia stops by to share his thoughts on launching large with a church plant. 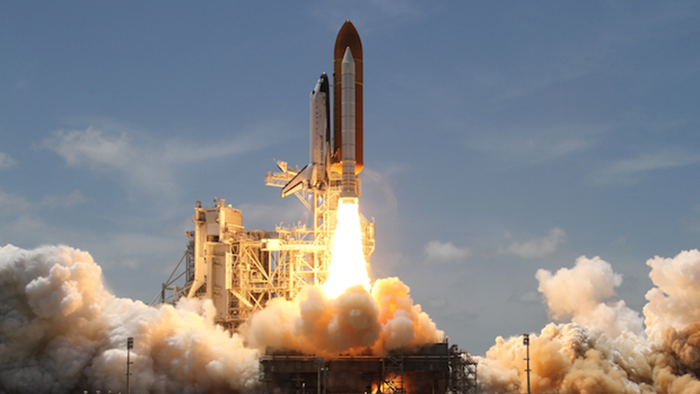 The following is a guest post by Ron Sylvia. Ron Sylvia is the founding and lead pastor of Church at The Springs in Ocala, Florida, and Director of NEXT Churches: Nuts & Bolts Church Planting.

Ron, along with a number of other church planters, pastors, and ministry leaders post regularly at NewChurches.com.

There is no lack of debate on the topic of church-planting models these days. The Launching large church-planting model could represent a paradigm shift for you. In fact, when you think about attracting a crowd and turning it into a church, you may have negative thoughts. But everywhere Jesus went, He attracted large crowds of people, and all were potential converts for His redemptive plan for their lives. He did not want His followers to lose sight of their purpose, and in Matthew 28:19-20, He gave them the Great Commission, "Therefore go and make disciples of all nations, baptizing them in the name of the Father and of the Son and of the Holy Spirit, and teaching them to obey everything I have commanded you. And surely I am with you always, to the very end of the age." We are called to do the same in this generation, and I have found that Launching Large is one of the most effective strategies to fulfill this Commission.

The mark of a good leader is loyal followers; leadership is nothing without a following.

Launching large is not a new methodology but rather the rediscovery of a New Testament church for this generation of church planters. Acts 1 and 2 tells us that the first church went from twelve to 120 believers, then to over 3,000 believers practically overnight. Launching large offers an adaptable framework to guide you through launching and leading the healthy growing church God intended. It is focused on reaching the lost, has simple structures, follows a simple path to maturity and is reproducible no matter what city or culture you are called to reach. After working with thousands of church planters over the past decade, I have confirmed and discovered several truths about Launching large.

Start small, and chances are your church will remain small. But launch large, and you will break growth barriers more quickly. One of the most notable attendance barriers is the 200 mark. We have found that if a church doesn’t break 200 within three years, chances are it never will. One of the most effective ways to shatter the barrier is with momentum created by launching large. Momentum is one of a church planter's best tools for growth. A train that is stopped on the tracks can be kept immobile by a block of wood strategically placed, but a train moving at 80mph on the same track can shatter a brick wall. The difference in the two is momentum. Launching large produces tremendous momentum.

Our culture overwhelmingly prefers the crowded store, the busy restaurant or the packed coffee shop over the empty one. The church is no different. It’s called Social Proof, and put simply, it’s the positive influence created when someone finds out others are doing something. One of the greatest challenges you have as a church planter is credibility as a leader. Proverbs 14:28 reads, The mark of a good leader is loyal followers; leadership is nothing without a following. When a first or second time guest walks into your new church and sees 200 people, he immediately senses that something good is happening, and your credibility as a leader increases in his eyes.

By launching with a large crowd, your church has the ability to quickly become financially self-sustaining. Learning to effectively raise funds for your new church, along with creating and sticking to a well-planned budget are foundational for launching large and becoming self-sustaining in two to three years. When my wife and I started Church @The Springs, we were not trained in raising financial support. We launched the church with our personal retirement funds, and many weeks had to hold our paycheck in order to pay other bills. Believe me, you do not want to live on life support from financial supporters for years.

The church of the living Christ should be anything but boring and irrelevant.

When I was young, my aunt and uncle lived near the Kennedy Space Center where the Apollo rockets were launched. When a launch was scheduled, they had to remove everything from the walls because their house shook so dramatically. The rocket launch created unrivaled excitement and was seen and felt for miles. Similarly, a new church launched large should explode onto the scene, create excitement and capture the community’s attention. One of the most common complaints about a church service is that it is boring or irrelevant. The church of the living Christ should be anything but boring and irrelevant. We should be capturing people's attention with the amazing truth of God's love for them, realizing that whatever captures a person’s attention eventually captures their heart.

Large is a relative term and it depends on your context, your city and the culture you are trying to reach. Community size and demographics will define what large means to you. Obviously, some communities aren’t large enough to launch with 200. If this is the case for you, launch as though it is! Launch as large as you possibly can with the resources you’ve raised, and then lead large!

Launching Large Can Be Stressful

Right out of the gate, you will begin leading a church of 100 or more and be challenged with assimilating and developing people quickly. Criticism will come from all sides and cause additional stress. When we began the church, I was taken aback by the criticism from other churches. I thought, how could a new church possibly be a threat to anyone? Rapid growth can be suspect to churches who have not experienced growth in decades.

Launching Large Has a Higher Cost

Financially, it costs more to launch a large church. You don’t get to ease into the costs associated with start up. You need to rent or purchase equipment for the worship service and children's ministry. A sound system, video equipment, computers, lights, instruments, and children's supplies are all essentials. You may need a way to transport and store the equipment. Marketing the launch is a large financial commitment as well.

God is always looking for men and women who will risk everything for Him.

Launching Large Isn’t for Everyone

When I’m coaching church planters, I respond to their pressure points looking through my leadership lens, drawing from the relational and experiential capital that I’ve been banking for years. You won’t have that when you start. If you don’t have the financial resources, people or community capacity to launch large right now, then lead large. Vision is the heartbeat of leading large. Proverbs 29:18 says, Where there is no vision, people perish. Churches are dying because they’ve lost their vision. Church plants thrive because vision is all they have! Challenge people, stretch their faith, paint them a picture of a God-sized dream for your community. Let the size of your God determine the size of your dreams.

Leading large and launching large have always been a part of our DNA at The Springs. You will always be re-launching and seeking ways to accelerate momentum in your church! Re-launching provides that breath of life, the vision, excitement and momentum that brings life through the Gospel. Twenty years in and The Springs is still re-launching. We keep asking ourselves, “What would we do if we were starting over?”

Launching Large is a method that will stretch your faith! But know this one thing: God is always looking for men and women who will risk everything for Him. And when He finds them, He uses them to change a generation. Whether you are a church planter or already lead an existing church, my prayer is that you find your confidence in Him and make it hard to go to hell from your city.