What Is Church Attendance Like During Christmastime? New Data From LifeWay Research

Most Americans attend church during the Christmas season, and many would come if invited.
Ed Stetzer 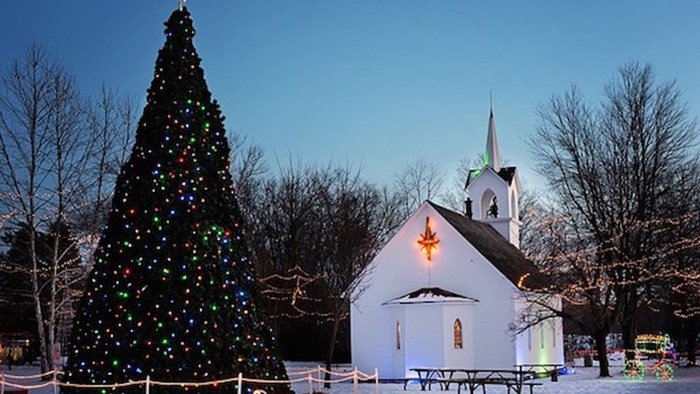 Recently, LifeWay Research conducted a study to learn more about church attendance patterns during Christmastime. Historically, pastors and church leaders know that Christmastime attracts more visitors than perhaps any other time of the year, outside of perhaps the Lenten and Easter season.

In a recent poll of 1,000 Americans, LifeWay Research found six out of 10 Americans typically attend church at Christmastime.

But among those who don’t attend church at Christmastime, a majority (57 percent) say they would likely attend if someone they knew invited them.

“Regular churchgoers may assume the rest of America has already made up their mind not to attend church,” said Scott McConnell, vice president of LifeWay Research. “In reality, many would welcome going to a Christmas service with someone they know.”

Those who attend church most frequently throughout the year (once a week or more) are the most likely (91 percent) to say they will attend church at Christmastime.

Younger Americans are less likely to participate in a service or Christmas mass than their elders. Fifty-three percent of those 18 to 24 say they attend church at Christmas, compared to 68 percent of those 65 and older and 67 percent of 35- to 44-year-olds.

Along with the story, we have some festive graphics to depict some of the more fascinating data points, which you'll find below.

While Christians in America are not facing persecution, it is fair to say the Christian faith has fallen out of favor with American populat culture. As the nation gets more pluralistic and spiritually diverse, Christianity is losing the "privileged position" it once held in American culture. However, that's not stopping Americans from going to church at Christmastime: 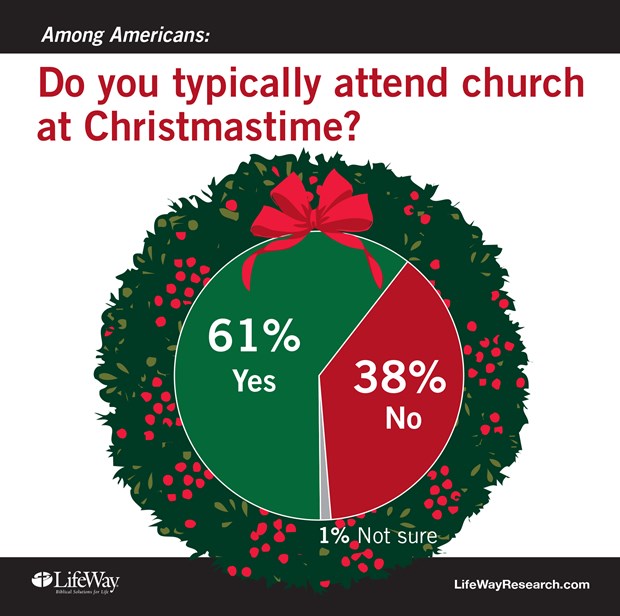 Perhaps the most fascinating part of the study, for me, was seeing why people go to church during Christmastime. The answers we received are diverse, but the predominant answer was an encouraging one: 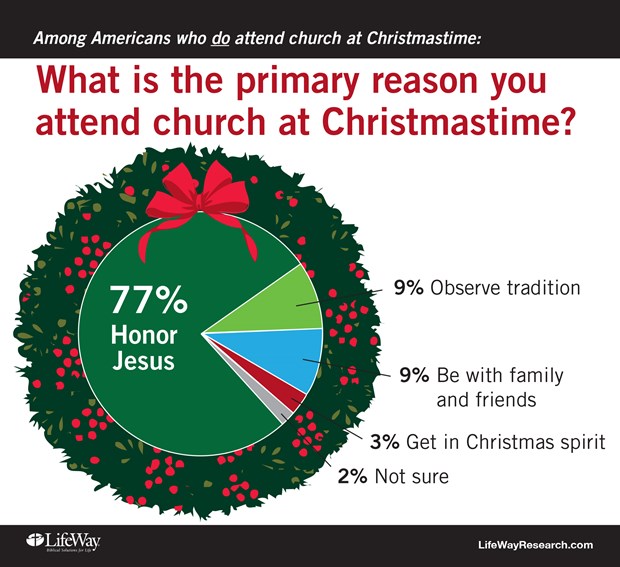 I also found the data depicted in the next, and final, graph to be both encouraging and interesting. Christians must understand the willingness of their friends, family, and neighbors to attend church with them during the Christmas season. This time of year can be a great opportunity for your loved ones who may not believe in Jesus to join you at church and hear the gospel. 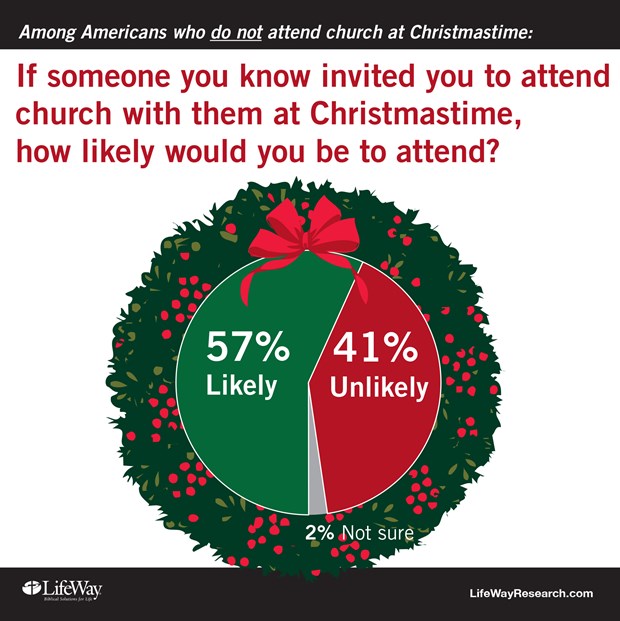 Even among the “nones” (people with no religious identity) nearly three in 10 (29 percent) had plans to go to church. Many of those churchgoing nones, an umbrella term for atheists and for people who say they believe “nothing in particular” — also named Jesus as their primary reason for attending in the holiday season (47 percent).

“This is the first time we have asked these questions and we were surprised,” said LifeWay Research director Scott McConnell.

“People are so focused today on experiences. And with all the traditional events and family-friendly experiences being offered at churches to put you in the mood for Christmas, we thought those would be the big draw.

“But it’s not the experiences they are eating up,” he said. “They are there to honor Jesus.”

What about you? Do you attend church during Christmastime more than during the rest of the year? Why?

Or, maybe you attend church all the time: do you invite people to join you at this time of year? How do they respond?

Feel free to respond in the comments, and click here to read more about the data from LifeWay Research.

What Is Church Attendance Like During Christmastime? New Data From LifeWay Research