Christena Cleveland shares some of the hesitations all of us have to face when we welcome diversity. 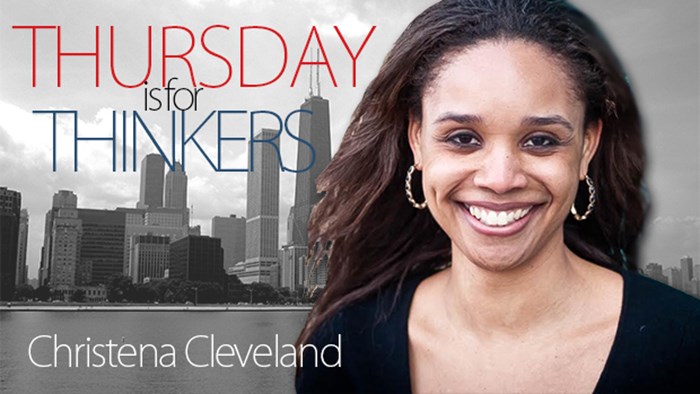 My friend Christena Cleveland, who has written on the blog before here and has been on The Exchange, weighs in on our recent LifeWay Research data in this week's Thursday is for Thinkers. Other Thinkers include Heather Palacios, Trillia Newbell, Dr. Kimberly Thornbury, and others.

Christena is a social psychologist, author, speaker and professor with a hopeful passion for overcoming cultural divisions in groups.

LifeWay Research recently polled churchgoers and found that most are perfectly fine with the fact that Sunday morning remains one of the most ethnically segregated hours of the week. In fact, many people are more than fine with segregation; they defend it! The researchers reported that more than half (53%) of the churchgoers polled disagree with the statement “My church needs to become more ethnically diverse.” And about a third (33%) strongly disagree with the statement.

Given that the vast majority (86%) of American Protestant churches are predominantly composed of one racial group, one would think that most churchgoers would see the glaring discrepancy between their increasingly diverse local community[1] and their not-so-diverse church, and be eager to work towards a more diverse church, one that effectively welcomes all people in the community. But according to these data most churchgoers want their holy huddle to remain homogenous.

Cross-cultural encounters involve a lot of guesswork, ambiguity and unpredictability.

And you know what? I get it. I hate diversity too. Here’s why.

I like things to be done my way -- and that includes church. When I go to church, I want to feel culturally comfortable, communicate easily with the other congregants, share in their humor and be able to predict their behavior. This makes sense because humans are wired for survival; we naturally want to control our future and be able predict what’s going to happen next. To this end, we bond with similar others whose lives complement our own and with whom we can easily relate and give-and-take.[2]

But diversity disrupts all of this awesome, homogenous bonding. Cross-cultural encounters involve a lot of guesswork, ambiguity and unpredictability.

No one, really. Social psychologist Michael Zarate found that people especially dislike diversity when it threatens their cultural values and way of life.[3] I’m one of those people.

2. Diversity exposes my desire for an easy-breezy Christian life.

I’m also one of the many millennials who was taught growing up that Jesus wanted to make me happy, build a mansion for me in heaven, and be my Boyfriend in the meantime. All I had to do was love him back. In other words, I was taught that relationship with Jesus was entirely vertical – just between he and I – and entirely comfortable.

It wasn’t until many years into my walk with Jesus that I learned that if Jesus is cross-cultural, then being his disciple involves being cross-cultural as well.

This truth is rather annoying because, while I love the idea of diversity, I shudder at the thought of actually practicing it. It’s uncomfortable, it’s taxing, it’s complicated, and the rewards are delivered later than I’d like and in almost unrecognizable packages. I like to talk about taking up my cross, but diversity actually makes me do it by challenging me to extend the same cross-cultural empathy to others that Jesus extended to me. And on most days, if I’m honest, I’d rather leave the cross lying on the ground.

In our stratified society, it’s fairly easy for privileged people like me to turn a blind eye to inequality. As long as I stick to certain neighborhoods and social settings, I am unlikely to meaningfully interact with people who struggle to survive underneath society’s oppressive boot. This makes it easy for me to sidestep feeling guilty about my privilege and the relative ease with which I move through life. But racial diversity has a way of bringing racial, economic and other forms of inequality into conscious awareness.

For this reason, as a person who identifies with some privileged groups (e.g. the upwardly-mobile, the educated, the mentally able, etc.) I sure as heck don’t want more diversity in my church. More diversity would expose my privileged life by bringing the inequality “out there” into the very sanctuary pews where I sit. True diversity would require me to stay alert to the reality of inequality. It would demand that I confront my privilege, recognize the ways that I benefit from a society that oppresses my brothers and sisters, repent, and join the fight for justice.

Diversity exposes my privilege, my desire to take credit for the social power that I possess and my tendency to justify holding onto the money that passes through my hands.

On many days, I agree with the churchgoers who don’t believe that their church needs to become more ethnically diverse. As far as I’m concerned, there are many compelling reasons to shun diversity.

But thank heavens Jesus doesn’t hold our view of diversity. Where would we be if Jesus had shrugged his shoulders about diversity and said, “Being in relationship with people who are different than me? Meh. I can take it or leave it.” Even though Jesus experienced the ultimate holy huddle with God and Holy Spirit, he chose to leave it so he, the Eternal and Holy One, could pursue meaningful, interdependent, and loving relationship with us – mortal, sinful humans.

Jesus loves diversity. Indeed, he was so passionate about creating a diverse family with us that he crossed metaphysical planes, abdicated his privilege, morphed into physical form, and spent 30 years on earth just hanging out with us – all the while knowing that his pursuit of diversity would ultimately cost him his life.

It’s this truth that compels me to get down on my knees, pray for the Holy Spirit’s conviction, and ask myself hard questions about why I’m resistant to truly living in diverse community. What am I afraid of? How are my fears preventing me from experiencing the richness of the racially diverse family of God? And is God big enough to sustain me as I face my fears?

[1] A recent Atlantic article that examined racial diversity in America stated: “Even though majority-white places remain the norm, “all-white” places declined from about two-thirds in 1980 to one-third of all places in 2010. 97.8 percent of metros, 97.2 percent of micro areas, and 95.6 of rural areas experienced an upward shift in their diversity index over the past three decades.”

[2] For a classic take on this idea: Heider, F. (1958). The psychology of interpersonal relations. New York: Wiley.