3 Ways Christians Will Address Cultural Issues in the Coming Years

The way we engage culture as Christ followers matters. It matters a lot.
Ed Stetzer 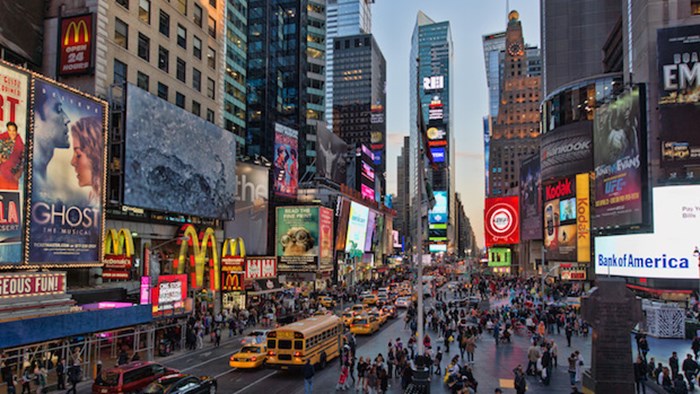 At some point during the 1980s and 90s, a desire birthed among politically conservative Christians to begin to stand for things that mattered to them culturally in more active ways than before.

What followed was a ground swell of support for what would become known as the “Moral Majority.” Their understanding was that those who held the beliefs they championed were actually the majority in the country. Some believed that through the right flavor of political activism, they would win the “culture war.”

Fast forward a few decades and, despite these efforts, evangelicals appear to be on the losing side for those who considered it a war.

That’s not a matter of preference or desire; it’s a matter of numbers. Simple math shows that most of the core issues on which the religious right was focused are trending the wrong direction from evangelical belief and practice.

When I said that a few years ago, it ended up being quoted in the Washington Post and was listed as a key quote of 2012. It seemed news then.

Now, that idea just seems like common sense and most people would agree. Actually, recent surveys show that the vast majority of pastors tend to agree. (I should add that I don't use the term "culture war" except in references where others use it—I don't think you can war against a people in culture and reach them at the same time.)

So the question is, what do we do now? How do we find our way out of a rather awkward cultural moment?

I believe Christians can and will generally focus on three approaches in the years to come.

First, I think there will be some who will be culture engagers. This is where I fit in, but I am aware enough to know I’m not the only one who thinks about engaging culture and that my way is not the only way to do so.

That being said, those who are culture engagers are those who believe we must understand the people around us in order to meaningfully engage them for the cause of Christ. We think about planting churches that are culturally appropriate for the setting, equipping our people with the tools they need for wise and appropriate cultural engagement, and how we can be biblically faithful and culturally engaged at the same time.

This issue still remains. And, as the culture is shifting, most churches (yes, most) are still living as if they lived in a different era, not engaging the people around them.

I teach and write about this topic often because it is so widely misunderstood. Christians need to engage culture for the cause of Christ, not run from it because people are worldly. Paul explained that he did not call us to "leave the world" (1 Corinthians 5:10) but rather to "become all things to all men" so as to engage them with the gospel (1 Corinthians 9:22). (I've written extensively on engaging culture and contexutalization, so I won't rehash that here, but you can find about 90 articles I've written at this link.)

For Christians to identify with and be identified with Christ, we need to do more of what He did. We need to be accused of the things he was accused of. We need to spend more time, not less, with the people he did.

I do not think, however, that we only need the particular emphasis about which I am enthusiastic.

Other approaches to culture will be essential. For this too-simple article, the second approach would be that of culture defenders. These people are the ones who will take a stand in both the political and social arenas on issues that have to do with human flourishing.

They will, hopefully in a winsome and gracious manner, stand in the public square to speak on issues of life, family, and morality. They will be the evangelical voice on important issues where Christians are concerned.

They will defend certain positions, arguing that it is better for human flourishing to value certain things in any culture. These people will participate in important work and start organizations that carry it out, as well as supporting those who are already involved.

Though the work or organizations may not be inherently “Christian,” culture defenders will engage with them for the sake of the gospel. I imagine this may be the most difficult work, but people's religious liberty will have to be defended, the greater good will need to be advanced, and truth will need to be said.

I imagine that some culture engagers and culture creators will roll their eyes, thinking that the culture defenders are not helpful or as discerning as they are. And, some, indeed, won't be helpful—fighting in ways that are unhelpful and counterproductive. However, culture defenders will be an important part of our future engagement with culture as we move to the new cultural reality of our time.

We need more culture defenders and churches that will stand winsomely for the truth.

Two-thousand-and-fourteen was the year of the Christian film. Evangelicals released all kinds of different films last year. The unimaginable success of God’s Not Dead caught people completely off-guard, both Christian and not (you can see more from the author of the book on which the movie is based in my interview with him here).

We need more Christians in culture creation and we need more churches encouraging them that way.

Many of these films were made by Christians for either Christian consumption or evangelistic purposes. Their messages are overt and clear, and they are meant to challenge those who do not share the evangelical worldview.

There is nothing wrong with these types of films. There are probably some in this vein I could do without (and some my family enjoyed together), but they help and encourage many.

However, other films written and developed by Christians do not have an overt Christian message. This type of movie seeks to shape culture in a completely different way than the others—they are creating culture that engages the broader culture.

They are not evangelistic, but they are creating and presenting a picture of a different—and better—reality to a culture that needs a picture of the vision they present.

The purpose is to create art that crosses religious boundaries, yet communicates particular constructs that reflect those of the Christian artist.

These types of projects are being produced in several genres of art, including music, theater, and film. The idea is that Christians, having been changed by the power of the gospel, espouse a worldview that creates culture. As believers, they engage in activities that shape the culture around them.

Andy Crouch has written about this in his book Culture Making (you can see my interview with him here). I would encourage you to read what he has written about the creation of culture. We need a lot more culture creators. For two examples, and there are many others, see the music of Lecrae and the movie The Blind Side. Neither see Christian as a genre, but rather hold up Christian values and a better way.

We need more Christians in culture creation and we need more churches encouraging them that way.

When we assess our current situation, I believe that we find the need for all three types of respondents: culture engagers, defenders, and creators.

We need more culture defenders and churches that will stand winsomely for the truth.

Many Christians will go about this in different ways—and it won't fit in three nice little categories. Regardless, it does matter that we think well about culture: how we engage it, defend things within it, and create it. And, we need to do so "christianly."

The challenge will be developing ways that honor Christ, while loving and living with those who think differently. And that's our new and great challenge.

These three different types of people interacting with culture—engagers, defenders, and creators—need to stop shouting at each other and start acknowledging the value that each brings to this new culture moment. All three types of cultural interaction are important.

In this new and shifting context, we need all hands on deck, and even though we're working in different ways, we need to work together.

If we are not a moral majority, how do we show and share Jesus in the cultural moment where we find ourselves?

Somehow, as God’s people, that’s how we should engage culture—that because of our good works they might glorify God (1 Peter 2:12) and, ultimately, might consider the truth claims and gospel and the Christian worldview that undergirds it.

3 Ways Christians Will Address Cultural Issues in the Coming Years