Social media is a helpful tool church leaders need to understand and use in their local churches.
Ed Stetzer 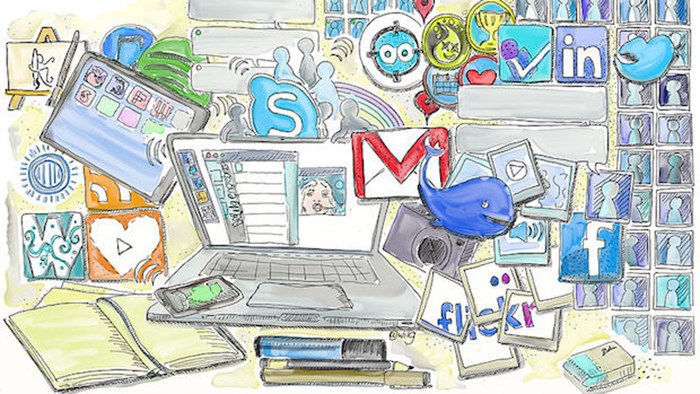 Every time a new form of media emerges, there are early adopters and rejecters.

I wouldn’t throw my whole lot in with either camp. Some things are certainly fads, and it doesn’t make sense to invest much effort in them. Other things are solid, and we can resist them to our own insignificance.

Wisdom is knowing which is which.

Social media is here to stay. At once it represents technology at its finest, and humanity at its worst. But the same was said of television, and cinema, and probably the printing press.

So we can treat it as our god, which some people do, and their entire day revolves around consuming and interacting with every bit of information the 24-hour feed will deliver to them. We can treat it as Satan, which others do and rail against the evils that come through MySpace (not realizing that, maybe the Devil left there, too).

Or we can choose a smart approach somewhere between the extremes.

As is probably evident, I am a big believer in the advantages of social media. I know there are negative issues that come along with it. But let’s be honest. If you look around your kitchen or workshop you will probably find 10 or more awesome tools that can leave bad results.

Social media is a tool. A tool in the wrong hands is dangerous.

Social media is a tool. A tool in the wrong hands is dangerous. A tool in good hands is extremely useful. Churches and leaders that remain absent from social media are not able to use this tool to expand the Kingdom.

Here are three ways social media can be a blessing for leadership in the Church.

Engage in the parallel life that many people have online. They're already there. Their friends are already there. If we encourage people to interact with our church via social media, they are more likely to use it as a missional tool with their friends.

You would encourage a soccer coach in your church to develop a mission mindset through that skill set and venue. You would empower a Christian businesswoman to use her marketplace platform to build the Kingdom.

So why not encourage the majority of those in your church, who are already in touch with nearly half of their community online, to actively engage in reaching people with what they have in their hand anyway? They are already engaged. They just need to be encouraged toward a mission focus.

A pastor, Sunday school teacher, women’s director, youth pastor, any leader who does not encourage their people to engage in mission on social media is missing a great opportunity to reach a huge segment of the culture.

One of the issues in the church for years has been a sort of distance and subsequent disconnect between the pew and the pulpit. It is difficult, if not impossible, for a pastor to know and be known by the majority of the people in his church. This is especially true as the church grows. I’m not saying this is good or bad. It just is.

Along the way, there can be a dehumanization of the leader. If a person only sees the pastor for an hour on Sunday, it can subconsciously give the impression that he is only a point of information.

Obviously I spend a lot of time on social media. But I have a very specific reason for that. The primary way I influence people is not by speaking at a conference — It is through social media. Regardless of the size audience I may have at a national conference, the ongoing Twitter connection is much broader.

While I spark conversations about statistics, church, culture, strategy, etc. on Twitter, most of my social media followers know I have daughters, because I talk about them. If I take them and their friends to a Taylor Swift concert, I tweet about it, in all its pain!

When one of my daughters was quite sick, I tweeted about it. I express my adoration for my wife online. Social media helps me go from just being a speaker/author to being a man who loves his family as he goes through a regular life.

Social media helps me go from just being a speaker/author to being a man who loves his family.

It is important for the people you are leading to see you as more than a leader on a stage. Social media can help shorten the distance between the pulpit and the pew.

There are plenty of significant leaders who are not on Twitter or Facebook … yet. But I think more and more people who want to have a lasting impact are joining social media.

Joining social media doesn’t mean you have to play Candy Crush on Facebook. You can control how much you engage. You can interact on Twitter from your cell phone and not even worry about getting bogged down in email activity.

One of the great things social media does is enables quality leaders to broaden their influence and impact. I can be at a conference and hear someone new, and if I like what they are saying or doing, I can tweet them out to my friends on social media.

Most people don’t know what C.S. Lewis wrote because they have actually read his work. They can quote Lewis, or Bonhoeffer, or Elisabeth Elliot because someone else read what they wrote and then shared it with others.

If these people hadn’t engaged in the prevalent media of their day (print), their profound influence would be quite limited.

We know about Jesus because faithful men wrote down what He said. Now we can embrace those comforting and challenging words in our own lives. Your ministry can have greater returns if you extend it through social media.

What would you add to the list of ways social media is helpful for leaders? What is the main benefit for you to be on social media?