Social media is the new town square. Study the culture, and connect your church with your community.
Ed Stetzer 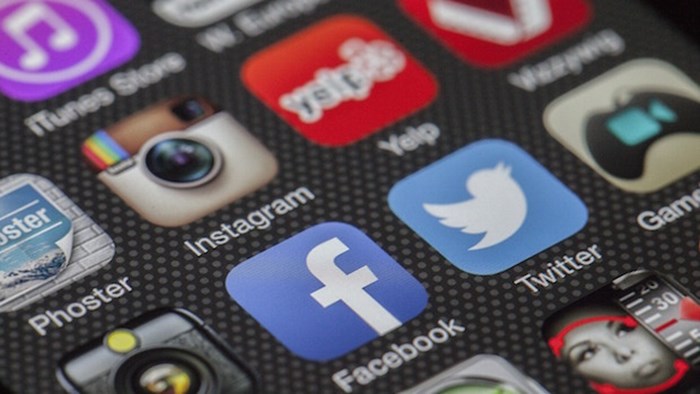 My mother-in-law is on Facebook, which can be, well, fun. The same is true for my teenage daughter.

Actually, about three-fourths of online adults are on some form of social networking.

This means that for the sake of the gospel and the mission, your church needs to have a voice there as well.

Throughout history, people of all generations have gathered in town squares—public spaces where the local community gathers for social and commercial purposes. In the old days, it used to be a literal "town square," and it still is in some places. Until social media came around, town squares were shopping malls and other social areas. Social media is the 21st century town square.

People today aren’t sitting around in debate clubs. They aren’t going to the town squares in the middle of cities. Instead, they’re having discussions on social media. It’s where people are gathering, debating, discussing ideas and connecting with others. Why wouldn’t you want to be there?

If churches truly want to see the Gospel impact and influence a community, they should go to the place where the most significant conversation is actually taking place right now. Today, that’s on social media.

Let's take a look at some stats from Pew Research for three major social media platforms: Facebook, Twitter, and Instagram, which are going to be the most important for your church to engage. Pinterest is an important one, but really only among women. If you are able, you would be wise to set up a sort of women's ministry Pinterest account, but you probably don't need a church-wide account on that platform.

In short, everyone uses Facebook. There is no one demographic that is significantly more attracted to Facebook than others, though women of all background are more likely than men to be on Facebook.

What about age groups? How does each generation use Facebook? The stats are unsurprising, but for the first time ever, more than half of online adults over the age of 65 are using Facebook. Here's the breakdown:

It's fair to say that your church needs to have a presence on Facebook. The vast majority of online adults are there, so you should be. But Facebook isn't the online social network people are using.

Pew Research reports, as of 2014, "52% of online adults now use two or more social media sites, a significant increase from 2013, when it stood at 42% of internet users."

Twitter users tend to be racially diverse, but they amidst their racial diversity, it does seem that many Twitter users are young, college-educated, wealthy, and living in urban areas.

Suffice to say, Twitter is a good place for your church to be no matter what, but especially if you're in an upper-middle class city or university setting. Set up and account and connect with your community.

Instagram is almost as racially diverse as Twitter, but it is actually more popular among African Americans and Latinos than it is among White people. According to Pew's statistics, the most common Instagram user is likely an African American woman between ages 18-29 who's had some college education and lives in an urban area.

Because people are are there, here a few things church leadership should consider.

First, every church should have an active Facebook presence—and that presence must be public and not simply a semi-private group page. A group page is acceptable for internal communication, but every church needs to have a public page as well.

A Facebook page’s full potential is seen with two-way conversations and not just one-way announcements.

Social media is no longer a fad. It is established in our culture.

Facebook is a great way to engage with guests after they've visited your church, though that is probably best done through someone's personal account and not the official church Facebook page.

One of the ways I've seen Facebook put to great use by churches and other ministries is in the area of prayer. Today, it can be pretty tough to make sure you have everyone's most current email address, which makes emailing major church issues or announcements and asking for prayer somewhat difficult. Through Facebook though, your church can share a major prayer request or physical need someone may have, and instantly, church members or people in the community can respond and help in any way they can.

Further, Instagram is a platform that gives your church an opportunity to share pictures of your ministry, promotional videos for upcoming events, and even encouraging quotes or Bible verses. Instagram is especially important among younger demographics.

“All Things to All People”

Social media is no longer a fad. It is established in our culture. And churches should do everything they can to engage the public in this forum. As of January 2014, 74% of all adults who have some sort of presence online use social media—your church needs to be accessible there.

With some strategic thought, churches can reach those who are regularly using social media. The Apostle Paul provides some insight for churches that are still on the fence:

“I have become all things to all people, so that I may byevery possible means save some. Now I do all this because of the gospel, so I may become a partner in its benefits” (1 Corinthians 9:22b-23, emphasis added).Chris Martin contributed to this blog post.

All of the stats in this blog post are from Pew Research Center's 2014 Social Media Update, which you can access here.