Pastor Mark DeYmaz shares his thoughts on new LifeWay Research data on segregation and the church. 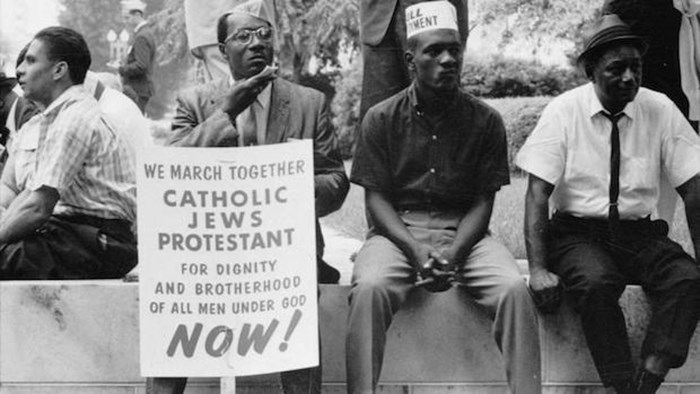 The following post is by Mark DeYmaz. Mark is the founding pastor of Mosaic Church a multiethnic and economically diverse congregation in the urban center of Little Rock, AR; and co-founder of the Mosaix Global Network where he also serves as the executive director. He is widely respected as a catalytic leader, experienced practitioner, and author of numerous books, including Building a Healthy Multi-ethnic Church.

On January 15, 2015, Christianity Today published an article on its blog, Gleanings, entitled, “Sunday Morning Segregation: Most Worshipers Feel Their Church Has Enough Diversity.” The article written by my friend, Bob Smietana, of Facts & Trends, cited recent findings of a study of church segregation by Nashville-based LifeWay Research, including these:

Such findings prompted Bob to write, “Sunday morning remains one of the most segregated hours in American life…and most worshipers think their church is fine the way it is.” And he’s right.

Yet there’s another equally valid way to interpret the data, one that is much more promising and positive given the fact that twenty-five years ago, even fifteen years ago, very few were even asking the questions.

Based on this research, the flip side of the findings mentioned above are these:

To be clear I am not at all challenging the research or in any other way suggesting it's flawed. Rather, what I'd like to point out is just how far we've come in this regard, even while the current snapshot suggests we're not there yet.

With apologies to many individuals and organizations otherwise worthy of mention, here’s a condensed history of the advance of local church diversity through the years as a concern and intended target for those seeking to present a credible message of God’s love for all people in an increasingly diverse society.

1960s – Throughout the decade both Graham and Dr. Martin Luther King bemoan the fact that eleven o’clock on Sunday morning is the most segregated hour of the week, repeating an observation first made at the end of the nineteenth century. Circle Church is planted by David Mains in Chicago, IL. His book, Full Circle, is the first of its kind to proclaim a multiethnic vision for the local church, though not long after it was published the effort failed.

A few books on the subject are published including Breaking Down Walls (1994), Racial Equality in the Church and One New People (1996), and Where the Nations Meet (1998).

2000s – More Than Equals (2000) and Divided By Faith are published (2001). The latter is a seminal work, by Michael Emerson and Christian Smith, which documents and denounces systemic segregation in the local church and its impact on society. Many more pastors such as Mark DeYmaz, Eugene Cho, Efrem Smith, and Kevin Haah, plant multiethnic, justice seeking, communities of faith; while others like Dana Baker, Wayne Scmidt, Chris Beard, John Johnson, and Beau Hughes, help lead their homogenous churches to transition.

Many more influential books are published including, United By Faith (2003), Multicultural Ministry (2004), A Mosaic of Believers and One Body One Spirit (2005), Reconciliation Blues (2006), Building a Healthy Multi-ethnic Church and Consuming Jesus (2007), The American Church in Crisis (2008), The Next Evangelicalism and The Color of Church (2009), to define the biblical theology, core commitments, common challenges, and best practices, of practical multiethnic and economically diverse local church ministry. Evangelical conferences, like Exponential, begin to offer workshops and pre-conference experiences focused on the subject.

2010s – The rising tides of socio-political injustice, changing demographics, and racial disparity in America, draw an increasing number of pastors, denominations, and networks, into the multiethnic church conversation. For three years Outreach magazine devotes an entire column to the subject (2010 – 2012); while front-page articles appear in the New York Times, USA Today, and the Washington Post, featuring changing attitudes and practice. Mosaix hosts its first national conference on the multiethnic church (2010) drawing 400 leaders from thirty-one states; similarly, 1,000 attend its next conference in 2013. Evangelical conferences begin to diversify their main stages; seminaries begin to offer graduate courses in the subject; and Leadership Network facilitates a two-year multiethnic church learning community for thirty pastors.

More credible works are published including, Leading a Healthy Multi-ethnic Church and Many Colors (2010), Church Diversity (2011), The Post-Black and Post-White Church (2012), Bridging the Diversity Gap (2013), Disunity in Christ and Red, Brown, Yellow, Black and White – Who’s More Precious In His Sight (2014). A new, younger, generation of like-minded pastors, church planters, academics, and writers, arises to embrace and validate the vision, their names too many to mention.

From this brief history, and in consideration of current realities, we should recognize that local church diversity is an idea whose time may not yet have arrived, but is now well established and here to stay. As I’ve tried to demonstrate, a forerunner stage (prior to 2000) has given way to the pioneer stage of a growing Movement that will again transition to an early adopter stage by 2020 - a time when it's believed that twenty percent of churches will have at least twenty percent diversity in their attending membership.

Even as I write a historic gathering is being planned for March at Gordon-Conwell Theological Seminary in Charlotte, NC. The two-day event, facilitated by Mosaix, will bring together key leadership from more than twenty denominations and networks to discuss future collaboration in an effort to advance multiethnic church planning and transition over the next ten years.

All such progress and influence, then, will continue to shape the attitudes of American churchgoers on this issue; and in time, I believe, ethnically diverse churches will become the standard and norm for those seeking to present a credible message of God’s love for all people in an increasingly diverse society. As Chris Rice has written:

Yes, deep reconciliation will produce justice, and new relationships between the races. Yes this will lead Christians to become a bright light in the public square. But I have become convinced that God is not very interested in the church healing the race problem. I believe it is more true that God is using race to heal the church.