Cognitive Dissonance with Life and Death: Thoughts on Planned Parenthood

Kelly Rosati, Vice President at Focus on the Family, writes about our callousness to the life and death of the preborn.
Kelly Rosati 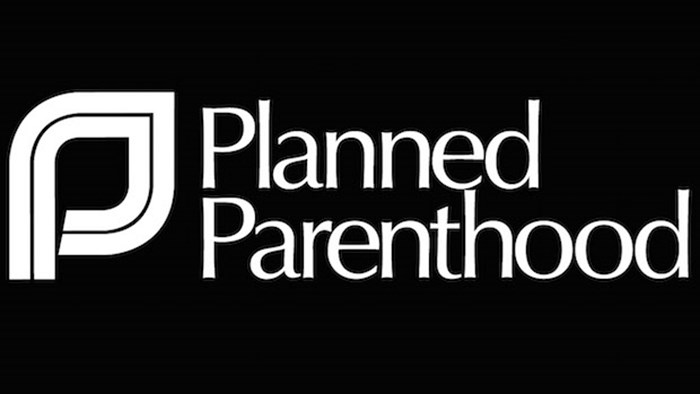 Today, I'm hosting a guest post from Kelly Rosati. Kelly is the vice president of Community Outreach at Focus on the Family where she oversees the Adoption & Orphan Care Initiative and the Sanctity of Human Life department. Rosati also directs the Option Ultrasound Program and Focus' Community Care efforts. Kelly has written for the blog a number of times before, most recently here and here.

Last year, I hosted Kelly on The Exchange for a discussion about her work at Focus. She wrote a post for me last week on the recent coverage and revelations regarding Planned Parenthood, and I wanted to wait until after the third video was posted to run her piece. She was quoted yesterday in the Washington Post on the wave of reaction to Planned Parenthood. Her words are urgent, and I hope this provokes us to action.

[NOTE: Since I wrote this piece last week, a third Planned Parenthood video has been released. It is even more grotesque than its predecessors, if that’s possible.]

“Modern ultrasound technology produces a more-detailed image of an unborn baby’s features,” reads the photo caption in the July 17 Wall Street Journal story. The article explores whether too many ultrasound scans during pregnancy could be unhealthy for unborn children, noting that experts have begun advising women that frequent scans for low-risk pregnancies aren’t medically justified. “Routine scans do not seem to be associated with reductions in adverse outcomes for babies,” notes one study.

Where has our logic gone?

How can we have reasonable and compassionate concern for healthy “outcomes” for babies in the womb while at the same time, news of the atrocities committed by Planned Parenthood continues to unfold?

How can beautiful in utero pictures fill the baby books and social media pages of parents across the nation at the same time preborn children are coolly destroyed—and the possible sale of their parts is negotiated over lunch?

Medical professionals may debate whether frequent ultrasounds are ultimately safe for moms and babies, but we can all agree that ultrasounds are not safe when they are performed by Planned Parenthood. In the hands of that organization, a sonogram machine becomes a search-and-destroy device.

Not every part of the baby is destroyed, of course—only those that cannot later be turned over for a “price” to researchers. Because, in the words of Mary Gatter, Medical Director of Planned Parenthood Pasadena and “star” of the second damning video released this week, compensation for harvesting fetal body parts “has to be big enough that it’s worthwhile for me.”

Thanks to the two videos released thus far by the Center for Medical Progress, Planned Parenthood has repeatedly been the number one trending topic on Twitter. This is not surprising, considering the fact that both clips contain horrifying, scandalous statements made by top officials from a multi-million dollar government contractor. And yet the mainstream press has, by-and-large, offered a collective “yawn.”

Thankfully, a number of media outlets began to stand up and take notice when the second video was released this week. In it, Ms. Gatter, sitting in a booth at a business lunch while holiday music plays in the background, describes using “less crunchy” abortion techniques to extract intact body parts for her prospective “buyers.” She appears to negotiate a price of $100 per intact specimen, but then adds, “Let me just figure out what other [Planned Parenthood affiliates in California] are getting, and if this is in the ballpark, then it’s fine. If it’s still low, then we can bump it up. I want a Lamborghini.”

There are no words.

These wake-up call videos have done more than just energize the weary pro-life advocates—those in the trenches who continue to believe (naively, some cynics would say) that a day is coming when society will once again protect the human rights of preborn children. The Planned Parenthood scandal has also brought to life many “regular” pro-life people who are not usually engaged with this issue on a daily basis. They have been living their lives, minding their own business, not wanting to be zealous crusaders. But they find it impossible not to talk about this horror. They are speaking out—on Facebook, on Twitter, and in conversations with family or friends. They are not dissuaded when Planned Parenthood claims, “The comments were taken out of context!” (This is an especially strange defense considering that both videos can be easily viewed in full, with no editing). Instead, citizens are asking, “In what context would these comments ever be acceptable?”

Even on TV, Brit Hume, a rare pro-life voice in the media, cut through the clutter when he said that the video “demonstrates a callousness toward the killing of a human life that is, I think, a product of the abortion culture and where it has taken us… It raises a deeper moral question about where all this is taking us.”

None of this will change the minds of the committed abortion rights community, of course. They will continue to characterize these videos as an “attack” on their rights and freedoms.

But here are the questions of the hour: Will the Planned Parenthood scandal be enough to tip some of those in the middle, those who are “on the fence” when it comes to abortion? Will it be enough to crack the formerly impenetrable wall of pro-choice politicians and those in the media who have the power to so heavily influence this national discussion?

Will death, dismemberment and the perception of selling body parts over wine, salad, and holiday music finally move us in a direction where we, as a culture, are willing to do what it takes to embrace both women and preborn children? Time will tell. Meanwhile, it sounds like more videos are coming.

Cognitive Dissonance with Life and Death: Thoughts on Planned Parenthood