Why does church membership matter? Why is church attendance not enough?
Ed Stetzer 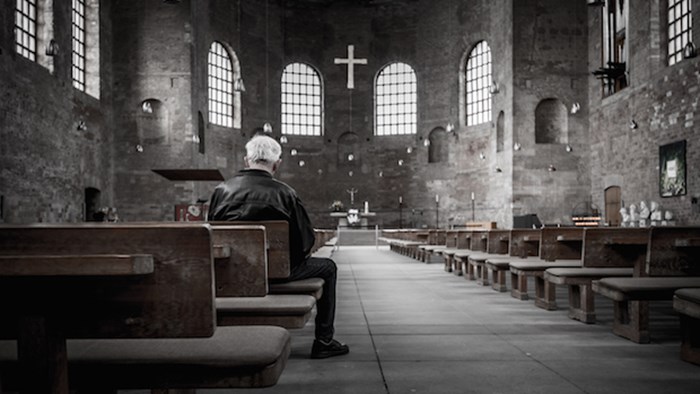 This article originally appeared in Outreach Magazine. Be sure to check them out and subscribe here.

It isn’t that people in culture are against membership as an idea—Costco seems to be doing well.

Perhaps it is because church membership is not often defined well. It’s one of those things that when misunderstood seems a bit like eating your spinach—“at least try it before you decide you don’t like it.”

Makes you want to sign right up, doesn’t it?

But in the New Testament, people in churches are recognized as being in some sort of community. It’s just that the reality is how community is expressed in Scripture has fallen on hard times over the last couple of thousand years.

Membership is often misunderstood, misapplied or not applied at all.

The reality is we have often thought of membership like belonging to a select club, or like the old American Express commercial where “membership has its privileges.”

That is not the way the Bible refers to membership. In fact, in 1 Corinthians Paul doesn’t say the church is like a body. He says the church is a body. The phrase he uses to describe the individual connectedness is we are “members of the body.”

Membership is often misunderstood, misapplied or not applied at all.

The word “member” in the Bible is more closely related to the medical word “member” than it is to the common cultural term. As an example, some of you who are reading may have lost a finger or toe in an accident. On that unfortunate day, you were dismembered. That’s the actual technical terminology. A member of your body was separated from the body. That is a tragic thing.

Yet today in Western culture, being separated from the body of believers is not tragic. It’s almost normal. It is almost understood that Christians and churches should be separated. Lone Ranger Christians are common.

Why then do we have membership? Because regardless of how the culture sees it or Christians misunderstand it, membership is not simply an opportunity to say, I’m a part of a club, but rather a scriptural expression of covenant connectedness to a church.

There are three things that help us understand why church membership is biblical and important.

1. Membership Reflects What the Church Is.

First, membership is a reflection of the organic community already existing in the body. Paul says we are a body. Can one part say to the other, “I’m not part of you”? No, it is already a part. But too often we live as if we are separated.

As a matter of fact, too many churches or Christian gatherings look like piles of dismembered body parts, not a body knit together as God’s agent, his body, his kingdom, at work in the world. To reject the value of membership is to deny what God has already established in fact.

We find in Paul’s letters to the church at Corinth that they were putting people out of the body. So Scripture teaches that we can be a part of the body, and we can be apart from the body. It is difficult to get around Scripture when it talks about being brought into the body and also being put out of it.

And yet for most churches there’s no way to put somebody out because they’re not even in. While there seems to be flexibility according to various bodies, there is no such thing in the New Testament as a church without some recognition of belonging—of membership in community.

People need membership commitment because they need to be connected to a Christian community.

Individualist Christianity is a myth and a damaging pursuit. At the end of the day we’re redeemed. We’re placed in the body. The Bible specifically says he has redeemed us. He has transferred us, Colossians 1 says, from the domain of darkness into the kingdom of the Son he loves. A kingdom has a king. The king has subjects and his kingdom has a community together where we function as God’s people.

God makes us a part of his larger family when we are born again. But then we should covenant in a local body and live in community with them, agreeing to live by certain established godly principles and standards.

Membership doesn’t save us. But it enables us to grow and become spiritually mature in Christ. Not only should we be members of the body, each of us should also be able to express the value of membership. Hopefully, then people will stop squirming when we bring up the topic, but instead passionately embrace the biblical nature of church membership.