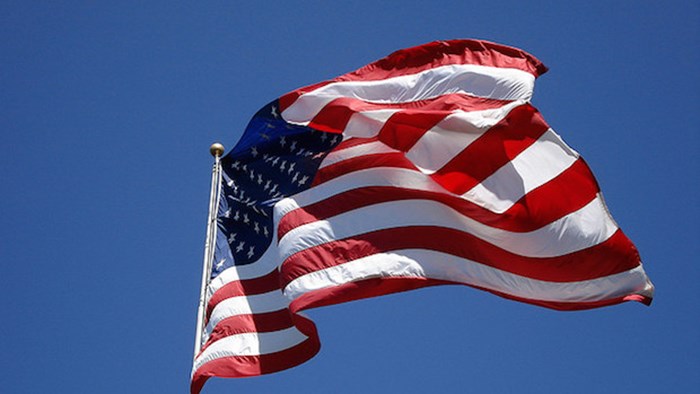 God and America: It's Complicated—Morgan Lee

Christianity Today has a helpful look at our LifeWay Research data and additional data from PRRI.

We will be doing more research to see how Americans, particularly evangelicals, but also secular people, view America after the recent Supreme Court and other political actions.

This Fourth of July, God and America have a complicated relationship.

A third of Americans say the United States is a Christian nation. But more than half say the country has a special relationship with the Almighty.

Those are among the findings of two newly released reports from Public Religion Research Institute (PRRI) and LifeWay Research.

According to LifeWay's report, slightly more than half of all Americans (54%) say the US has a special relationship with God, with 35 percent strongly agreeing with this perspective.

African Americans (62%) are more likely than white Americans (51%) to claim that America has a special relationship with God.

More than two-thirds of evangelicals (67 percent) believe in this unique relationship. Others who strongly hold this perspective include Southerners (59%), those with a high school degree or less (66%), women (58%), and older evangelicals over 45 (71%).

It is fascinating to see two things:

1. The video made by Catholic Vote and how many are viewing it.
2. The response (represented here by the Huffington Post) from progressives.

I get the need to mock the video from same-sex marriage supporters. However, are we really not going to acknowledge that speaking against same-sex marriage is now costly? Perhaps you’ve not been following the news.

So, yes, video is overly dramatic, but perhaps Googling Brendan Eich might help progressives understand why Catholics might make such a video.

Or, perhaps a few words from Chief Justice Roberts in his dissenting opinion from the Supreme Court's same-sex marriage ruling might help:

The majority graciously suggests that religious believers may continue to “advocate” and “teach” their views of marriage. The First Amendment guarantees, however, the freedom to “exercise” religion. Ominously, that is not a word the majority uses. Hard questions arise when people of faith exercise religion in ways that may be seen to conflict with the new right to same-sex marriage—when, for example, a religious college provides married student housing only to opposite-sex married couples, or a religious adoption agency declines to place children with same-sex married couples…

Unfortunately, people of faith can take no comfort in the treatment they receive from the majority today...

Perhaps the most discouraging aspect of today’s decision is the extent to which the majority feels compelled to sully those on the other side of the debate. The majority offers a cursory assurance that it does not intend to disparage people who, as a matter of conscience, cannot accept samesex marriage. That disclaimer is hard to square with the very next sentence, in which the majority explains that “the necessary consequence” of laws codifying the traditional definition of marriage is to “demea[n] or stigmatiz[e]” same-sex couples…

Or, you could just end the article as Scudera does, which sorta’ makes their point, "Yes, it is harsh being labeled a bigot. But you brought that on yourself."

Catholic Vote has created a video, "Not Alone," in opposition to last week's Supreme Court ruling granting same-sex couples the right to marry. On their website, they tell us that the video is about "6 courageous young people" who want to "tell the world" that they are not afraid to express their views against same-sex marriage.

I’m a bad Greek user and a frequent Bible program user, but I like the idea of keeping up with the Greek. Here’s a tool that helps from scholars I appreciate!

Will you be a reader of the Greek New Testament? By now, you've set a trajectory for the rest of your life. You are either going to be someone who continues delving into the GNT for life - or, you'll abandon your hard-earned knowledge.

In the European Journal of Social Psychology, Phillippa Lally reports that the average time needed to form a new habit is 66 days. In her study, some people formed a habit in as little as 18 days. The
longest time needed was 254 days.

The good news is that - at any point - you can start building towards the habit of reading and studying the Greek New Testament.

One painless way to begin this habit is to subscribe to the free daily 2-minute Greek screencast at www.DailyDoseOfGreek.com.

Also, in August, www.DailyDoseOfHebrew.com will launch. (Daily screencast by Mark Futato of RTS)

Start working towards a new habit today! Savor the Word of God in Greek!

New York Times bestselling author and speaker Stephen Mansfield joined me to discuss a wide range of topics, such as the faith of past and sitting presidents, church leadership, and manhood. Don't forget to join me every Tuesday at 3:00 PM Eastern for The Exchange.