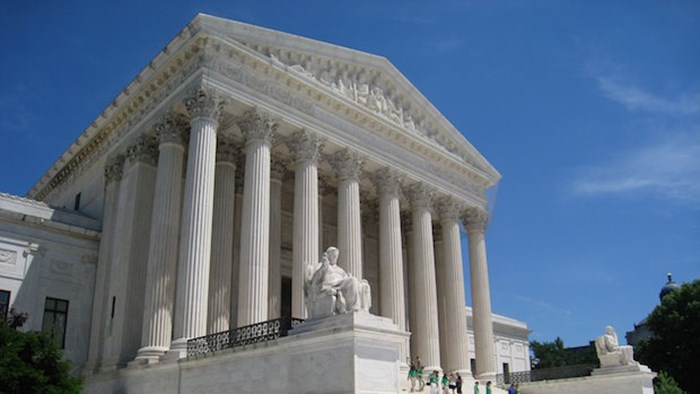 It’s a tricky thing to know the right source for information on the legal implications of the recent Supreme Court ruling. Let’s be fair, some of the best-known organizations raise funds by sounding the alarm about religious liberty. I’m not saying that they are wrong, and I should add, I am concerned about religion liberty issues.

However, I’ve had neighbors ask me if I’d be forced to do gay marriages now. One pastor in my area shouted he’d rather go to jail than do a same-sex wedding, even though any pastor can decline to do a wedding for any reason now. (He received a standing ovation.) Those are not the pressing issues.

Yet there are real issues. For example, I was speaking at, and watching the concerns of, chaplains at the Army Chief of Chaplains training where the new plans (and requirements) for same-sex marriage were explained.. And, I don’t think that people who have religious objections should be forced to bake cakes for gay weddings (or confederate ones, for that matter).

So, needless to say, those who hold that marriage should be (only) between a man and a woman are concerned about religious liberty issues. That being said, I found this, from the Berkley Center at Georgetown University to provide a helpful overview.

For many years, religious conservatives have been sounding alarms about the threat that marriage equality poses to religious freedom. As same-sex marriage spread across the United States and the world, those alarms became increasingly intense, with predictions that religious conservatives would suffer all manner of harms, from civil penalties to criminal sanctions. Now, in the immediate aftermath of the Supreme Court’s decision in Obergefell v. Hodges that the Constitution requires all states to recognize marriage equality, we’ve witnessed an outpouring of prophecies that the apocalypse for religious freedom is near. These prophets of doom are just wrong, except in one crucial respect. Virtually all of the publicly expressed predictions of the threat to religious freedom are either wrong or significantly overstated:

1) Clergy who teach that marriage is only for different sex couples, or who teach that acts of same-sex intimacy are sinful, will be punished for hate speech.

To the best of our knowledge, there has been only one such prosecution anywhere in the world—in Sweden, and that case ended in victory for the pastor. Several other nations have hate speech laws, which might conceivably extend to expression of anti-gay animus by religious leaders. But the United States has the most vigorous free speech culture in the world, and the Supreme Court has broadly and repeatedly rejected any notion that hateful speech about minority groups can be punished.

I thought this was a helpful look at science (and several other issues) from the General Social Survey. The GSS is the go to source for such data and is what my team and I used in recent articles in CNN and the Washington Post. And, please don’t disregard science—several of us wrote about why in a recent book from the National Association of Evangelicals.

If you want to understand religious trends, the GSS is your source and the RELTRAD is your tool.

I’ve not linked to Scot in a while, and that is a shame, so here is another article worth reading.

Though he and I differ a bit—I see a close connection between Kingdom and church and he sees it, well, even closer—I love his kingdom-shaped church emphasis and appreciate what he’s written here.

The following post is my set of notes for a lecture I give that plays off of Jeff Foxworthy’s famous humorous introductory line, “You may be a redneck if…”. This post then is about “You may be a kingdom mission church if…”

The lines are not expounded so there are just notes and lines about ideas that deserve development.

So kingdom theology shapes kingdom mission and these are formed by kingdom spiritual disciplines.

1. When the cruciform character of King Jesus shapes every major dimension of your local church.

Leaders help to form a culture.

Kingdom leaders are instruments for forming a kingdom culture.

On this episode of The Exchange, we have Anthony Evans, Jr., an artist, actor, producer and son of Dr. Tony Evans. Co-host Micah Fries sits with Anthony to discuss his faith journey, his career path, and what’s it like to be a believer in the entertainment industry.Don't forget to join me every Tuesday at 3:00 PM Eastern for The Exchange.