Progressive Christians promised us they would be prophetic voices among the Democratic party. Where are you?
Ed Stetzer 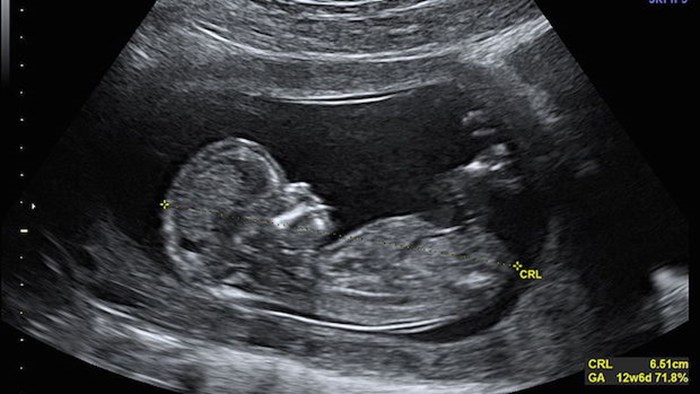 The Planned Parenthood video has received (and deserved) wide coverage. It should been seen by all who can handle watching it. Actually, if you care about justice, I think you should take the time to watch the whole video. The entire unedited version is available, despite many only referencing a “heavily edited” version.

Many have commented and that's encouraging. Yet, some have been conspicuously absent, when they've spoken up on so many other issues.

There are plenty of people pointing out the discrepancies in both statements, but the people who are strangely silent are the leaders of the Democratic Party and some progressive Christians who are often aligned with them.

That's not my opinion alone—Christopher Hale said as much in the Washington Post:

To date, no high-ranking Democrat in the United States has commented on the video. That’s unfortunate, because progressives should be leading the fight against this grotesque act of selectively removing and preserving aborted fetuses’ organs for scientific use...

Deeply rooted in the foundation of our nation is the belief that every human being has dignity and the right to live in that dignity. As progressives, we further believe that the government plays a crucial role in protecting that dignity, especially among those who face adverse societal conditions: the poor, the unemployed, the uninsured, immigrants, the LGBT community — and yes — pregnant women and their unborn children.

And he is right. The silence has been deafening.

Perhaps this can be explained, at least in part, by the Democratic National Convention meeting in 2012 at which abortion had become such a central element of the platform and convention.

At that time, I wrote:

In 1992, President Clinton talked about making abortion "safe, legal, and rare." Now the DNC cheers its mention—dozens of times—and never mentions the "rare." Perhaps the cheering points show us that the "rare" part was just a talking point from another era.

It's also worth noting that Cokie Roberts of NPR, hardly a bastion of conservatism, expressed the same shock that I did:

"I think this Democratic Convention was really over-the-top in terms of abortion. Every single speaker talked about abortion," Roberts said Sunday on ABC's "This Week."

I tweeted this at the time:

It deeply disturbs me to see a stadium full of people cheer whenever abortion is affirmed. #DNC2012

Where Are Mainline Protestants and Progressive Evangelicals?

Many others will debate the politics and the next steps, but I am wondering: where are the religious voices from the left on this issue?

Where are those bloggers, and speakers, and social justice organizations who have spoken up on so many injustices? (I will happily post those who've spoken up for the unborn child in this situation.)

Where are the mainline denominational leaders speaking up, while millions of people in their churches have heard the news or watched the video and wonder where their church stands?

And, most of all, where's the voice of some of those progressive evangelicals who once promised that, though they were broadening the pro-life agenda to include peace, the environment, and social justice, assured us they would not lose sight of the life of the unborn?

Will the Source Mute the Concern?

Sadly, the outrage over the contents of this video has mostly been found among conservative voices, mainline voices are largely absent, and progressive evangelical voices are few.

Many appear concerned about the source and the editing of the video. But let's not discount the tragedy because we don't like those who brought it to light. "The video is misleading and heavily edited!," you say, but is what's clear in the unedited version is not horrible enough for your to say something?

As Timothy Stanley says in an artilce at CNN.com:

All of this [Planned Parenthood defense] may well be true. But it skips over the bigger ethical questions that the video raises. It's like watching Hannibal Lecter discuss making a human casserole and protesting that all the ingredients were provided willingly.

At the end of the day, we have a video over two hours long discussing what really takes place in the world of the abortion industry. And, that's a justice issue.

First Timothy 4:2 talks about our consciences being seared. We know the Democratic Party has set its face like flint with the advocates of abortion, or to be fair to their terminology, to be "pro-choice." We know the media, as evidenced by their handling of Planned Parenthood and Komen, will often not give a fair hearing to these concerns—even after Gosnell.

But people of faith, Mainline Protestants and progressive evangelicals, don't let your conscience be seared. Don't let your heart be deadened to the plight of the unborn.

As you watch the video, ask yourself the question, "Is this what I signed up for?"

Will this video actually cause some mainline Christians and progressive evangelicals to think that, perhaps, the overwhelming embrace of abortion, or "choice," has led to this—an all out defense of an abortion doctor casually dismissing the crushing of human bodies in the womb in specific ways so that profitable organs can be preserved?

We Need You to Be Prophetic

Many progressive Christians worked hard not to be "single issue voters." However, if this moment does not bring you to outrage and to tears, there is something wrong. It simply must not be acceptable to discuss how best to take an unborn child's life so that a clinic can receive a "financial benefit.”

We disagree on a lot, and we agree on some, my mainline and progressive evangelical friends, but can we at least agree that this deserves your voice.

As we know, in the Christian tradition, there's a word for speaking out in this way. It's called being "prophetic." When you're too beholden to one political party or ideology, you lose your prophetic voice. That's what's happened to many a conservative evangelical, I know.

Yet, it can happen to all of us.

That's why I was encouraged to read this:

Now, I’m well aware that Planned Parenthood performs numerous procedures that have nothing to do with abortion, and often these practices are provided to low income families. So I’m certainly not going to pan an entire organization based on Nucatola’s uncaring demeanor. But my heart ached when I listened to Nucatola describe in gross detail her careful process for aborting a fetus without harming its organs.

In fact, I haven’t been able to get her words out of my head.

Which is why I decided to say something about how her words made me feel. Yes, I’m progressive. Yes, I’m not as hardcore on this issue as evangelicals. But I care about life, all life.

While I know that many Christians seem certain beyond all reason that life begins at conception, I’m frankly unsure when life begins. Maybe life does begin at conception. Or maybe it’s a few days or weeks later.

But at some point it does begin.

And certainly, by all accounts, Nucatola’s words were describing a life.

That's prophetic and it's from Mathew Paul Turner, not exactly a bastion of the right wing evangelicalism. I'm thankful for several tweets from Rachel Held Evans and comments from Elizabeth Esther. (Rachel also shared a blog she wrote a few years ago on why progressives should care about abortion.)

I am NOT saying this is an exhaustive list, but this is nothing like how the progressive blogosphere speaks up on most justice issues.

I debated naming the names of the prominent bloggers and even organizations who have been silent, but I've decide to "provoke to love and good deeds" (Hebrews 10:24) rather than to attempt to shame.

So, progressive religious leaders, please be prophetic to the left as you've been to the right.

Sadly, we can all point out that conservative evangelicals often have not been—and you've loudly critiqued us for it. Conservative evangelicals were too beholden to the GOP, which promised much on a social agenda but delivered little. Because of politics, many were left unable or unwilling to speak to issues of greed and lack of concern for the poor.

I have written before how many conservative evangelicals have confused rightwing politics for the gospel and, in turn, hindered their witness with the unchurched, who are more likely to be democrats. And, I've joined you in speaking up for immigration reform, on racial injustice, and much more.

On the other hand, we now find some Mainline Protestants and progressive evangelicals unable to speak prophetically to the Democratic Party—even as we watch the graphic discussion of how clinics can benefit at the expense of the dismemberment of unborn children.

Prophetic Words for Those Who Cannot Speak Themselves

But at some point, abortion is an issue that involves a person who has no voice. She’s not a liver. Or a heart. Or a pair of lungs. She’s a life.

I must speak up for her.

Will you join him and speak up for her?

Where are the Mainline and Progressive Evangelical ...