Jesus served people he came to save. We should join him in that mission.
Ed Stetzer 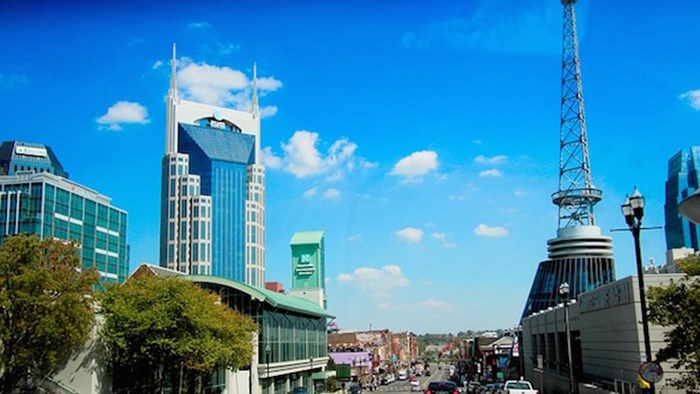 This article originally appeared in Outreach Magazine. Be sure to check them out and subscribe here.

There is much talk today about “seeking the welfare of the city.” To various people it means different things. As a biblical phrase, it has serious missional connotations. I want to look at what that phrase means to us in the church today, and also tease out what it doesn’t mean.

First, let’s look at the Scripture which gives us this famous phrase. Jeremiah 29:4–7 says, “This is what the Lord of Hosts, the God of Israel says to all the exiles I deported from Jerusalem to Babylon: ‘Build houses and live in them, Plant gardens and eat their produce. Take wives and have sons and daughters. Take wives for your sons and give your daughters to men in marriage so that they may bear sons and daughters. Multiply there; do not decrease. Seek the welfare of the city I have deported you to. Pray to the Lord on its behalf, for when it has prosperity, you will prosper.’”

When we talk about seeking the welfare of the city we must remember the city is dead in its trespasses and sins.

Jeremiah was writing to a people who did not want to be where they were. God had made them slaves of their enemies because of their idolatrous ways. The prophet told them they would be in Babylon for 70 years so they should make themselves at home and not have a bad attitude. Rather, they should live as God’s blessed people and even seek God’s favor for the land of their captors.

While I think “seeking the welfare of the city” is a good and helpful phrase, the question people often ask is, “How do we do that?”

We aren’t talking about some government institutionalized welfare program that often keeps people impoverished. Seeking the welfare of the city is about working in the material and spiritual realms to make sure people are actually moving in the right direction. The idea is that if the people are in a better situation, they will see the hand of God at work through His people.

People are not satisfied to be personally blessed, but want the blessing of a loving God throughout the culture. But how much of our life should be spent making things better for the community? Societal engagement and community activism is a good thing that’s part of the mission. But that’s not all of it.

Jesus Cared for his City

Our mission is to join Jesus on his mission, and in John 20:21 Jesus says, “As the Father has sent me, so send I you.” We are sent as he was sent. So what does that mean for us? Did Jesus seek the welfare of his city? And if so, how? I

In Luke 4 Jesus begins his public ministry by saying, “The Spirit of the Lord is on me. He has anointed me to preach the good news to the poor. He has sent me to proclaim freedom to the captives, recovery of sight to the blind, to set free the oppressed, to proclaim the year of the Lord’s favor.” Then he rolls up the scroll and says, “Today as you listen, this Scripture has been fulfilled.”

Our mission is to join Jesus on his mission.

If we join Jesus on his mission, I think that we too will serve those who are hurting. In fact, I think the world is often confused when they see a church that claims to follow Jesus but is not actually doing much of what Jesus did. They know he healed the sick and ministered to the hurting. And they wonder why a church is unengaged in these areas.

Luke wrote in the book of Acts that, “Jesus went about doing good and healing all who were under the tyranny of the Devil, because God was with him.” There was eternal context for the good Jesus did. You see, Jesus didn’t just come to fix brokenness in the world. His mission wasn’t to make it a better place to live. He actually came to make it live.

Luke 19:10 quotes Jesus as saying, “I have come to seek and save those who are lost.” Jesus came serving. But he also came saving. The Bible teaches us people are not only hurting, but are dead in their trespasses and sins.

When we talk about seeking the welfare of the city we must remember the city is dead in its trespasses and sins. Jesus looked over Jerusalem and wept because they were like sheep without a shepherd. Why? They needed the good news of the gospel. If we’re going to serve the city, we should join Jesus in his full mission. We should go serving and saving. We do that by offering not just a meal or a touch, but offering them the Savior of the world.

A Legacy of the Church

The idea of serving in our community is not a new one. The greatest growth of the early church came in the second and third centuries when plagues swept through the empire. In the book, Cities of God, Rodney Stark talks about how Christianity became an urban religion and conquered Rome. Everyone fled the cities because that’s where the disease was. They burned the bridges into their towns, and they ran away from the sick . . . except the Christians.

We should be about the mission of Jesus: serving the hurting, seeking to save the lost.

Julian, a Roman emperor would even write about “these impious Galileans Christians support not only their own poor, but ours as well.” In seeing the care the believers showed for their communities, as they served the hurting, people were open to hear the good news of the gospel of the One who saves completely.

Service that is connected to saving—that was the pattern of Christ. So it should be our pattern as well. We should be about the mission of Jesus: serving the hurting, seeking to save the lost. That ultimately is how we seek the welfare of the city.

In an attempt to cover up the first murder, Cain responded to God by asking, “Am I my brother’s keeper?” Because of what Christ has done for us and the mission he has given us, we should look out at the city in which he has placed us and say, “I am my city’s keeper.”