How do we face unbelief? Barnabas Piper explains his new book.
Ed Stetzer 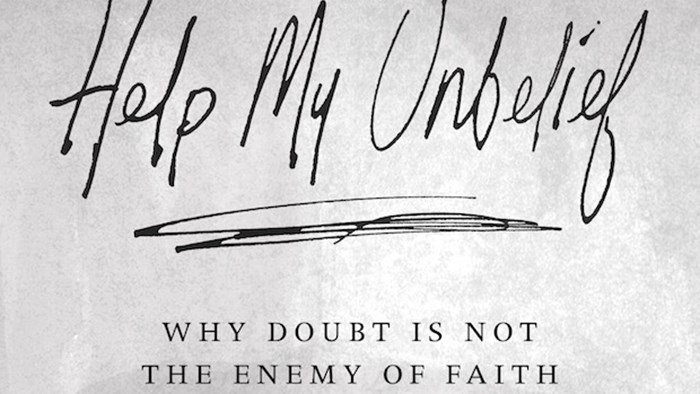 Today on the blog, we have an interview with Barnabas Piper. Barnabas works with me at LifeWay on the leadership development team. I've posted an interview with him in the past on his first book, The Pastor's Kid, but this time around, we're talking about his new book.

As of today, you can purchase Help My Unbelief, Barnabas' new book about how he worked through his skepticism as a pastor's kid and as a Christian in general. I think the book is a helpful resource, and I'm thankful to chat with Barnabas about the book on the blog today.

Barnabas Piper: I hope to connect with people in three different places of faith. On one end I want to rattle those who have never questioned or doubted or thought deeply They may appear to have a solid faith, but in many cases it is paper mache – a brittle veneer over emptiness. I want to push them into deep questions they’ve never considered because otherwise those questions will ambush them someday.

On the other end I want to help the perpetual questioner. Not all questions have concrete answers and they need to come to grips with that while finding deep confidence in God’s character. I want to help them question in a way that builds faith instead of undermining it.

As a pastor’s kid I knew all the answers about all the theology and Bible stories, but they were not the sole shaping force in my life.

In the middle I want to help believers who feel guilty about doubts and questions to see that those can be an asset. They don’t have to know all the answers or be afraid of not knowing. Those things are inevitable; that’s why we pray “I believe; help my unbelief.”

ES: I know you write about this in the book some, but can you share a bit about what it was that led you to waver in the faith of your youth?

BP: For me it was less an instance of skepticism (though there was plenty of that too) and more a case of knowing vs. believing. As a pastor’s kid I knew all the answers about all the theology and Bible stories, but they were not the sole shaping force in my life. They weren’t genuine belief, though I perceived them to be, so I kept some sins close and ended up paying a price. Through this I sorted through all that I claimed to believe – what was true and worth holding fast to? Which doctrines were essential and which were peripheral? What would the shaping force in my life be? I questioned everything. Through this God showed me the gap between what I assented to and what I held fast as belief.

ES: I understand you probably hate people bringing up your dad all the time, but as a child of a well-known pastor, your grappling with unbelief is, perhaps, more compelling than average. In what ways did having a “celebrity pastor” dad affect your struggle with faith in Christ?

BP: The tacit pressure to believe exactly like he does is always there. Just this week I was chastised on Twitter for doing things (according to a few people) differently than my dad would. It took me 25 years to learn what it meant to have a faith of my own, to come to God as Barnabas instead of trying to gain access to John Piper’s God. My dad has been for decades a bold preacher. He has influenced hundreds of thousands of people. While I think this is incredible and good it creates a paradigm, a mold for belief that is hard to break out of. It’s hard to be a questioner, to have doubts, to encounter Jesus in a fresh way. And I don’t mean because my dad made it difficult but because the pressure to fall in line and be “just so” is simply there. 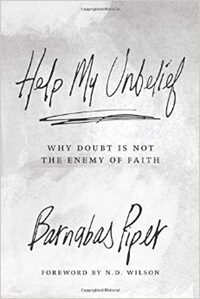 ES: I really appreciated chapter seven, called “How Do We Believe?” This is a key question, I think, because belief can feel sort of intangible and theoretical. In that chapter, you talk about the importance of relationships. How did relationships in your life, amidst your faith crisis, strengthen or weaken your ability to believe?

ES: You dedicated your book to your two daughters, encouraging them to believe when it’s hard. While you spend most of your book talking about fighting personal bouts with unbelief, do you have any words for parents who may be fighting unbelief in their kids?

BP: Don’t fight unbelief in your kids. At least don’t think of it as fighting. Belief, ultimately, is a miracle, death made life by the Holy Spirit. The Spirit can work in myriad ways, and questioning is a significant one. If your child has questions, isn’t sure about the Bible, or doesn’t know what to believe those are just as likely to be opportunities for the Spirit to liven his heart as for a drift into rebellion. As parents our job is to declare and display the work of the Spirit, our relationship with God, so that children can see where the answers to those questions truly lie. Don’t argue; answer. Don’t fight; exemplify. Don’t give up; pray.