Jeff Christopherson and Mac Lake's new book outlines the ways in which God can use individual churches to make a kingdom impact.
Ed Stetzer 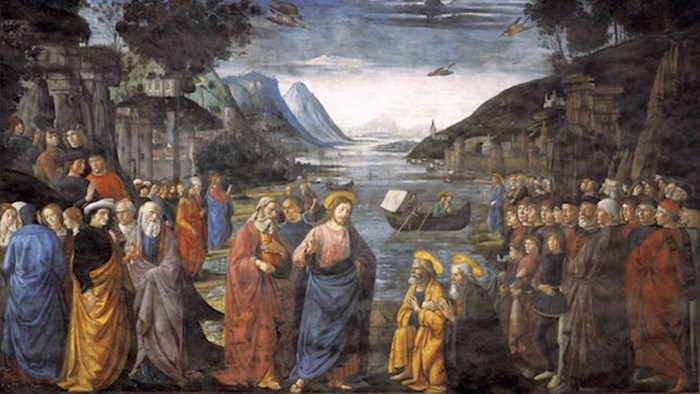 The following is the foreword I wrote for a Kingdom First: Starting Churches That Shape Movements by Jeff Christopherson with Mac Lake. I am thankful for this work, and I encourage you to check it out.

Church movements are tricky things, but the phrase has never been more popular.

People keep referring to themselves as “a movement for global change” or “a church planting movement.” If we're honest, however, that's usually not the case.

Why do so many people classify themselves as a movement? People want to be a part of one. I recognize that desire because I share it. I am a seeker of movements. I want one. We need one.

Yet, only God can create a movement—it takes His divine and sovereign work. But, based on my observations in history and around the world today, there do seem to be some patterns related to such movements.

The obvious question is, “What will it take for a church movement to start now?” Here are just a few ideas of many:

We need unreasonable men and women.

The comfortable do not create movements. Instead, they originate with those who are desperate, demanding something different. Movements come from those who become more committed than they are now.

We all need a cause bigger than ourselves, which can drive us to action with a holy dissatisfaction.

I'd say that when women and men allow their faith to be tamed by the world, they end up with a “nice religion” uninterested in the big issues like global evangelization, world poverty, and injustice. That's why I love passionate people. We need more, not less of them.

Christianity needs unreasonable people who are uncomfortable with the status quo and unwilling to be content with the current mode of life and church. We all need a cause bigger than ourselves, which can drive us to action with a holy dissatisfaction.

We need churches that are willing to sacrifice.

Seeing the Kingdom as more important than an individual church will take sacrifice, but that's what a movement is about. For so many churches that are simply trying to get by, however, that is an odd thing. Instead of a vision for the Kingdom, they have a vision for survival.

A movement takes churches that so believe in their mission and cause that they are willing to sacrifice for it—financially, congregationally and corporately. They are willing to give and go. Movement churches will sacrifice people to send out missionaries around the world and church planters across the nation.

Everyone loves a movement, as long as it looks great, but costs them little. A true movement will have a steep price, but those who are a part of it will recognize the immeasurable value.

Discipleship is the DNA of “movemental Christianity.” It is the basic building block of anything Jesus calls us to do, which is why it is central to the mission of God. Disciples are unreasonable because they want the world to know of Jesus and to live as those who are changed by the gospel's power. Disciples demand their churches sacrifice for greater gospel good.

Paul explained that when we become new creations in Christ, we are drafted into service. We go out on God’s behalf and offer reconciliation to the people in our lives. We don’t replace Christ, but we do join him in the grand plan of redemption. We join churches and sacrifice for the good of the Kingdom.

This book, Kingdom First: Starting Churches that Shape Movements, by Jeff Christopherson with Mac Lake, is a helpful tool to answer that very question. Throughout this text, Jeff walks the reader through the various necessities required for a real movement of the church, focused on the kingdom, powered by discipleship.

All sorts of factors play into church movements: leadership, purpose, communication, teamwork, and so much more. I am thankful for the ways in which Jeff has addressed all of these topics because each one of them plays an important role in real, effective Kingdom-centric movements of the global Church.

I hope that as you read and engage with Jeff’s book, you would be inspired to take the steps necessary to focus your discipleship-fueled multiplication on the good of the universal Kingdom of God.