Jackson Wu shares about how evangelism can happen in honor-shame cultures throughout the world. 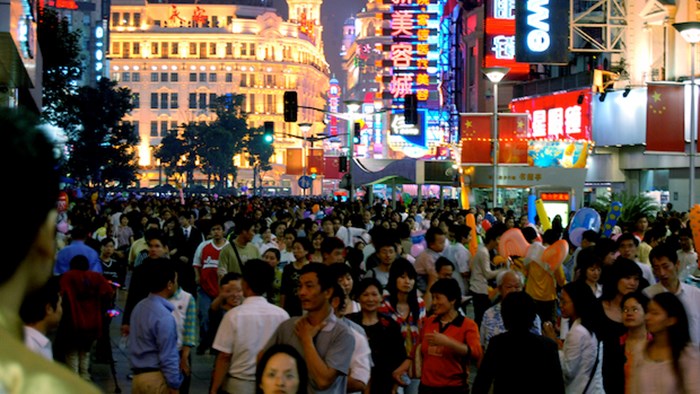 As most of you know, I'm a missiologist. I study the methods and means by which the church accomplishes the Great Commission through church planting and world evangelization.

Recently, someone approached me with a fascinating topic: the spread of the gospel in honor-shame cultures.

For the next three days, I'm going to be running a few posts in the same vein—looking at how the gospel spreads in honor-shame cultures.

The first post is from Jackson Wu. Jackson teaches theology and missiology in a seminary for Chinese church leaders. Previously, he also worked as a church planter. In the next month, he will release his second book One Gospel for All Nations: A Practical Approach to Biblical Contextualization. In addition to his published works, he maintains a blog at jacksonwu.org.

I hope you learn a lot from Jackson. Tomorrow, we'll have a second blog along the same topic.

I’ll never forget when an atheist, Chinese taxi driver shared the gospel with me. It was one of the best presentations I’ve heard.

He didn’t believe it, of course, but he had heard the message so many times that he could rattle it off like Billy Graham himself had trained him.

I had spent the past 15–20 minutes explaining the gospel in a way that made better sense in an “honor-shame” culture. Periodically, I would pause to see if he was really listening. Would he change the subject? To my surprise, he kept prodding me to say more. Although countless people had shared the gospel with him, he said no one had ever said anything like what he was now hearing.

I’ll never forget when an atheist, Chinese taxi driver shared the gospel with me.

I was curious, so I asked him to tell me what he had heard. That’s when he perfectly gave a typical Western gospel presentation: People had broken God’s law and deserved death; however, Jesus died to take away our penalty. So, whoever believes in him can have peace and eternal life.

Honor and Shame Are Essential to the Gospel

Traditional presentations mainly use legal language, focus on individuals, stress the futility of works, and appeal to people’s fear of pain, whether physical or psychological. I didn’t do that.

Instead, I highlighted a basic but often overlooked fact: honor and shame are inherent to the gospel.

What’s more, humans have a basic desire for honor. Everyone wants to be accepted and even praised by others. So-called “honor-shame” cultures exist in the East and the West.

With this mind, we should rethink how we do evangelism. If honor-shame remains a blind spot, we won’t see fully how the gospel addresses the needs of all people. Therefore, I will mention four key ideas for sharing the gospel in honor-shame cultures.

Focus more on who people are, not simply what they do.

There is no “me” apart from a vast network of relationships. No one is truly an “individual” and independent. People’s actions are interconnected. Many Westerners see identity in terms of uniqueness, one’s differences. Non-Westerners more often stress collective identity, how we’re similar. Both are true.

Talk about their relationships. Who are their functional saviors? Which relationships are regarded as most fundamental? Who are “insiders” and “outsiders” (and why)? How do people identify themselves?

In the process, you’ll find out what matters most to people. You’ll likely uncover their most treasured idols. Also, you’ll better identify biblical passages that best communicate gospel truth.

The gospel changes our fundamental identity. We join God’s family. Neither ethnicity, gender, titles, and not even social media determines our most basic identity.

Find out whom it is that people most want to please. Whose praise (or criticism) do they care about?

A Chinese idiom says it well, “People want ‘face’ like a tree wants bark.” Why? One’s “face” refers to how people value him or her. We could use other words like “respect” and “reputation.” To belong in a group (i.e. be accepted by others), having “face” is critical. Maybe this explains why a fifth of the world’s population is on Facebook.

The gospel exposes the danger of people pleasing or estimating worth based on the number of one’s Twitter followers. Jesus gave similar warnings (Matt 23:5–13). This doesn’t mean that seeking praise and honor is bad (Rom 2:7, 10). Instead, for the one who believes the gospel, “his praise is not from man but from God” (Rom 2:29).

Jesus prayed, “The glory that you have given me I have given to them that they may be one even as we are one” (John 17:22). What an amazing contrast to those at Babel (Gen 11:4), whose fear, insecurity, and pride led them to see the wrong sort of recognition.

In Rebecca DeYoung’s excellent book Vainglory, she gives a gospel perspective, “Acknowledging that our glory is already given [in Christ] also frees us from excessive attachment to our own accomplishments and reputation.”

To whom do people give their allegiance? Whom do they follow? For whom do they generally conform?

Honor-shame cultures tend to be more sensitive to hierarchy and social rank. One’s “face” is to linked to power. We share the glory (or shame) of those with whom we align. Ask any politician or advertiser.

Honor-shame cultures tend to be more sensitive to hierarchy and social rank.

For fear of rejection or loss of “face”, people might respond to authority by either blind conformity or even (in the West) by rejecting authority.

Since Jesus is king, the gospel challenges all other claims to power. Yet, the “King of glory” came as a servant, enduring the shame of the cross. Accordingly, our gospel presentations should make clear how Christ redefines power and honor.

Relationships are concrete. There is little patience for abstractions. Because image is everything, people quickly become suspect of presentations that promise much but show little.

In part, this will mean being up front about the cost of discipleship, the joy of gaining a worldwide family (Mark 10:30), and the power to obey Christ by faith.

After hearing traditional western presentations, Chinese often ask, “What does that have to do with me?” To my taxi driver friend, the gospel sounded too philosophical. It made no sense to him.

He wasn’t concerned about where he went after he died or whether God accepted his good works. But that day he was interested to hear more about this God who for the first time seemed to care about this life and not only the next one.