Building Families and Baby Boxes: A Response to a Recent Her.meneutics Post

Kelly Rosati and I address the criticism of The Drop Box film.
Ed Stetzer and Kelly Rosati 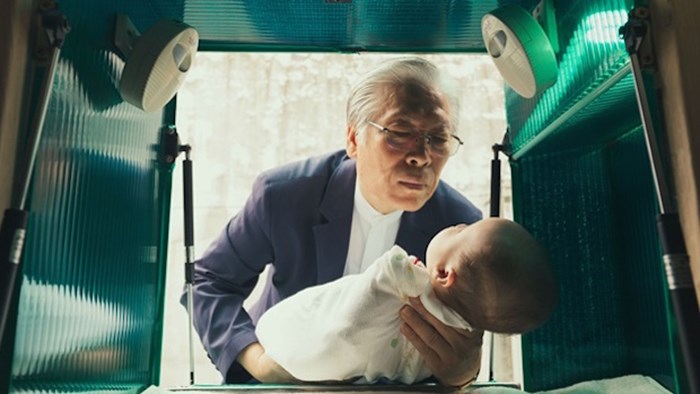 A few days ago, the Her.meneutics blog, published "Build Families Not Baby Boxes," a guest article about The Drop Box film, that brought some strong critique in the comments and elsewhere.

I’m a big fan of much of the writing at the Her.meneutics blog, and I am always willing to consider thoughtful critiques in the course of discussions. But found this guest post in the same vein as, "this does not focus on the thing I care about, so I must criticize it.”

I don't think the creators or fans of The Drop Box film think that the drop box is the ideal mode of adoption, nor do I think they claim the documentary is supposed to show the ease of the adoption process. To say a ministry like the drop box "undermines the family values the movie purports to champion," is unfair and unhelpful. The guest article misunderstands The Drop Box to be about "how the adoption process works," which isn't the purpose of the documentary at all.

The purpose of The Drop Box, it seems, is to highlight the Christ-like, orphan-loving ministry of a Korean pastor.

The timing was particularly unfortunate following another article on an unrelated, but CT-hosted, blog sought to cast Margaret Sanger in a more positive light. I was among many who found the article mentioning Sanger, and parts of this new article, as not representative of the values that I want to see in an evangelical publication, even though they were unrelated. (Amy Becker subsequently apologized for the editing and confusion caused by the guest post on her blog.)

I get the current trend to reconsider the accepted narrative, and I write such articles as well. But in many cases, there is a reason the narrative is what it is. Certain issues merit "contrarian" perspectives, the work of Margaret Sanger is not one. Furthermore, I don't think that it's helpful to see a contrarian view of the rescuing of abandoned children, particularly after the Sanger post.

But, it is also important to remember that even though these articles are unhelpful, they are actually blogs; they are not necessarily Christianity Today “statements,” though Her.meneutics is an official branch of Christianity Today. (Amy and I are just bloggers whose blogs are hosted at the site.) Blog posts are not Christianity Today endorsed statements—including this one. To be fair, CT Movies published a positive review of the movie, so different views have already been welcome.

All of that said, and I apologize for the lengthy, but important introduction, now you have another view from another Christianity Today blogger. I'm grateful for the opportunity to share a different perspective, inviting yet another guest blogger to wade in to the conversation.

To clear up some misinformation in the Her.meneutics post, and also give an alternative view, I’ve invited my friend Kelly Rosati of Focus on the Family, to share a response. Kelly introduced me to The Drop Box film (which I’ve wholeheartedly endorsed) and is passionate about the issues involved.

I’m grateful to my good friend Ed Stetzer for allowing me space here to respond to Melanie Springer Mock’s article on Her.meneutics earlier this week, Build Families Not Baby Boxes. This is an important conversation for the pro-life and adoption communities and for the Church as a whole.

Although Ms. Springer Mock expressed strong reservations about The Drop Box, Focus on the Family’s recent documentary about Pastor Lee Jong-rak, it’s important to note that there are many points on which we would agree. Like Melanie, we know that adoption is an incredibly complex issue. And we know that it is spiritually, emotionally and physically demanding on all of the parties involved. I speak from experience. My husband and I adopted four kids from foster care with special needs from traumatic backgrounds. We don’t regret it for a moment, but we’re honest about the fact that it has been more difficult than we could have possibly imagined. There are many ways in which our story would likely dovetail with Melanie’s. We get it!

Perhaps the greatest misunderstanding here concerns what The Drop Box is actually about as a documentary. Contrary to what Melanie and others have suggested, this movie does not prescribe baby boxes as the ultimate solution for the issue of child abandonment or as the ideal conduit through which adoption should take place. Rather, they are an imperfect but necessary stopgap in situations where mothers feel they have no other option available. This is clearly spelled out in the film. Throughout the movie and in numerous media interviews, Pastor Lee has said the same thing: “I always pray that there will be no more abandoned babies in this country and no more in our baby box. That’s all I want.”

We’re well aware of the concern that this sort of intervention—whether in the form of baby boxes in South Korea or Eastern Europe or safe haven laws right here in the United States—actually perpetuates the problem of child abandonment. But again, it’s difficult to understand how people could watch The Drop Box and come away with the message that it is prescribing baby boxes as the be-all and end-all solution to this issue. It is not a solution at all—it is a necessary—and hopefully temporary—mechanism for the preservation of life.

When the building is on fire, you rush in and you save lives! You don’t stand around arguing about fire codes or asking, “How could we have prevented this from happening?” That’s an important conversation, of course, but it does nothing to address the immediate, life-and-death situation in front of you.

In Pastor Lee’s neighborhood, babies were literally being left in gutters and dumpsters to die. Sometimes they would be abandoned on someone’s doorstep, only to end up dying from exposure before being discovered. This humble pastor, with a special-needs son of his own at home and virtually no resources, took it upon himself to step in and defend the lives of these helpless babies that would otherwise have died. How is that a story not worth telling? It touches on acts of sacrificial Christian service throughout history—from followers of the Way in early Rome who took in babies that were cast outside the city gates, to churches in the Middle Ages that installed “foundling wheels” to shelter abandoned infants.

In Melanie’s estimation, “The Drop Box collapses the real-life challenges of adoption into a story of feel-good Christian service and heroism. Narratives like these, which fail to recognize the ongoing struggles of biological families, adoptees, and adoptive families after a child has been placed, do a disservice to us all.”

With all due respect, this is not an accurate assessment of the movie. In fact, one of the things I appreciate most about this film is its honesty. It does not shy away from the controversy surrounding baby boxes, but even more importantly, it gives us insight into the real challenges that adoptive families face. Pastor Lee is old enough to be a grandfather. His work on the streets of Seoul has put his health and livelihood at risk. He is suffering physically and financially. Is he a hero? Yes. Is The Drop Box a “feel good” movie? No.

Like Melanie and so many others in the pro-life movement, we believe that building families is of paramount importance. We would never encourage a mother to abandon her baby anonymously if she is willing to go through official channels to make an adoption plan. Reforming the system, confronting the challenges and difficulties associated with adoption (for birth parents, adoptees, and adoptive parents alike), and pursuing workable solutions for the myriad complications associated with this issue must always be at the forefront of our minds. Focus on the Family continues to be committed to these goals.

But when all is said and done, we will always prioritize saving lives. The whole concept of adoption becomes meaningless if we fail to first embrace this basic principle: all life is sacred and worthy of protection. That’s the message of The Drop Box. And that is enough.

Building Families and Baby Boxes: A Response to a Recent Her.meneutics Post

Building Families and Baby Boxes: A Response to a ...