Australian Christianity: An Interview with the Australian Bible Society

Recent Pew data revealed Christianity's place in America. What is Christianity like in Australia?
Ed Stetzer 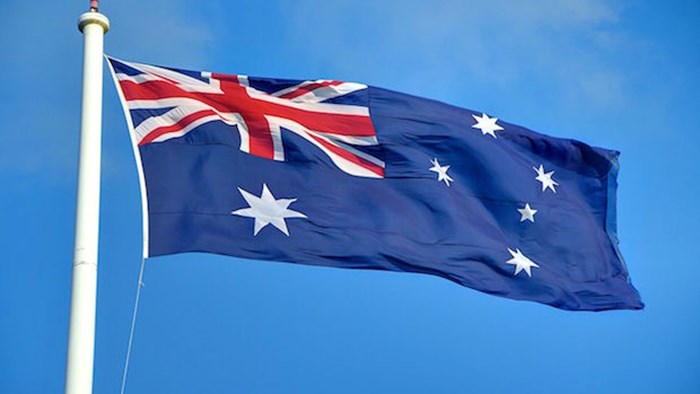 I was in Australia recently, on a bit of a tour, working with several schools and organizations, including Christian Media Australia, Ridley College, St. Phillips York Street Anglican, Mentone Baptist Church, The Geneva Push, Moore Theological College, and Queensland Theological College. It was a great trip, and I was glad to get to encourage so many pastors.

I did two interviews while I was there. One was with the Melbourne Anglicans, and you can watch that here. The other was with the Australian Bible Society.

As you may know, I really don't like commenting on the situation in other nations. That’s the first thing they teach you not to do in missiologist elementary school. However, sometimes they ask, so here were my thoughts.

As an American who has taken an interest in Australian Christianity, what are the key differences, if any, between the churches in the US and Australia?

Ed Stetzer: Of course, I think everyone would agree that there are similarities. However, there are also many differences.

Probably the most obvious is that Australia is decidedly more secular.

The majority of people still considering themselves Christians, but that’s more a demographic category than a faith commitment. When many check “Christian” on the Census, they basically are saying, “I’m not Hindu or Jewish.”

However, there is still a sizeable ministry of people who call themselves Christians, attend church regularly, and live their lives around their faith.

It’s common to assert that Christianity in Western style nations is in inevitable decline, what is your view?

ES: Let me focus on two strands within Protestantism so my answer is not overwhelmingly long.

What we call “mainline Protestantism” in the United States, and its counterparts in the rest of the English speaking world, are rapidly declining. (You don’t use that term there, but the Uniting Church is the archetypical example, and this would include many other members of the National Council of Churches in Australia.)

That trend of progressive Protestant decline will certainly continue.

But, evangelicalism is a bit different. Evangelicalism has actually grown in Australia, though I would say that has been partly from some coming from the NCC churches. However, the majority of Protestant Australians who attend church go to a conservative church, which may not use the term evangelical, but is influenced by the movement. (I should add that Stuart Piggin’s Spirit, Word and World: Evangelical Christianity in Australia is helpful here.)

What should Christians be doing to be more effective at spreading the good news. Is church planting a key tool?

ES: Church planting is certainly a key tool. However, it is not the only tool. But, let’s start there.

Most churches are plateaued or declining as we regularly hear from the National Church Life Survey. The fact is that most of those churches do not want to make the necessary changes to grow again. Thus, new churches are needed.

That’s a spiritual truth, but also a sociological one. New expressions grow faster than old.

And, Australia needs many more new churches—new communities of faith. Even if you are the city of churches, Adelaide has lots of lovely buildings, but needs many more vibrant congregations.

But, I would also add that evangelism is key here. Like most of the Western world, Australians love evangelism as long as someone else is doing it.

The fact is we need more people sharing their faith and we need more churches “evangelised into existence,” a phrase I first heard from my friends at The Geneva Push (a church planting organisation), but now I am stealing for for my own use!

But, church planting is not enough. We need thousands of existing churches revitalised and focused on mission. The fact is that the West has far too many churches that are stuck and stagnant and need to be engaged in God’s mission once again.

Also, we need a greater focus on personal evangelism. Too many Christians love evangelism– just so long as someone else is doing it.

What are some of the best ways to teach the Bible in a secularised society? Are new ways of communication helpful?

ES: The great things about a secular society is that the story is new to them. And, I would add, that Australians are secular, but in an oddly spiritual way.

Like most of the Western world, Australians love evangelism as long as someone else is doing it.

The recent McCrindle data finds Australians open—but that means Australian Christians have to open the conversation. If they will, they can tell the story of the scriptures, with Christ at the centre, and share the good news across Australia.

So, Christians need to gain a renewed confidence in the gospel, then share that gospel and the grand story of redemption.

I’m [was in Australia] to speak to the CMA (Christian Media Australia). I encouraged all there to consider that this story– the gospel story, yes, but also the story of how the gospel changes everything– has to be told in new and compelling ways.

Christians need to learn to do this personally, sharing with friends, neighbours, and co-workers. But, Christian leaders and ministries need to provide resources and encouragement for Christians to do this well.

Australian Christianity: An Interview with the Australian Bible Society

Australian Christianity: An Interview with the ...