American Christianity is not dying; but it's slowly being clarified.
Ed Stetzer 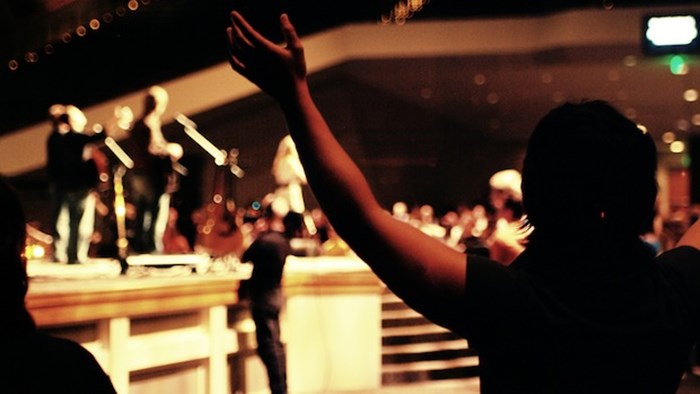 The "Christian Sky is (Not) Falling"— My Piece for USA Today

Here's my article from USA Today this morning.

Keep in mind that authors don't pick titles, and the "survey fail" here is referring to how it is often reported. The survey is fine—but many are failing to report to see what it actually said.

In this case, many are failing to see that the percentage of people who are convictional Christians has remained relatively steady (particuarly, in this study, evangelicals), while those with nominal Christian conviction are shedding the label.

That's just what the Pew research (and lots of other data) shows.

Christianity is not dying and no serious researcher thinks that.

I (or my team) has had recent conversations with Christian Smith (Notre Dame), Rodney Stark (Baylor), Frank Newport (Gallup), and Robert Wuthnow (Princeton) and they see such an idea (dying Christianity) as just driven by another agenda.

Wuthnow's forthcoming book, Inventing American Religion: Polls, Surveys, and the Tenuous Quest for a Nation's Faith, will be exceedingly helpful to the conversation. (More on those conversations in forthcoming articles.)

I am not saying that everything is great. I do believe that Christians are losing their home field advantage. I've written tens of thousands of words about the challenges and the problems of the church, particuarly evangelicals.

However, any reasonable reading of the research does not show that Christianity (and/or evangelicalism) are dying. Mainline Protestantism is hemorrhaging—that's the term that mainline reseachers use. Evangelical denominations are often struggling and some are declining (and the growth is in generally in non-denominational evangelicalism, not inside most denominations). Furthermore, most of the growth is among non-Anglos, and white evangelicals are a more negative story.

But, part of my job is to point out the facts. And, these are just facts.

Tim Keller put it this way:

[T]he number of the devout people in the country is increasing, as well as the number of secular people. The big change is the erosion is in the middle. The devout numbers have not actually gone down that much. It depends on how you read them. But basically, they are not in freefall by any means.

What I think is fair . . . that you don’t so much see secularization as polarization, and what is really disappearing is the middle.

Again, Conrad Hackett (at Pew, the people who released the survey) put it this way:

To some extent, this seems to be a phenomenon in which people with low levels of religious commitment are now more likely to identify as religiously unaffiliated, whereas in earlier decades such people would have identified as Christian, Jewish or as part of some other religious group.

The problem is that there is now a "Christian sky is falling" industrial complex, mostly secular, but often evangelical. (And, it would be to my benefit to join in—more book sales are guaranteed when you say, "We are all about to die and here is how to fix it.") My personal platform and book sales would take off if I wrote a book that evangelicalism is dying.

But, facts are our friends, so I shared this blog post yesterday, "Nominals to Nones: 3 Key Takeaways From Pew’s Religious Landscape Survey."

Here's an excerpt from my column in USA Today:

A new Pew Research Center survey found the Christian share of the American population declined almost 8 percent from 2007 to 2014. Drawing from this point, many continued their breathless claims that the Christian sky is falling.

Rather than predict the impending doom of the church in America, this latest study affirms what many researchers have said before. Christianity isn't collapsing; it's being clarified. Churches aren't emptying; rather, those who were Christian in name only are now categorically identifying their lack of Christian conviction and engagement.

Gallup recently found that weekly religious attendance as a percentage of the US population is about where it was in the 1940s—hardly a statistical collapse.

Simply put, the strains of a funeral dirge aren't being played at the graveside of American Christianity because there is no body for burial.

Yes, you read that correctly. Evangelical Christianity is growing in America. From 2007 to 2014 the number of evangelicals in America rose from 59.8 million to 62.2 million, according to Pew.

While it should be noted that evangelicals' share of the overall US population dropped by 0.9 percent over the last seven years based on denominational affiliation, the percentage of US adults who self-identify as evangelical rose from 34 to 35 percent over the same period of time. Don't miss that: More than one-third of Americans call themselves evangelical.

This is part of the growing "evangelicalization" of American Christianity in which the church in the United States is increasingly taking on the attributes of evangelicalism. According to Pew, half of all Christians self-identify as an evangelical or born again.

Read the rest at USA Today.

I'll be posting more on this in the next few days, here and in some other news publications (which I will repost here). Again, I'm not happy with where evangelicalism is, but we have to be clear about what the data shows.