Regardless of the groups we are trying to reach, we need evangelism strategies.
Ed Stetzer 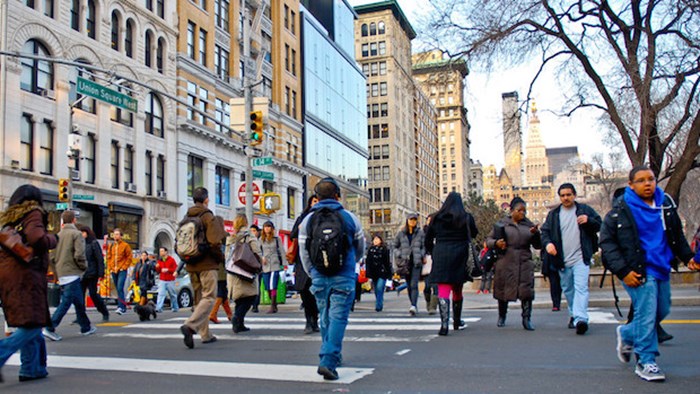 Whether you’re reaching out to Muslims, bikers, students, business people, previously unreached people—it doesn’t matter—there’s a unique way to go about it, ending in the same gospel. The mission is always the same, but the method is usually different.

In each case, you need to speak the gospel in a way that connects and challenges those listening to respond to Christ. I am convinced that every church needs to have a strategy to reach both those who are close to the things of God and those who are far off.

I think most of our evangelism methods, particularly many of the seeker-movement methods from the 80s and 90s really appealed to people’s religious memory. A lot of it was saying to people, “This is not your mama’s church—we are updated and rocking. Now, you come back and be a part of it.” So they would say, “Okay. I never disliked the church, but I’ll go and be a part of it if it is updated.”

The Issue with Nominals

There are many people in our society who came out of a church, but they didn’t come all the way out. They are disconnected—probably not being genuine Christian believers.

These are nominal Christians, or "nominals" as I'll call them here.

“Nominals” were raised to appreciate (though not know) the Bible, a certain moral code and general Christian-ish principles. They may have had some experiences with God, but they do not have a vital walk with the Lord. They are not disciples being transformed by the indwelling of His Spirit.

A Nominal knows about Christ, but doesn’t really know Christ, at least in the way evangelicals mean it.

He or she considers himself to be “Christian” because he isn’t Hindu, or because he or she said a meaningful prayer 40 years ago at a youth camp. He or she doesn’t hate God, but just doesn’t love Him with all of his heart, mind, soul, and strength.

Nominals see God as the source of good things in life, but not necessarily as the only source of eternal life. They have an appreciation for the things of God, even though they don’t have a thriving relationship with Him. They respond positively to the Bible, and they see value in the church. They even live according to some Christian-ish principles.

Nominals see God as the source of good things in life, but not necessarily as the only source of eternal life.

To reach Nominals, part of our strategy must be to remind them what it’s worth to be a follower of Jesus and a part of God’s family.

Part of that will include connecting them to a church so they can grow from nominalism to deeper faith.

They will need to learn that the body of Christ is of great faith-building benefit from the cradle to the grave, the Word of God is not just a book full of good ideas to live by, Jesus isn’t just a good friend to have in a pinch—He is the Way, the Truth, and the Life—the only way to the Father and eternal life.

The Issue with Seculars

Nominals are the largest group in all English-speaking Western nations. However, the fastest growing group is secular. Actually, although there are many more Nominals, they are actually shrinking and, in many cases, becoming just secular people, without even a nominal attachment to Christianity.

“Seculars” or the “nones” are those who have no connection with God and do not claim one. Some of them are honest about this distance. In that sense, they are an easier mission field because they don’t resist the gospel with a false feeling of Christian security. On the other hand, they don’t value the things of God, so we must begin our engagement from a different place.

They are called "nones" because they check "none" under a religion question on a survey. They are just nothing—not generally atheists, just nothing.

I will call them the "Seculars."

A Secular does not care so much what the Bible says. He or she might agree with some of the Bible’s teachings if those things line up with his view of life, but he or she doesn’t accept anything just because “it’s in the Bible.” If you tell a Secular that something is or is not right because the Bible declares it, you will likely be talking right past him or her.

Seculars may be fine with you being a part of a local church because you find meaning there. But they do not think it’s necessary for them, or anyone else. They think they can find or create their own community to meet any needs that may arise in their life.

Both of these groups need the same Jesus. They need to hear the same gospel. But they require different strategies.

You may end your sermon with an altar call for commitment by saying, “Jesus died on the cross for our sins and in our place. And today, if you are ready to receive Him, your life and eternity will be transformed.”

The Nominal may hear that and respond with a great sense of need and hope. The Secular may not have a clue what you are talking about. They likely won’t even understand the words.

The body of Christ is of great faith-building benefit from the cradle to the grave.

Most of us were trained to minister to a culture that had a Christian baseline, but we weren’t trained how to reach people who don’t accept the Bible as true or know about Christ.

In other words, we were trained to focus on Nominals but now we increasingly need to reach Seculars.

There are resources to help with that.

I’m a big fan of Tim Keller’s book TheReason for God. Many use that curriculum for reaching secular people. I also recommend the work of George Hunter, a professor at Asbury Theological Seminary. His book How to Reach Secular People is good, as is James Emery White’s book called TheRise of the Nones: Understanding and Reaching the Religiously Unaffiliated.

Do you deal more with Nominals or Seculars? Has your church made progress in reaching either group? What have you found that works in bringing these people to Christ?