We need to be willing to do church differently than we may feel is comfortable and easy.
Ed Stetzer 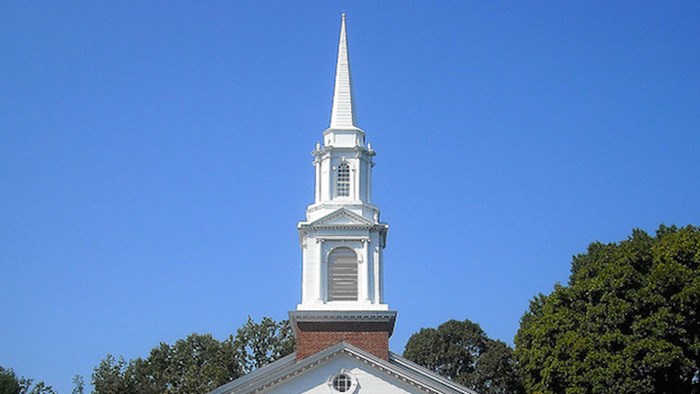 Consumer-driven forms of Christianity are creating much angst.

The prevailing model of how we do church in our Western context has been called into question, and many are proposing alternative expressions of church life.

Sharing much of that angst, I have been writing and speaking to challenge consumerism in the church. Others feel similarly, but are responding in different ways. However, certain patterns emerge from these responses.

For the sake of conversation, I'll divide the response in the evangelical world into three groups: the radicals, the conservatives, and the critics. Granted, overlap exists, but maybe this will help us consider how people are dealing with the issue and how we might reply.

Let me add that I'm focusing on leaders here, but the same realities are true for all parts of such churches.

As I see it, whether you are solidly within the prevailing church model or have abandoned that model for a more organic ministry approach, the other view is not your enemy, or even your competitor. The way forward is a cooperative effort with each group working according to conviction and faithfully engaging the people within the context God has called them.

Some people don't want to follow the "system" and I thank God for them.

Sometimes, they don't enter the system at all, taking a path to ministry leadership and involvement that does not involve schooling, vocation, etc. Others start in the system, graduate from seminary, move their families to a city, and take "normal" everyday jobs to do ministry in and amongst the people—not as a vocational pastor.

In other words, they operate outside of the system by largely abandoning the Western cultural norm of a pastor. They want to plant missional and incarnational communities by living relationally and doing holistic ministry. So they move away from things like buildings, padded rows, and legal organization.

I was there as a 20-year-old, fresh out of seminary and ready to do the dirty work of ministry. With a labor job blowing insulation, I started a church among the urban poor. That experience helped shape my view on church and ministry, and, on certain days, I often say I want to do it again.

Now, I recognize that I am far from that today, but it marked me. We need such leaders—and to create space for such leaders—today.

We need more people to abandon the Western cultural norm to effectively engage many of the people around us.

We need space and freedom for these leaders to operate according to their ecclesiological convictions, often in the margins. And in light of our increasingly post-Christian culture, we need more people to abandon the Western cultural norm to effectively engage many of the people around us.

God calls some people to engage inside the norm—inside vocational ministry. The church I most recently planted operates in a Western-cultural vocational model. Granted, it’s different from a “traditional” church in many ways, but we still meet in rows, have paid staff, and a legal organization.

But we do it for a specific reason. In my community, my desire is more to be on mission there than to make my own point. And doing church in this way is culturally appropriate where we are, within the biblical norm, and certainly an option for faithful Christians.

Some of you also might be in a similar situation where you don’t have the opportunity and the freedom to create structure according to preference or conviction.

No matter where we are, we must work where God has called us, and for many of us that means from within the norm. But whether you are within the system or not, engage your people in a culturally relevant way and work as far as you can within that context to be on mission.

On the other hand, many—church consultants, authors, professors, etc.—can be professional church "angsters." Their blanket criticism against Western cultural norms in established churches can prohibit pastors from loving the people to whom Jesus has called them in the style consistent with their social context.

Furthermore, many critics want to still operate within the Western culture norm, but constantly complain about it. They are vocal in criticism, but light on action. They condemn the norm, but won’t actually quit their jobs to live out their proclaimed principles.

No matter where we are, we must work where God has called us.

The system can subsume us in such a way that we become part of the problem. Furthermore, those who make their living by the system are the most unlikely to see the problems of the system.

Yet, I'm of the view that God has given us many churches that operate in a way I might not choose, but still need someone to love and minister to them. Those churches are full of people who also need pastors and leaders to move them to love Jesus and to be more active in His mission.

Where Do We Go?

I love the radicals and I want to give space, permission, and blessing to their movement. But I also love the people who show up for church on Sunday and really like to sit in those rows. (I probably have a lot less patience for people who rail against the system while getting paid by it.)

We can learn from the example of Jesus. He comforted the afflicted and afflicted the comfortable. We all should afflict the comfortable, no matter the context, so that our people would live as radically on mission as possible in a sustainable way for their congregation.

My exhortation is for both the radicals and conservatives. While remaining faithful to your convictions and context, afflict the comfortable and work together for the advance of the gospel.