How are Christians to understand the data from the newest Pew study on Christianity in America?
Ed Stetzer 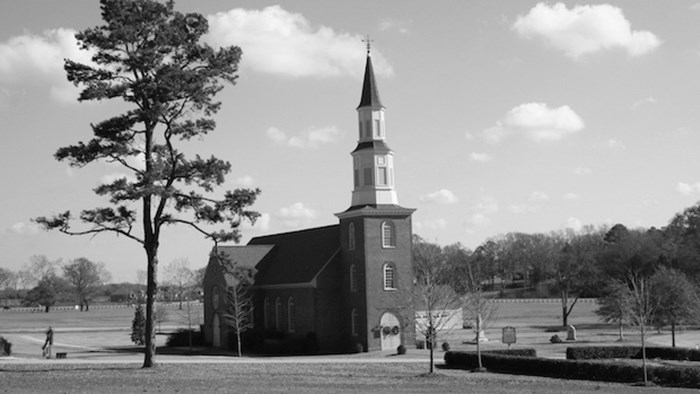 Today, Pew Research Center released a report drawing a variety of headlines—everything from “Christianity faces sharp decline as Americans are becoming even less affiliated with religion” to “Pew: Evangelicals Stay Strong as Christianity Crumbles in America.”

So what are we supposed to think of Christianity in America?

The nominals are becoming the nones, and the convictional are remaining committed.

The big trends are clear, the nominals are becoming the nones, yet the convictional are remaining committed.

In other words, Americans whose Christianity was nominal—in name only—are casting aside the name. They are now aligning publicly with what they’ve actually not believed all along.

As such, let me share three takeaways from the data.

1. Convictional Christianity is rather steady.

Evangelicals are not the only people who call themselves Christians and a good proportion take it seriously, but since this is an evangelical publication, let me share some data from there with one caveat.

You might say that I have a vested interested in evangelicalism's success. However, as an author, the opposite is true. If I announced the death of evangelicalism and Christian faith, I'd sell a lot more books, I assure you.

But, facts are our friends and math is math, so let's take a look.

Within Christianity, the only group retaining more of their population than the evangelical church is the historically black church.

One of the primary reasons it appears as though “American Christianity” is experiencing a sharp decline is because the nominals that once made up (disproportionately) Mainline Protestantism and Catholicism are now checking “none” on religious affiliation surveys.

Nominal Christians make up a higher percentage of Mainline Protestants and Catholics than any other denomination of Christian, and this is why their numbers continue to sharply decline.

For those who have only ever considered themselves “Christian” because they’ve been to church before, or because they aren’t Muslim or Hindu, it is starting to make more sense to check “none” on religious identification surveys.

Yet, church attendance rates (though overreported) are not changing substantially. (I will be writing more on that soon.)

2. There have been significant shifts within American Christianity.

Pew notes, “The evangelical Protestant tradition is the only major Christian group in the survey that has gained more members than it has lost through religious switching.”

It should be noted that evangelicals’ share of the overall US population dropped by 0.9 percent over the last seven years, but the percentage of US adults who self-identify as evangelical actually rose from 34 percent to 35 percent over the same period of time. The drop in population share is based on denominational affiliation, whereas the 1 percent increase is based on self-identification.

(I will be sharing more on practice soon, which will actually be a surprise to many.)

The percentage millennial evangelicals remained the same (21%) from 2007–2014. The only decline was among the Greatest Generation (28–25%), who, because of their age, are not a growth demographic. Every other one stayed the same as well.

Only 45 percent of those raised in the Mainline Protestant tradition remain in Mainline churches.

The only region where evangelicals decreased—the South (37–34%). It remained the same in the Northeast and Midwest, and grew in the West (20–22%).

That's not to say that evangelicalism is doing well—it peaked a couple of decades ago in the United States—but one of the big shifts inside Christianity is toward Evangelicalism, oddly enough. Yet, in the culture as a whole, and as a percentage of the population, Evangelicalism is losing ground.

Only 45 percent of those raised in the Mainline Protestant tradition remain in Mainline churches. Those whose parents and grandparents were mainline Protestants aren’t carrying on the family tradition like those who align with other Protestant denominations. Since members of these churches are not gaining new members from the culture at-large, nor growing by birth rates, they continue to decline precipitously.

For more on this issue, read a recent blog post I wrote on 3 important church trends in the next 10 years.

Christianity isn’t dying and no research says it is; the statistics about Christians in America are simply starting to show a clearer picture of what American Christianity is becoming—less nominal, more defined, and more outside of the mainstream of American culture.

Because of this, the statistics show (on the surface) that Christianity in America is experiencing a sharp decline. However, that's the path of those who don't read beyond the surface. If there remains a relatively stable church-engaged, convictional minority, and there is a big movement on self-identification, that means that the middle is going away.

As the Pew Forum's Conrad Hackett explained (before this release of the data):

To some extent, this seems to be a phenomenon in which people with low levels of religious commitment are now more likely to identify as religiously unaffiliated, whereas in earlier decades such people would have identified as Christian, Jewish, or as part of some other religious group.

In short, and as I put it, the "nominals" are becoming the "nones" and convictional Christian practice is a minority, but generally stable, population. If that is the case, and that is what the data is showing, than the decline is primarily (not exclusively) that nominal Christians are becoming honest reporters.

Christianity is losing, and will continue to lose, its home field advantage; no one can (or should) deny this. However, the numerical decline of self-identified American Christianity is more of a purifying bloodletting than it is an arrow to the heart of the church.

Yesterday, I wrote about reaching nominal and secular people.