We can’t reach the world for Jesus if we don’t know Jesus and how He operates.
Ed Stetzer 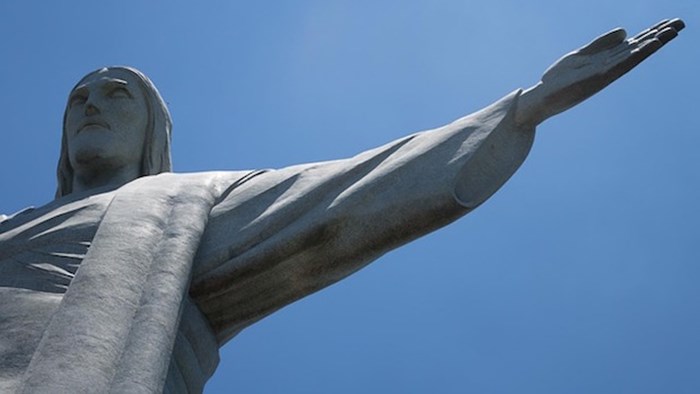 This is the first post in a series of three on contextualization. Here are all of the posts in the series:

Contextualization at Home: How Should We Do Church?

Contextualization At Home: How Should We Speak the Truth?

Contextualization is a hot topic. How do we share the gospel in a way that is both true to God and appealing to people?

But we seem to understand the importance of contextualization when it comes to foreign missions. No one sends an American missionary out to turn an African nation into Pennsylvania. Rather, we train them to offer the Gospel in a way that makes sense to the people they are trying to reach.

For the longest time, however, we apparently didn’t think that approach was necessary in our culture. But it is.

I have written and spoken about what I call the Missional Matrix. To figure out how we carry out the work of God, we need to be vigorously considering three issues.

Christology: Who is Jesus and what has He sent us to do?

Ecclesiology: What expression of a New Testament church would be most appropriate in this context?

Missiology: What forms and strategies should we use to be about the Kingdom of God?

In this new three part series, we will look at each of these and what it takes to contextualize the mission here in the West. Today, we’ll talk about Christology.

If we are going to claim to be followers of Christ on His mission, we need to answer a couple of questions. Who is Jesus, and what has He sent us to do? Regardless of your location or language, you’d better have a lock on your leader if you are going to carry out His orders.

Knowing your community and customs is nothing if you don’t know His worth and work. We do not send ourselves out on our own agenda. So what does it look like for God to send?

Jesus is the divine Son of God. He is the Logos, the Word of God. He is God the Son. When God saw His creation broken and apart from Him, He sent His Son on a mission of redemption and reconciliation. And His Son obeyed.

Jesus arrived as one of us. He lived among us. He experienced life with us, all without engaging in our sin which was the very thing that necessitated the mission.

Jesus spoke God’s words in our language, wearing our clothes, eating our food, laughing at our jokes, weeping with our losses, and even facing our temptations. Along the way, He sacrificed many things that most of us would kill to have. His love for the people He was sent to reach was so deep, He would not let His comfort ambush His mission.

Who is Jesus, and what has He sent us to do?

Ultimately, He gave up even His own life to make a way for us to experience what He valued most, a perfect relationship with the One who sent Him. He accomplished His mission through obedience and love. In a sense, Jesus contextualized the Gospel for us. He showed us that we can be right with God right where we lived.

Christ didn’t try to change everything about our world (yet). He changed us in our world. “For God did not send His Son into the world that He might condemn the world, but that the world might be saved through Him” (John 3:17).

What Has He Sent Us to Do?

Through salvation, we become children of God. And because the ascension of Christ did not mark the end of the Father’s mission, He now sends us, in the power of the Spirit, to carry on the mission. Jesus understood the process. The Father sent the Son. The Son sends His disciples in the power of the Holy Spirit (whom He sent).

Jesus prayed to the Father, “As You have sent Me into the world, I also have sent them into the world” (John 17:18). Then after the resurrection He told His disciples, “As the Father sent Me, so send I you” (John 20:21).

The writer of Hebrews recognizes the mission of Christ and how it is shared by His followers when he says, “Therefore, holy brothers and companions in a heavenly calling; consider Jesus, the apostle [sent one] and high priest of our confession” (Heb. 3:1).

We as children of God are mysteriously united by the fact that the same Father who sent His Son to save the world has sent us to continue the mission.

Jesus gave His followers authority and power to continue the mission. In fact, He tells His disciples, “I assure you: whoever receives anyone I send receives Me, and the one who receives Me receives Him who sent Me” (John 13:20).

Before Jesus ascended to the Father, He gave orders to His followers. They were to go out into the world to teach what He had taught and do what He had done.

But He knew the world was bigger and broader than anything they had experienced in Galilee. So, He empowered them to share the gospel in a way that was contextual, regardless of whatever ethnic, language, or other issues they would run into.

They should do it.

One of the first miracles we see after Christ had ascended into Heaven was the supernatural preaching of the gospel in various languages.

How Are We Doing?

Contextualization in other areas of culture is as biblical as what is done in language. Remember the missionaries going to Africa? We would expect them to speak God’s words in the language of the people. That is the most basic form of contextualization. But, if we don’t know Christ and understand what He sent us out to do, it will be impossible for us to reach them, even if we know their language.

One of the most famous pop-church culture questions is, “WWJD: What would Jesus do?” Well, we know what He did. So how are we doing at following His example in this area?