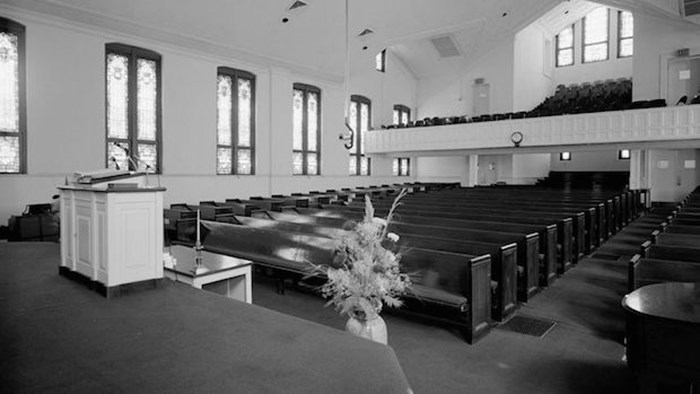 Over the course of the last few weeks, I've published a couple of blog posts in an attempt to further squelch the false idea that pastors are constantly miserable and that thousands of them are leaving the church each year.

The fact is, they are doing just fine. There are challenges, and the experience is not universal, but when you look at the stats, they are doing pretty well. That does not mean EVERY pastor is doing well, but surveys look at the whole, not individuals, and it's worth looking at real stats.

I said it in that post, and I'll say it here again: the people perpetuating these bad stats aren't bad people—they're truly trying to help pastors and do what is right. Sometimes, we just need to be more careful about how we do research and how we present data. Facts are our friends, but if we treat them poorly, they can become our enemies quickly.

As a follow up to my first post on bad pastor stats, I posted a Q&A I did with one of the people who was the original source of those stats. He contacted me on Twitter following the first post, we had a great conversation, and he was gracious enough to let me publish most of our discussion. Here's a bit of it:

So today, as a final "installment," I suppose, in this series on pastor wellness and statistics, I wanted to post a blog post that includes data from a number of studies we have conducted at LifeWay Research the last couple of years that I think correctly depict the state of the pastor's heart, wellness, and mental state.

Few Pastors Give Up

In September of this year, LifeWay Research released data showing pastors don't leave as often as some claim they do, and the reason pastors do leave, when they do, is often not explicitly negative. 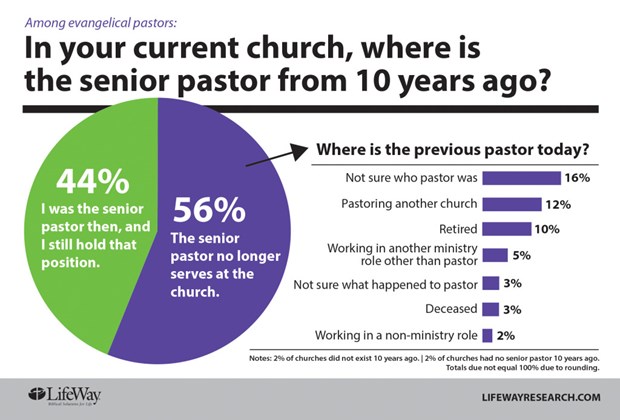 Small segments have left the pastorate, current pastors say. Two percent shifted to non-ministry jobs, and 5 percent stayed in ministry but switched to non-pastoral roles. Combined, those two groups account for known losses of less than 1 percent a year.

In some cases, current pastors didn’t know who led the church 10 years earlier (16 percent) or weren’t sure of the previous pastor’s whereabouts (3 percent). Assuming those cases follow the same pattern as the known instances, McConnell estimates a total of 29,000 evangelical pastors have left the pastorate over the past decade, an average of fewer than 250 a month.

Current pastors say a change in calling is the top reason their predecessors left the pastorate, accounting for 37 percent of departures. Conflict in the church—something 64 percent of pastors experienced in their last church—is the second most common reason at 26 percent.

Being a pastor is not a walk in the park by any means, but it is wrong to say a bunch of them are quitting because it's too tough.

Statistics do show us, however, that though pastors do not jump ship from the ministry as often as some claim, the burden of ministry can be difficult to bear.

About a quarter of pastors (23 percent), say they’ve experienced some kind of mental illness, while 12 percent say they received a diagnosis for a mental health condition.

But those pastors are often reluctant to share their struggles, said Chuck Hannaford, a clinical psychologist and president of HeartLife Professional Soul-Care in Germantown, Tennessee. He was one of the experts interviewed for the project.

Hannaford counsels pastors in his practice and said many – if they have a mental illness like depression or anxiety—won’t share that information with the congregation.

He doesn’t think pastors should share all the details of their diagnosis. But they could acknowledge they struggle with mental illness.

“You know it’s a shame that we can’t be more open about it,” he told researchers. “But what I’m talking about is just an openness from the pulpit that people struggle with these issues and it’s not an easy answer. “

Those with mental illness can also be hesitant to share their diagnosis at church. Michael Lyles, an Atlanta-based psychiatrist, says more than half his patients come from an evangelical Christian background.

“The vast majority of them have not told anybody in their church what they were going through, including their pastors, including small group leaders, everybody,” Lyle said.

It's important for pastors to be able to be open with co-laborers about their struggles when possible and in appropriate ways. Without the permission or ability to be open about the struggles that come along with a life in ministry, pastors are going to be more prone to burnout or quitting altogether. The church must be understanding of this struggle and support their pastors as they are able.

Pastors Feel Privileged to Be Pastors 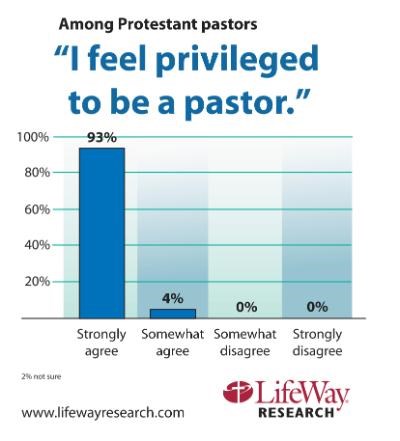 Pastoring is difficult, and family life is a fishbowl, but overstating the challenge and dangers of pastoring can discourage pastors and create an expectation of family disruption—leading to that very problem.

Positively, nearly eight in 10 pastors (79 percent) disagree with the statement, "Being in ministry has had a negative effect on my family." A majority (58 percent) strongly disagree. Twenty percent somewhat disagree, 15 percent somewhat agree and 4 percent strongly agree.

Pastoring can be stressful on a family, but contrary to some hyped statistics, most do not believe that being a pastor has hurt their family.

Pastors, what do you think? Has the ministry positively or negatively affected your family? Do you fee privileged to be a pastor? Why or why not? Feel free to share in the comments.