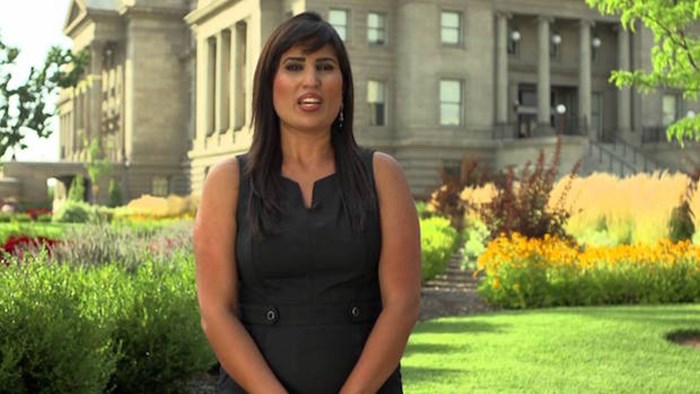 [UPDATE]: Here’s an update on the next step that the family is taking. Please pray for them:

[Naghmeh] confirmed that she had experienced “physical, emotional, psychological, and sexual abuse through her husband’s addiction to pornography.” She wrote at the time, “The abuse started early in their marriage and has worsened during Saeed’s imprisonment,” which she confirmed on Saturday. The two had been speaking by phone and through Skype, but she said she has not spoken with him since October.

She said the timing of those emails, which were leaked to media, was unfortunate. “When he gets home, we can address the serious issues that have happened and continued,” she said.

Naghmeh Abedini, the wife of Pastor Saeed, the globally-known prisoner of the Iranian regime, has shared with her supporters, and in a statement to Christianity Today, that she is ceasing her advocacy for his release. In addition, she has shared troubling details about Pastor Saeed and their relationship.

We don’t know all the details, but we do know that Pastor Saeed’s story has taken a significant turn. Considering how well-known his situation has been, I imagine this will be global news in just a few hours.

In two emails to supporters, Abedini revealed details of her troubled marriage to Saeed Abedini, an American citizen and pastor imprisoned in Iran since September 2012.

Those troubles include “physical, emotional, psychological, and sexual abuse (through Saeed’s addiction to pornography),” she wrote. The abuse started early in their marriage and has worsened during Saeed’s imprisonment, she said. The two are able to speak by phone and Skype.

Touring the country to advocate for Saeed’s release while coping with marital conflict proved too much, she wrote. She told supporters she’s withdrawing from public life for a time of prayer and rest.

First, here’s some background in case you do not know the story.

Pastor Saeed Abedini was imprisoned in Iran in the summer of 2012 and sentenced to eight years in prison for sharing his Christian faith. Saeed is an American pastor, and many have called for President Barack Obama to work harder to secure his release and bring him home.

Over one million people have signed the petition for his release on BeHeardProject.com/Saeed, and over 250,000 people have written letters to United Nations Secretary General Ban Ki-Moon to demand his release.

We recently highlighted Pastor Saeed on our radio show, BreakPoint This Week, hosting Naghmeh as a guest. I've joined with many others advocating for his release.

So, many of us are involved here in a way that perhaps we often are not. So, it’s worth our consideration about how we respond well in difficult moments like this.

Second, we have to ask, what do we do now?

I think that there are five things we need to do in this situation.

First, we need to care about the accusations and the situation. It matters that a wife has spoken up. We should take seriously any accusations from those speak up about abuse. Therefore, we are hurting with Naghmeh in this moment.

It reminds us that we need to speak up on domestic violence in our churches. Our Sojourners / IMA World Heath / LifeWay Research data shows this is not happening frequently enough. Two-thirds of pastors address domestic violence from the pulpit one time a year or less.

Yet at the same time, we do not forsake Pastor Saeed. We must carefully consider the situation, the people involved, and the implications moving forward. This is no time to be hasty or reactionary. Wisdom is necessary.

Second, we still need to care about religious liberty and Pastor Saeed still needs to be freed. Yes, regardless of what happens going forward his image is now “tarnished.” He, like all of us, has always been flawed. And no person, regardless of his or her flaws, should be imprisoned for sharing his or her faith.

We can and must remind the world that all must have the freedom to choose—and in his case, change—faiths.

As I wrote recently:

In many Muslim countries, religious freedom for non-Muslims is restricted at varying levels. And, many Islamic governments have declined to sign the Universal Declaration of Human Rights, which includes the right to convert.

In the Christianity Today story, Jay Sekulow had it right:

“There are three things that I know,” Sekulow told CT. “I know Saeed is an American citizen of Iranian descent. I know he is in jail because of his faith. And I know that his life is in danger. Because of that we were working to secure his release. None of that has changed.”

We must still pray and petition for his release because it is unjust to imprison people for having, and changing, faiths. And, now, in addition, that he may come back to the United States and rightly respond to these accusations and allegations.

Third, we need to pray for the Abedini family. Obviously, we continue to pray for the Lord to provide for Pastor Saeed and pray for his safe release. At the same time, we must ferociously pray for Naghmeh and their children. My family and I will be doing so tonight.

This is such a difficult situation. No matter how much support the family may have surrounding them this will be a trying time. Pray that the Lord would guard the hearts of the Abedini family and that the evil one would not gain a foothold.

Fourth, we need to be aware of the weight of domestic abuse. This is a significant and sorrowful and we are reminded of it once again.

According to the Centers for Disease Control and Prevention, more than 1 in 3 women and 1 in 4 men have “experienced rape, physical violence, and/or stalking by an intimate partner in their lifetime.” Those are hard numbers to hear, and as our hearts break over this specific incident, we must remember the gravity and severity of abuse.

It must be addressed with urgency.

Fifth, we need to remember things aren’t always as they seem, especially in religious marriages. Many of you reading have probably been praying, as I have, for the Abedini family as they work to secure the release of Pastor Saeed. Please keep praying. But this situation must remind us that things are not always as they seem.

That’s true of pastors’ marriages and in the church.

According to LifeWay Research, 72% of pastors believe domestic or sexual violence is a problem in their community, but only 25% recognize it as an issue in their church. Christian marriages aren’t perfect all the time, and we have to realize that. If your marriage is struggling, whether it be simple, small struggles, or issues as significant as abuse, find people who can encourage you and help you.