What Is the Missional Church (Part 4)?—Shaped By God and His Mission

Mission and missions must work together. We mustn't have one without the other.
Ed Stetzer 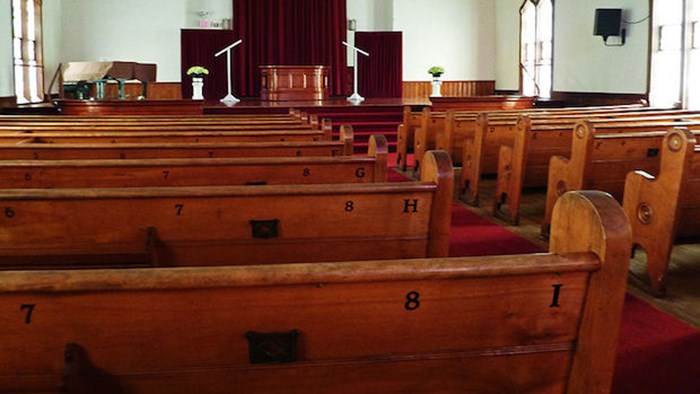 This is the fourth in a series of posts on the missional church, excerpting my section in the book Missiology: An Introduction, Second Edition, which you can read about here.

Here are all of the posts:

Monday is for Missiology: What is the Missional Church? A New Series

What Is the Missional Church? (Part 3)—God-Empowered Love

What is the Missional Church? (Part 4)—Shaped By God and His Mission

What is the Missional Church? (Part 5)—Forgetting Missions

What is the Missional Church? (Part 6)—Having Beautiful Feet

The Missional Church is Shaped by God and His Mission

In order for the church to recover its missional passion, we must reclaim our lost sense of the glory of God’s mission. While evangelical churches affirm the orthodox doctrine of God, we approach him too often as a God we can use. He is a God for us, for our satisfaction. We have shrunk God down to our size. We have limited the scope of his mission in our minds. We have unwittingly bought into the idea that progress is more important than redemption (Stetzer, 175-179).

Our zeal for mission has been undermined by our small view of God. We have simply replaced God’s purpose for the world with our own purpose for the world. Even when we serve and help and give and share, we too often do it from a sense of obligation or a desire to impress. We have become a church that is motivated by a host of things but a singular desire to glorify God.

We must reclaim our lost sense of the glory of God’s mission.

The message that emanates from the life and work of the apostle Paul—the most productive missionary in the history of the church—is that we cannot hope to be either faithful or effective in Kingdom service while being overly concerned about our own needs. No one survives the harsh, abusive treatment he endured without living for something bigger than himself. Paul was devoted to the churches and the people who comprised them. He possessed an uncommon zeal to see others convinced of gospel truth and redeemed through God’s eternal mercy and grace. But it was not concern for his neighbors that ultimately motivated Paul to such extremes of spiritual exertion and sacrifice. It was Jesus’s love that “compelled” him (2 Cor. 5:14).

The Missional Church is both Missional and Engages in Missions

Being missional conveys the idea of living a purposeful, biblical mission. Christ’s love compels God’s people to be missional for God’s glory. The church is called to join Jesus on mission. This mission is from everywhere to everywhere. Mission is the reason the church exists.

The connection between the church and mission anticipates another important matter: “missions.” Talking about “mission” leads to asking about “missions” (or, the international pursuit to preach the gospel to all people of the earth—the ethnē). How are “missions” and “missional” related? Should they be related at all?

“Missions” and “missional” are distinct and yet integrated. They thrive best when they are both embraced and implemented in a local church body. Being “missional” or living on mission, is not a missions issue, per se. It’s a Christian issue. It’s an identity issue. As we live on mission, we live out our identity as missionary people of God. Living on mission, however, must lead to “missions.” Part of the reason a tension is felt between being missional and missions is the church tends to embrace one particular commission of Jesus without considering his other commissions.

For example, the Great Commission should be understood in light of the ethno-linguistic context in which the commission was given. The Great Commission is a paradigm shift in how missions is understood by the people of God. The Old Testament details a clear God-given mission to the Jewish people that they were to be a light to the nations, attracting the nations to to Jerusalem where they would worship with the one, true God. It was a centripetal mission—from the edges (the nations) to the center (the Temple in Jerusalem).

We will not recover the missional vision of the church until we recover the grandeur of a big God.

Jesus redefines that pattern. He sends his followers from the center (Jerusalem) to go make disciples wherever they go (all nations), and he promises that he will go with them. The Pauline approach to missions—go out and plant churches— is derived from following Jesus’ command in Acts 1:8. Jesus commands his followers to be witnesses in “Jerusalem, Judea, Samaria, and to the ends of the earth.” But it is also closely related to Matthew 28—Jesus command to “Go and make disciples of all nations.”

These statements in Matthew and Acts point out that something has changed—the mission is no longer centripetal, but now it is centrifugal. Rather than merely attracting the nations to Jerusalem, the people of God were called to go out from Jerusalem. The Great Commission is about reaching your neighbor, but in the flow of redemptive history, it lays out a new plan for mission. Since it involves reaching the nations, it involves missions.

We must be aware of the pitfalls in overemphasizing one (missional) to the exclusion of the other (missions), or promoting one (nations) at the expense of the other (neighbor). When the church’s focus is solely on international missions, it becomes easy to think of ways to reach remote tribes in Africa and not engage our neighbor down the street. The Johannine commission helps us see that we are called to be missionaries to our neighbors, too. In John 20:21, Jesus speaks to his disciples explaining that he is sending them as his Father has sent him. This text teaches that everyone is sent on mission (John 20:21) and everyone is called to this ministry (1 Peter 4:10).

Embracing the John 20:21 commission has ignited a revival for churches to embrace mission locally. The Bible teaches everyone is sent on mission, and everyone is called to the ministry. The challenge with this pendulum swing from a Pauline to a Johannine approach to missions and mission is that some are tempted to only think about mission in their local contexts. Both mission extremes (local only, global only) must be avoided.

Mission and missions need to live together. I want us to be missional—living as agents of God’s mission in context—but you cannot take John 20:21 in isolation without also remembering Matthew 28:18–20 and Acts 1:8. We need missional churches engaging in global missions because both are clearly articulated in the teachings of Jesus and the actions of the disciples.

What Is the Missional Church (Part 4)?—Shaped By God and His Mission