It's not Starbucks' job to share the love of Jesus. It's your job.
Ed Stetzer 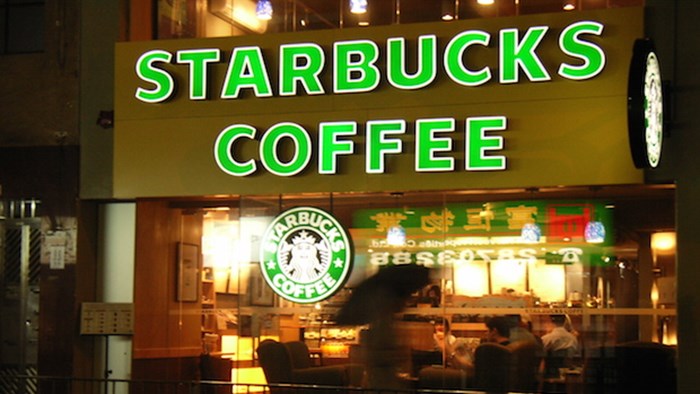 This weekend, you may have been rudely interrupted by government officials barging into your home because they wanted to arrest you for Jesus fish on the back of your car in the driveway and the cross hanging on your front door.

But that would require you to be persecuted, which if you're reading this, you probably aren't.

However, your weekend may have been inconvenienced by a slightly less intrusive news story about Starbucks red holiday cups. So, from what I've read, Starbucks hates Jesus because they have red cups without snowflakes on them.

The thing is, Starbucks never had anything about the Christian Christmas on their cups. Sure, they had trees and snowmen, but nothing about Jesus. And more, Starbucks employees repeatedly deny being banned from being able to say, "Merry Christmas." 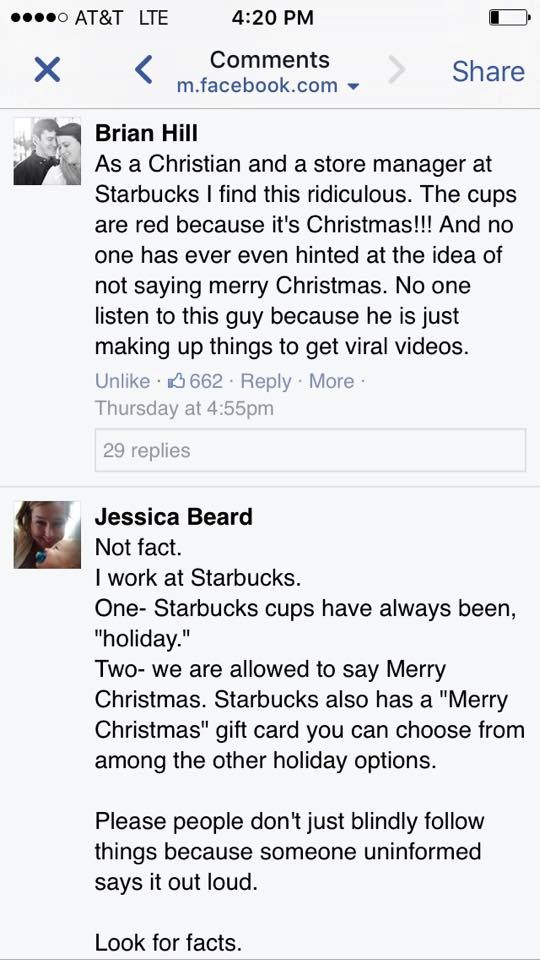 Grab Some Coffee, and Chill Out

Folks, we really need to calm down. If you've posted an outraged Facebook update, take it down.

Starbucks cups are red because of the Christmas season. Starbucks is not persecuting you. Starbucks may be attempting to respect those who don't celebrate Christmas—and that's OK. That's their choice. They're a business that exists to serve all customers without preference, regardless of what winter holidays they do or do not celebrate. If they choose to do that by means of a plain, red cup, that's their call.

I'm not going to opine on all the motives behind a solo red cup, but, perhaps this is because our society is becoming more secular (even though Starbucks has other Christmas-themed products available). If it is, we still need to learn to live together in our society.

As I wrote in this morning's USAToday print edition, Christians, and secularists, must live learn to peaceably amidst our differences,

As the culture becomes more secular and the devout remain steady, how will we see each other?

Unfortunately, many intolerant secularists and defiant believers see perpetual conflict as the only way forward. As this polarization of the American religious environment becomes more evident and entrenched, both sides should reject the dichotomy presented by those who make names for themselves by constantly pushing a combative agenda.

As much as some might wish that faith were dying away, it’s not. It will continue to be the primary influence in many Americans’ lives and one of the guiding influences for our society. The growth of secularism in this country should not include forcing religious individuals to exercise their faith exclusively in places of worship.

The real and obvious solution would be to rediscover true tolerance, where ideas — religious and secular — are welcomed for debate and discussion in the public square. With this in mind, we can learn to respect those who differ from us while affirming a free society for the religious and the non-religious.

Tolerance won’t stop the coming polarization, but it might help us to live in the same nation.

Here's what I would say—this is the wrong fight and being done in the wrong way. And, it's just making Christians look silly, like so many of these fake controversies do.

Don't get mad about stuff that doesn't matter.

It wastes time and energy and hardens people to what you have to say about the stuff that does matter. And, there are real concerns about our culture today, but my biggest concern about Starbucks products is their affection for all things Pumpkin Spice, not that their new red cup does not have snowmen on it any longer.

The Best Responses to the Faux Outrage

With the silliness of petty outrage comes helpful Christian responses to the outrage. Here are just a few of my favorites: 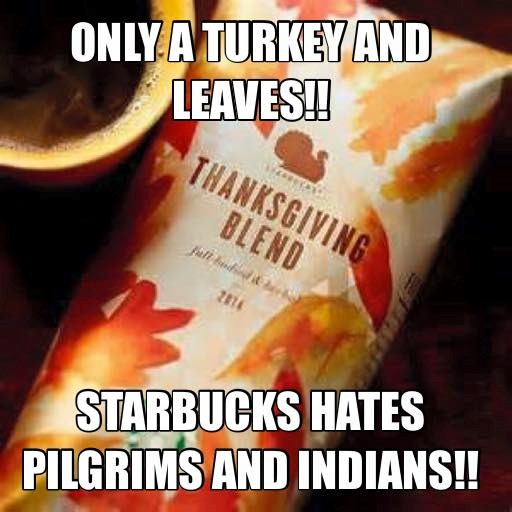 In response to my question about whether or not I should write a post on this...that's so punny. 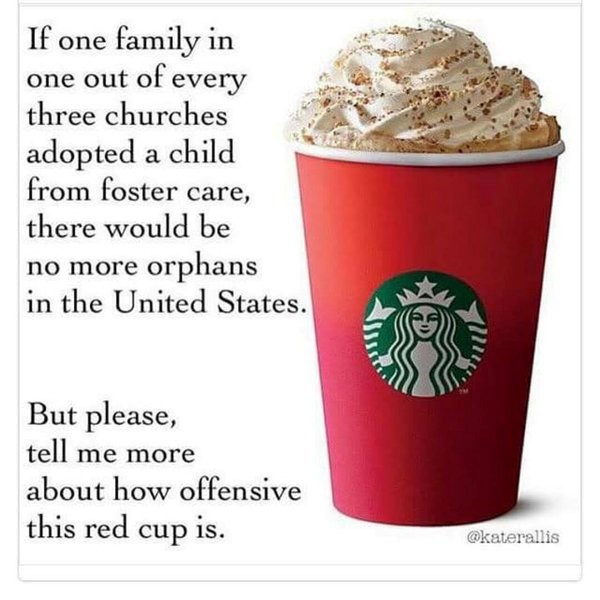 Write your name in your Bible to trick it into saying MERRY CHRISTMAS. #Shameful 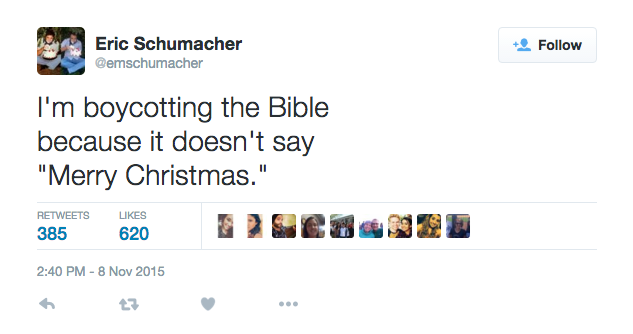 So, we don't need a #SoloRedCup campaign, though I am just beginning to wonder if there's a connection between the mysterious blood moons and the blood red cups Starbucks is giving people.

Please, as faux Christian controversies like this one continue to flare up from time to time, love others like Jesus. That's the right path.

Finally, again, please see my suprisingly timely article about polarization in USAToday, where I said we should "reject the dichotomy presented by those who make names for themselves by constantly pushing a combative agenda." And, if you find it helpful, you might also check out the post I wrote last week, in which I shared three easy ways you can be like Jesus amidst a more polarized culture.