The Targeting of Christians and How Christians Respond: Reflections on the Oregon Shootings

Pray for the families for whom this is not "another mass shooting," and then act in these ways.
Ed Stetzer 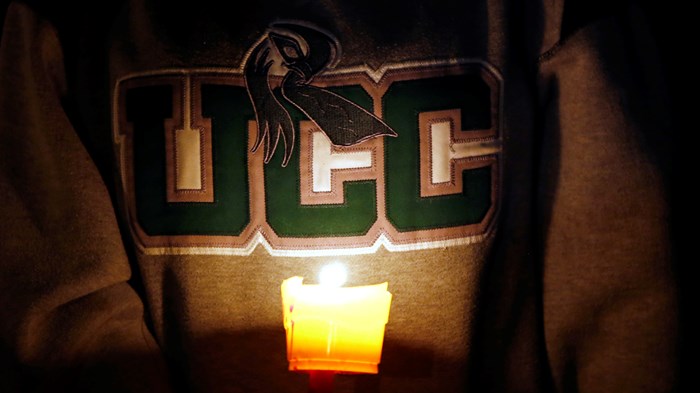 Shooting victim Anastasia Boylan, 18, reportedly told her father that the gunman entered the class and said before shooting the professor, “I’ve been waiting to do this for years.”

Boylan also told her family he used reload time to ask for student’s religion. “And they would stand up and he said, ‘Good, because you’re a Christian, you’re going to see God in just about one second.’”

After being shot Boylan played dead.

I’ve written a post for USA Today this morning, geared toward their audience and with the caveat that these reports often turn out to be incorrect. However, I've expanded on those thoughts here, specifically writing for Christians, with things that are true in all tragedies like this.

People will run to conflicting narratives and debates following such tragedies. Some will say that this is a gun control story, others a mental health story, and others, a story of Christian persecution. But compassion and lament should precede debate, and initial reactions should be shaped by our compassion and our beliefs about the gospel.

As such, our first reaction to such horrific events must be to pray for the families of the victims, the family of the shooter, and anyone else who will face the hardest days of their lives in the weeks ahead.

Then, second, Christians must ask, “How do we respond to something like this?” in light of our faith.

There will certainly many ways to respond, but let me share four simple ways we must respond:

1. We must be ready to give an answer for the hope we have.

This might sound ridiculous at first, because students at Umpqua Community College may have been killed for saying they were Christians. However, as followers of Jesus, and as ones who have sacrificed our lives for the kingdom of God, we must remember that being a Christian means we put our hope in a story that goes beyond our numbered years.

As God’s instruments of justice, Christians should lead the conversations in that pursuit and to that end.

When Christ rose from the dead and ascended into heaven, the trajectory of human existence went with him. The gospel tells us that while we were still sinners, Christ died for us, and that he is going to prepare a place for us where the brokenness of this world cannot kill and where tears will be wiped away forever.

In the face of targeted attacks such as these, or perhaps even more specific persecution in the future, Christians must remember that our hope is not in this life, but in life beyond the grave.

2. We must fight to forgive.

By the grace of God, when evil came knocking on the door of Emanuel African Methodist Episcopal Church in Charleston, South Carolina, forgiveness answered. We need to learn from them and their response where friends and family responded not with hate-laced rhetoric, but with the forgiveness they have found in Jesus Christ.

Forgiveness is far from easy, but if we’re honest, that which is right is rarely easy. It truly can be a fight to forgive. C.S. Lewis once said, “Everyone says forgiveness is a lovely idea, until they have something to forgive.” This is too true, isn’t it? And how are we to forgive something as reprehensible as a mass shooting? We forgive others by the same grace God forgave us, motivated by the love Christ has for us.

No matter how confident you may be in the depravity of man and the sovereignty of God, we often struggle to make sense of tragedies such as yesterday’s shooting in Oregon. We are not wrong when we ask why God might allow tragedies to happen, but we must find faith in the one who holds it all in his hands.

For the families involved, this is more than “another mass shooting.” Pray for them.

God is good, this we know; what we do not know is how God can use mass murder to work out his good plan for his people. This is cloudy and difficult for us, as it should be—we should never be comfortable with the ever present reality of evil and its fruit. But we must remember who has ultimate authority. God is always at work in the darkness. His sometimes silence should not be interpreted as apathy or disinterest.

4. We must work for justice and resist vengeance’s temptation.

Isaiah 1:17 instructs us to learn to do good, seek justice, and correct oppression. Justice is of utmost value to God, and so it should be with us. What we must be careful to consider, however, is the line between justice and vengeance. Vengeance is God’s, not ours (Rom 12:19), but justice is a joy to the righteous and terror to evildoers (Prov 21:15).

As we grieve, pray, and otherwise respond in the days ahead, we ought to do what we can to seek the good of the world around us and prevent further tragedies. No matter what you believe about gun control or other political issues surrounding mass killings, we all likely agree that something must be done. As God’s instruments of justice, Christians should lead the conversations in that pursuit and to that end.

Regardless of your gut reaction, or what you feel an appropriate response, please do pray for the victims’ families and the shooter’s family. You and I may be broken by the works evil has wrought, but for the families involved, this is more than “another mass shooting.”

This morning, I talked to Dennis Kreiss, who pastors a non-denominational church in Roseburg, Oregon. He has been in the hospital visiting with families of the victims. His church was one of the churches holding a vigil last night.

I'll close with Dennis’s words. When I asked him what we should be doing right now, he echoed Jesus' words in Matthew 5:44:

I would say what Jesus said, our job is to protect those that we love and also to love our enemies and to pray for those who hate us and despitefully use us.

Chris Martin contributed to this article. Also thanks to Chris, Marty Duren, and Amy Whitfield for helping on the USA Today article.

The Targeting of Christians and How Christians Respond: Reflections on the Oregon Shootings