Are pastors really leaving ministry in droves? Not so fast...
Ed Stetzer 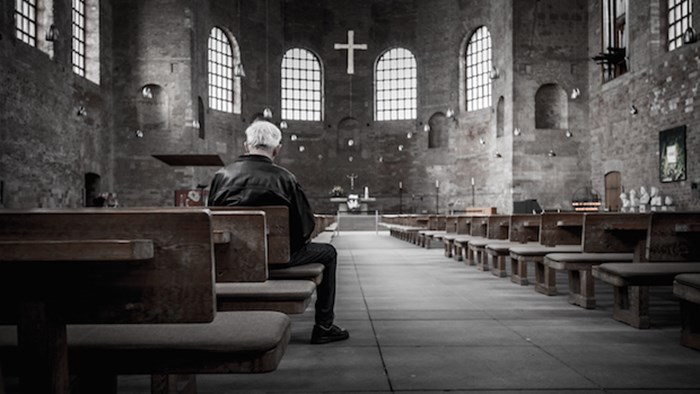 It appears that being a pastor will almost kill you, everyone is quitting, and those who stay in the ministry wish they could get out.

At least that’s what I hear at conferences, on Twitter, and on the interwebs.

The problem—it’s not true and the false report is hurting pastors and the reputation of the church and ministry.

But, unfortunately it’s part of a much larger pattern of shocking statistics.

There are several claims we see a lot. “Christians and non-Christians divorce at the same rate.” We’ve sort of debunked that statistic. Then there’s the claim that the church is dying despite no real researcher anywhere believing that to be true. Or, my favourite headline, “Youth Groups are Driving Teens Away from Faith.”

So where do these stats come from?

It appears that being a pastor will about kill you, everyone is quitting, and those who are staying wish they could get out.

Various sources help spread these numbers. Some formerly cited them, but have since taken them down.

However, one that is frequently cited today is the Francis Schaffer Institute’s Into Thy Word. It's a webpage by people who love the Lord and love pastors, but they give some stats they say they received from two conferences held in 2005 and 2006.

The webpage indicates that these surveys were from the two conferences in California. That's important and helpful, though it is often left out when people quote the stats. First, this means the numbers were based on what we call a “convenience sample” and are not representative of pastors in the U.S. Secondly, the conference could have been for pastors with troubled marriages or ministries. That would obviously skew the responses received.

But then the website also gives a broader statistical look where they say, “Here is research that we distilled from Barna, Focus on the Family, and Fuller Seminary, all of which backed up our findings.”

Here they cite the “1,500 pastors leave the ministry each month” number, which we’ve already discussed. They also contend “50% of pastors' marriages will end in divorce.” This is a particularly stunning number since the divorce percentage for all marriages is not that high, according to marriage expert Shaunti Feldhahn. This would mean pastors’ marriages are worse than the culture.

They continue with other stats that they say "backed up" their stats. citing Barna, Focus, and Fuller. They claimed:

None of the ministries cited, however, have these stats numbers. I spoke to both Barna Group and Focus on the Family about their inclusion. Furthermore, I can't find any reference at Fuller.

To be fair, focus shared that some of these stats were on their web page years ago, but have been corrected. Jared Pingleton, director of counseling services, told me those stats “are not accurate.”

David Kinnaman of Barna Group said, "None of these are ours," even though the pastor "doomsday stats" [his words] are "persistently quoted and persistently attributed to us."

People tend to share these bad stats for a couple of reasons. Maybe they heard it from a pastor or leader they trust. Often, they think hearing these shocking numbers will help pastors remain faithful, but frequently it just leaves pastors discouraged and hurts the church's reputation. Some use the numbers to justify their ministry of helping pastors.

Whatever the reason, we should be honest about the numbers. Facts are our friends.

The truth of the matter is a vast majority of pastors love their job and don’t think it is harming their family. For example, nearly 8 in 10 pastors (79%) disagree with the statement, "Being in ministry has had a negative effect on my family." A majority (58%) strongly disagree! Most feel privileged to be in the ministry—an overwhelming number, actually. I saw this back in 2011 and I’m not the only one saying this now. 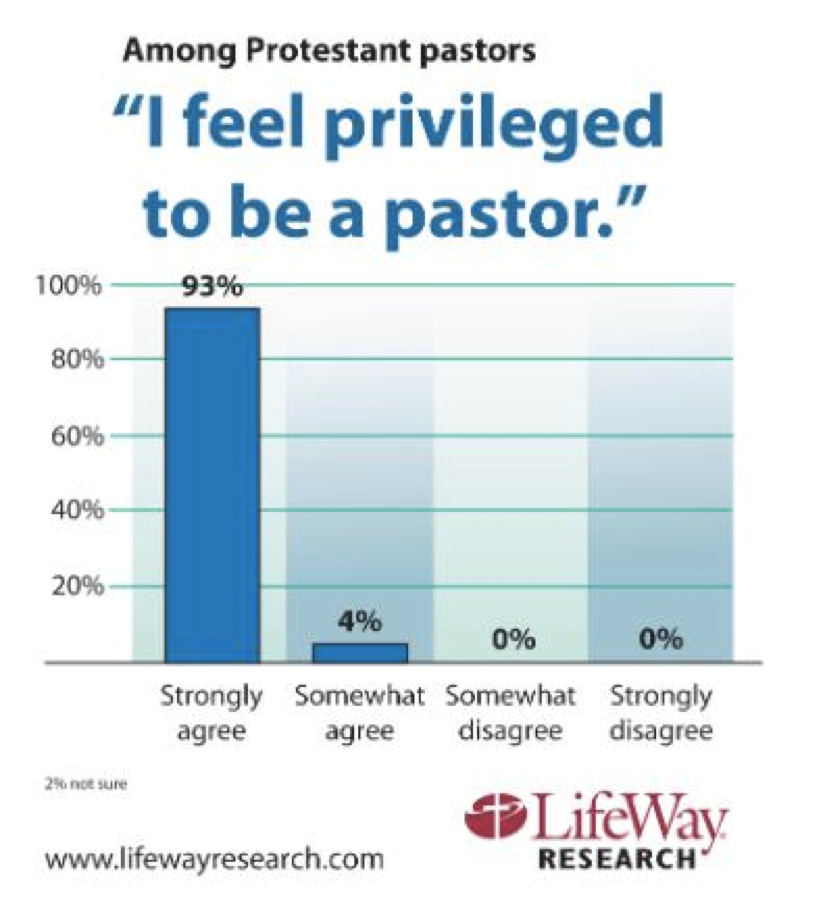 Our recent LifeWay Research survey confirmed our earlier contention: pastors recognize the challenges that exist in their job, but they love the ministry and aren’t leaving it in droves. Earlier this month, Leadership Network posted my video conversation with Warren Bird where we discuss the truth that only around 1% of pastors in evangelical and historically black churches abandon the pulpit each year.

I want to make clear that I don’t think there are any bad guys in this situation. Everyone wants to help pastors, but there are bad stats and they can have a bad impact. This is why we have contacted the good people who run the frequently cited website and encouraged them to update their numbers.

Furthermore, I've shared bad stats, even quoting the "Christians and non-Christians divorce at the same rate" years ago. I just don't do it now since I've seen better data. And, I am hoping that we will all share better info as we get better info.

Facts are our friends.

If I’m wrong, I will publish any research that confirms the numbers from the website. Feel free to point me to any research I am missing. But it must be actual research and the original source, not just another citation of the website numbers.

Soon, I’ll be sharing some research from the Wesleyan Church, LifeWay Research, and from others that addresses the issue as well. I feel the truth is too important to allow the continued spread of bad stats.

Part 2 finds even the man who authored the original study agrees the facts are outdated if not wrong.

That Stat that Says Pastors are All Miserable and ...