I am thankful for the diversity of the body of Christ and am honored to share the names of some suggested Asian-American preachers.
Ed Stetzer 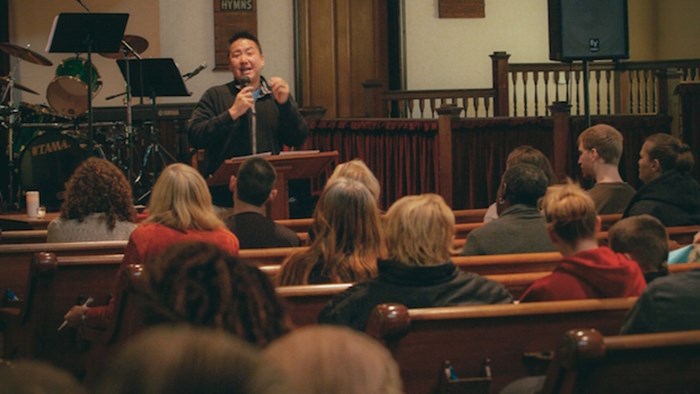 I love the diversity of God’s kingdom, and I love learning from others.

When we read Revelation 7:9, it's a multi-ethnic, multi-cultural, multi-lingual gathering around the throne of God, as we all unite under the banner of Jesus. However, we also recognize that this experience, which is so central to our eternal experience, is rarely experienced in the here and now. This is unfortunately tragic.

I've had the privilege of serving in multicultural settings, and was especially blessed to have served the English service preacher at the Buffalo Chinese Christian Church, and I found that we are consistently challenged when we listen to people from different cultures and contexts.

Taking the Time to Learn and Listen

With that in mind, I have tried to pay attention, in recent years, to the importance of embracing a more multi-ethnic reality in the church and church world. I have tried to give attention to it on my blog, but also, really, throughout the various other elements of our platform.

Part of that is bringing attention to others, and we've tried to do that through our Thursday is for Thinkers, where we highlight the thoughts of women leaders and persons of color.

Some Preachers You May Not Know

I think we need to help identify more leaders so we hear from more voices. However, most of the lists of “great preachers” are made up of anglos. In our most recent list, the list was made up of primarily white evangelical bible teachers (with one mainline protestant). There were no persons of color on the list. (We are doing that survey again, so we shall see if that changes.)

I’ve been Googling around and listening to preaching outside of my own tradition and ethnicity as of late. There are other lists of great African American preachers (as you might expect), but also of Latino preachers. However, I could not find anything similar for Asian Americans.

If you have such a list, feel free to post it in the comments, as such lists are always better coming from people inside a culture rather than outside.

Gathering and Sharing Some Preachers

So, I tweeted out, "I'm looking for some of the best Asian-American preachers. Any suggestions?," hoping to do just that.

Now, asking my Twitter followers is not a research project, and if it were, it would be a skewed one. The answer come from my Twitter connections, which is a set group and not a random sample.

So, this is not a “top five” list. It’s just a list of preachers that some friends recommended to me most frequently. It's just gathering and sharing some preachers.

My friend DJ Chuang would be a better connector and source, but he encouraged me to post the list, so I am. However, you really need to go to his site, which includes much more info, including more links to many men and women leaders in the Asian American community.

Let me also add that DJ was a part of a series we did here at the blog, hosting Asian American leaders, to talk about the Asian American Christian community and more.

The humorous title is from the fact that I have heard Francis Chan and Eugene Cho speak, and know that they have books, so you probably already know them. (The title was not inspired by this Peter Chin tweet, but it was sent to me after we posted, and it was too good not to share.)

But, other than the fun, I think they are great leaders and speakers. Both Chan and Cho received, by far, the most recommendations, but because they are so well known we didn’t include them in the immediate list. We have included some basic data about them at the end, however, because we appreciate them both.

We wanted to list some preachers you may not have recognized, or you knew less about.

These seven individuals were consistently mentioned as great preachers in the responses I received. I hope you will take the time to pay attention, to learn from them and to allow their ministry to challenge and encourage you.

I’ve never heard any of the first five speak or preach, to my recollection, but I’ve met several.

So, if the day comes and you say, "I’d like to listen more to preaching from someone coming from a different background," here are the top "vote getters" in Ed Stetzer’s totally unscientific Twitter poll.

Finally, if you wonder, "Why isn't so and so on the list?," it's just because these 5 + 2 got the most mentions via Twitter, Twitter direct message, and even via email. So, it's not a list of anything other than the most mentioned people to me via Twitter. There was no filter or process beyond that.

And, my hope is that it is of some help. 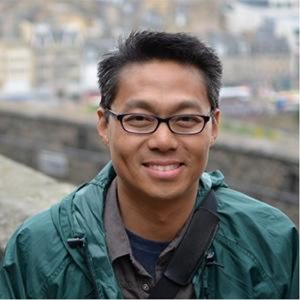 James Choung has been involved in campus ministries for over 17 years, empowering rising generations of Kingdom world-changers. He currently serves as national director of evangelism for InterVarsity and is ordained with the Vineyard. He has written True Story: A Christianity Worth Believing In and its follow-up, Real Life: A Christianity Worth Living Out, and he has taught at Bethel Seminary San Diego on leadership development and evangelism. He frequently speaks at campuses, churches, and conferences, and his work has been featured in many publications including Christianity Today and Leadership Journal.

James has also sat in too many classes, writing his D. Min. dissertation on postmodern leadership development at Fuller Theological Seminary, receiving his M. Div. from Gordon-Conwell Theological Seminary, and studying management science and marketing at MIT. He has previously served on the pastoral staff of a Boston-area urban church plant and of a megachurch in Seoul. He has also led worship at national conferences, and has been on boards for higher education and an overseas business startup. For fun, he likes to travel with his wife, tease his two sons, play board games with his buddies, hit jazzy chords on the keys, enjoy Los Angeles’ endless summer, and swing a racket in hopes of playing something like tennis. He blogs irregularly at www.jameschoung.net.

You can find James’ teaching here. 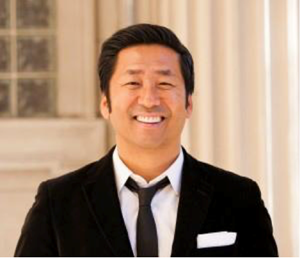 Peter is a native Chicagoan. Since arriving in the U.S. at the age of 10 he has lived most of his life here in the greatest city in the world. He has completed a Master of Divinity and a Master of Theology from Trinity International University (formerly known as TEDS). Peter is the Lead Pastor of New Community Covenant Church, a multiethnic urban church in two locations, Logan Square and Bronzeville.

His passions in life include preaching Jesus as the goal of all of life, planting multicultural churches in major urban city­ centers that will proclaim Jesus as Lord, and pastoring kingdom missionaries that will make Jesus known to the ends of the earth. His “rock” (that’s with a small “r”) is the love of his life Jenny and his joys are his three beautiful children Parker, Sophie and Noah. When not in his office you will most likely find him hanging out at a local coffee shop reading, studying, meeting new people, and yes drinking a beverage.

You can find Peter’ sermons here. 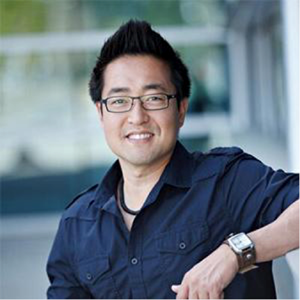 Ryan is originally from Los Angeles, CA. He moved to the Bay Area to serve as a Teaching Pastor at a healthy local church in Fremont. There, he envisioned a Gospel-centered church that would benefit the city physically, socially, and spiritually. He shared this vision and led a small group of people to birth a missional movement called Resonate. His passion for the Gospel and relevance of culture bleed out of his teaching.

Ryan’s primary roles within Resonate are preaching, vision, and strategy. In his spare time, he likes to watch college basketball/football, UFC, and hang out with his wife, two boys and daughter. He enjoys the outdoors, but when it’s too cold to surf and ride his bike, he likes to eat.

Ryan is a graduate of Talbot School of Theology.

You can find Ryan’s sermons here. 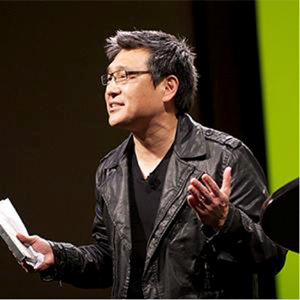 Dave Gibbons has a passion for emerging, next-generation leadership development, community transformation and consulting business leaders and artists. He uses his passion in three different global playgrounds: The first is The Awaken Group, a consulting firm specializing in creativity, culture and innovation in leadership; the second is a movement of churches not bound by geography called Newsong throughout Southeast Asia, China, India, Korea, Mexico City, London, and North America. Lastly, there is a crazy bunch of people in an organization called Xealot that focuses on transforming marginalized communities through strategic leadership development and ideation ventures.

Dave has written a book on culture and leadership based on an eastern parable called The Monkey and the Fish.

You can find Dave’s sermons here. 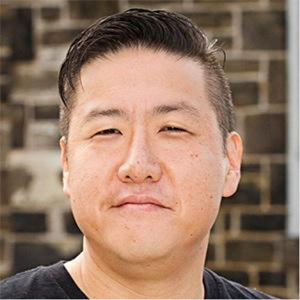 Pastor Dan Hyun is the pastor of Village Church in Baltimore, MD. Dan was raised in the greater Philadelphia area, receiving a degree in speech communication from Penn State University, a Masters in Divinity from Biblical Seminary, and is currently working towards the Doctor of Ministry in Urban Missiology at Biblical Seminary. Dan is passionate for God's work in the city serving with urban churches in Philadelphia and Baltimore and in 2008 led a team to start The Village Church with the hopes of expressing a multicultural expression of the Kingdom of God. Some of his interests include urban ministry, church planting, sports, pop culture, and conversations on culture, race, & ethnicity. After God, his greatest desire in life is for his wife, Judie, and two daughters.

You can find Dan’s sermons here.

Eugene Cho is the founder and Lead Pastor of Quest Church – an urban, multi-cultural and multi-generational church in Seattle, Washington – as well as the founder and Executive Director of the Q Café, an innovative non-profit community café and music venue. He is also the founder and visionary of One Day’s Wages (ODW) – “a grassroots movement of people, stories, and actions to alleviate extreme global poverty.”

You can find Eugene’s sermons here.

Francis Chan is the best-selling author of books, Crazy Love, Forgotten God, Erasing Hell, Multiply and You and Me Forever, co-written with his wife, Lisa. Francis has also written the children's books Halfway Herbert, The Big Red Tractor and the Little Village and Ronnie Wilson's Gift. Francis is the founding pastor of Cornerstone Church in Simi Valley, California, and is the founder of Eternity Bible College.

Currently, Francis is planting churches in the San Francisco area and recently launched a countrywide discipleship movement called Multiply with David Platt. Together, Francis and his wife Lisa raise their seven children in Northern California.

You can find Francis’ sermons here.

If you'd like, feel free to mention others in the comments, but (as always) check the comment rules before commenting. And, if you are reading this post, be sure to read the comments and see others who might be suggested.