Leading the Diverse Body of Christ: An Interview with Thabiti Anyabwile

This week on The Exchange, catch Thabiti Anyabwile and a fascinating interview with civil rights leader John Perkins.
Ed Stetzer 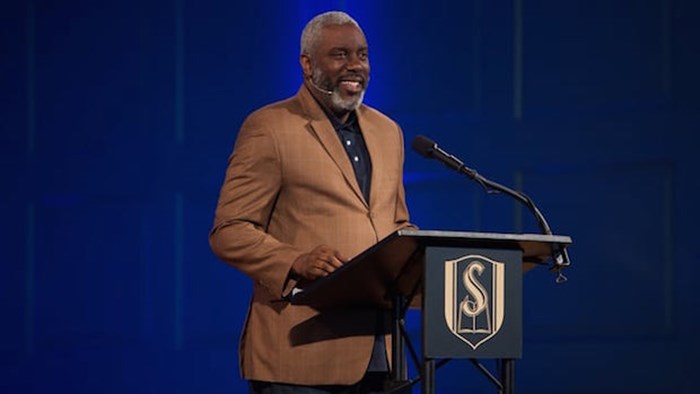 Later today on The Exchange, Thabiti Anyabwile joins me to discuss a host of topics including his calling to lead and African American church. I am thankful for Thabiti's ministry, and I think you will find our discussion fruitful.

In case you don't know Thabiti, he is one of the pastors for Anacostia River Church in Washington DC, he served as an elder and pastor in churches in North Carolina, Washington, D.C., and the Cayman Islands, and he is the author of several books.

Thabiti's newest book is Reviving the Black Church and it releases in just a few weeks. Here's a brief description: 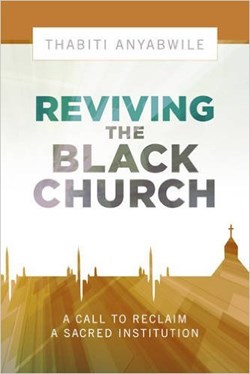 Is the Black Church dying?

It’s pastor and church planter Thabiti Anyabwile's humble prayer that this book might be useful to pastors and faithful lay members in reviving at least some quarters of the Black Church, and churches of every ethnicity and context— all for the glory of God.

Most recently, Thabiti has been widely read regarding Ferguson and issues of race and justice.

Thabiti blogs at The Gospel Coalition. He wrote a post on the roots of racism back in March that helped frame the issue:

When my wife and I purchased our first home, I determined our lawn would be at least comparable to that lovely lush landscape of the guy two doors down. Our street took a lot of pride in curbside appeal. I joined them in the weekly ritual of weeding, seeding, planting, mowing, watering, raking, trimming and brimming with pride.

I spent a lot of time rooting shrubs and flowers, and sometimes digging up the roots of things that needed to go. I learned something valuable while bent over my spade, turning mulch, and worming my fingers into loam to find the extent of root balls: Only well-rooted plants survive, and sometimes that means roots must run deep.

That came home in a powerful way when someone gave me a cactus to plant. Actually, it wasn’t even a complete cactus, just a leaf. They told me it would grow anywhere and wouldn’t need much attention. So I stuck it in the dirt at the mailbox, the pretty white mailbox perched atop a white post with colorful tulips painted on its side. The cactus was meant to be the backdrop to the dancing colors of real tulips surrounding the post. Soon the cactus grew. The one leaf became two, then doubled again. Before I knew it the cactus had taken over the mailbox area, drinking up all the moisture and nutrients. My tulips drooped, faded and died.

Finally I decided to remove the cactus and replant the small bed around the mailbox. That’s when I discovered how deep and wide cactus roots run! That sprawling system of tentacles forced me to dig up a sizable section of the front yard curb area! After a couple weekends of toilsome digging and searching—and a couple of weekends of hard looks from neighbors—I dug up the cactus, roots and all, and started anew.

In the last couple of weeks we’ve gotten a good glimpse into the root system of racism. We thought we could stick the racists into the country’s past, next to a post marked “obsolete,” and gladly forget about it. But the roots of racism run deep. That’s why an entire police department and many others appear shot through with indications of that insidious root system. That’s why we’re now inundated with reports of municipal governments and court systems complying with police to raise revenue on the backs of African Americans. And that’s why we’re watching youtube videos of students on college campuses—both secular and Christian—engaging in acts that are at least stupid and insensitive and in some cases plainly racist.

The roots run deep, deeper than the natural eye can see, beneath the soil of our hearts, our cultures and our institutions.

We need to do some digging—especially Christians and Christian leaders. It’s necessary we take the shovels from our garages, put on our gardening gloves, and get to weeding.

Seems to me a few things need to be recognized perhaps more fully and even gladly than they have been.

In December, I was part of an event with Thabiti and a number of other Christian leaders called "A Time to Speak," held at the Civil Rights Museum in Memphis, TN to talk about the issue of racism and racial reconciliation in our churches. Thabiti said at the event regarding violence against African Americans, specifically regarding Michael Brown in Ferguson, MO, "What I want for the Mike Browns is for them to survive their teenage years." Read a full report of the event here and watch the whole discussion here.

I hope you'll watch the interview live this afternoon at 3pm ET.

Also on today's show, Trillia Newbell interviews John Perkins about how the gospel informs our racial reconciliation. It's a fascinating interview between Trillia and one of the legends of the civil rights movement.

Finally, last week on the show, I interview Jon Acuff. That episode is the latest edition of The Exchange Podcast, which was previously available on Thursdays, but will now be shared on Tuesdays.

Download this week's episode of The Exchange Podcast with Jon Acuff.

Leading the Diverse Body of Christ: An Interview with Thabiti Anyabwile

Leading the Diverse Body of Christ: An Interview ...