It's tempting to believe what may say about the Christian church, but discernment is important.
Ed Stetzer 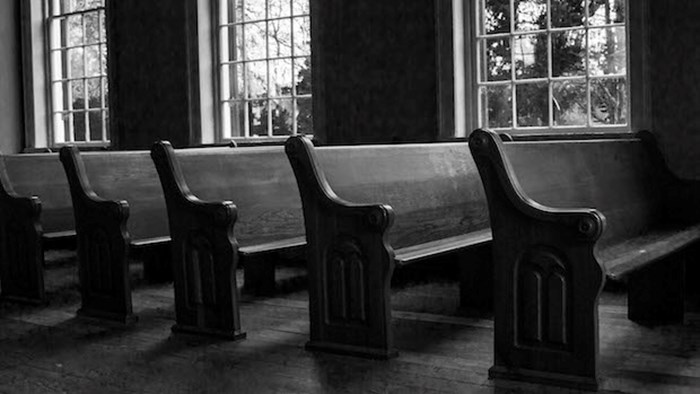 I was recently interviewed by PE News, which is the official news source of The Assemblies of God, about church culture myths that are believed and spread by many throughout the country who are both in- and outside of the church.

As I always say, facts are our friends, and when we come along a ridiculous proposition or obscene statistic that makes us wonder, we ought to proceed in wisdom and with an extra measure of discernment.

Below is the article containing the interview. James Bradford and David Drury were also interviewed in the same article, and I respect both men greatly.

In much of society and even the Church presumptions exist about evangelicalism that may not necessarily be true. PE News asked a panel of experts to debunk some of the cultural myths currently gaining currency. Those participating in the discussion are Assemblies of God General Secretary James T. Bradford; David Drury, chief of staff to the general superintendent of the Wesleyan Church; and Ed Stetzer, executive director of LifeWay Research. They all answered cultural myth questions posed by PE News Editor John W. Kennedy.

Myth 1: Millennials (those born between 1981-96) are leaving the Church in droves.

JAMES T. BRADFORD: This has not been our overall experience in the Assemblies of God. At the end of 2014, those under 35 years of age constituted 54 percent of our 3.15 million adherents in the U.S. Those ages 18-34 constituted 23.4 percent of all of our adherents. Over the past four years, the number of millennials in our churches has increased by 4.3 percent.

ED STETZER: LifeWay Research has found the dropout rate for young adults who attended a Protestant church regularly for at least one year in high school is about 70 percent. But, of those who left, almost two-thirds return and currently attend church.

In short, millenials are becoming secular in droves, often dropping their Christian self-identification.

If you believe that many millennials once called themselves Christians are no longer doing so, you'd be correct. The next generation is much more secular. However, what is not that different is the percentage of those that are devout religious people. True believers often attend church regularly and have more conservative social values.

In short, millenials are becoming secular in droves, often dropping their Christian self-identification. Yet, there are many who are still devout believers, and that percentage has not dropped in "droves."

DAVID DRURY: The reality is that each generation experiences variations in church attendance at certain ages, and somewhat predictable returns later. However, sticking our church leadership head in the sands during this time would be unwise. There are certainly cultural realities to our day that are not following a pattern from the past. Some of the reasons we hear young people leaving the church are disconcerting, and include loss of faith in God, opposition to the positions of the Church on moral issues, distrust of leadership, or even questioning our evangelical view of Scripture. While the problem of young people drifting away from the church is not a new pattern, the problems we are facing are in fact new.

DRURY: Overall church attendance in my movement is actually growing and has been for more than a decade. A majority of this growth can be attributed to our larger churches, but overall in the last decade we are seeing a growth in attendance (up 21 percent), conversions (up 38 percent), and baptisms (up 48 percent), reaching record marks in those areas multiple years in a row.

BRADFORD: Assemblies of God major worship service attendance has increased annually 13 out of the last 14 years. Our experience is that there is less brand loyalty to the Assemblies of God than a few generations ago, but those Assemblies of God churches where people authentically encounter God, grow in understanding the Scriptures and become a part of life-giving relational communities are growing, some dramatically.

Myth 3: Millions of American Christians are abandoning the faith.

STETZER: According to the most recent research from Pew, the Christian share of the American population declined almost 8 percent from 2007 to 2014. But when you look more closely at the numbers, you see those who are no longer identifying as Christians were not living out any real, vibrant faith.

As a matter of fact, when looking at evangelicals, they make up a larger percentage of the population today than they did in 1972, according to the General Social Survey. Today, one out of every eight Americans is a church attending evangelical. Even in Pew's study, they found the raw number of American evangelicals has increased in the last seven years from 59.8 million to 62.2 million.

BRADFORD: Over the past 25 years, we have seen 47 percent growth in Assemblies of God adherents, compared to a 29 percent population growth (according to U.S. Census statistics). The annual number of conversions to Christ through U.S. Assemblies of God churches has nearly doubled over that same period of time. We find spiritual awareness and hunger growing in the culture.

Myth 4: Christians in the U.S. don't have to worry about being persecuted.

DRURY: Currently Christians in the U.S. do not have to worry about the level of persecution that the Church experienced many times throughout history or that much of the Church around the world today still experiences. However, there are some concerning trends in the U.S. As of now, our churches have not had to change their practices in the face of Supreme Court rulings. However, nonprofits and Christian educational institutions have had their religious practices of conviction threatened. We should not be shrill about such threats, but to ignore these issues is to betray a lack of care and attention that is required to be not only faithful stewards but also good Christian American citizens, who believe these rights of the religious should be protected by the First Amendment.

BRADFORD: There is a distinct sense in which evangelical Christians have already been marginalized, stereotyped, and now ridiculed. These are the first steps towards being vilified and overtly persecuted. Right now the evangelical church in America is facing the stiff headwinds of cultural secularism, moral relativism, and even aggressive atheism. As a result, the margins of acceptability for the Christian worldview are shrinking in society. Some of our ministries to university campuses are feeling this in very specific ways as ministry groups are being asked to move off campus in some regions of the country.

STETZER: There have been several recent instances where religious liberty has been eroded in America. Christian clubs have been "derecognized" by colleges and universities. Politically and legally, we are in the midst of contentious debates over the extent of our religious freedom in terms of health care and marriage. I do not believe these should be considered persecution. When we refer to this as such, we lessen the real examples in places like the Middle East. But simply because our current issues do not rise to the level of persecution that does not mean we will never experience it in the United States.

Myth 5: Sunday morning is still the most segregated time of the week in the U.S.

BRADFORD: A new Pew Research Center report cites the Assemblies of God as the most diverse evangelical denomination in the U.S. Pew reports Assembly of God adults are a third non-white. Our own statistical research, based on all ages of adherents, indicates we are now 42 percent nonwhite.

STETZER: Churches are doing better and denominations are becoming more diverse, but there is still a significant amount of improvement to be made. LifeWay Research found two-thirds of American churchgoers say their church has done enough to become racially diverse. Almost all Protestant pastors (90 percent) say racial reconciliation is mandated by the gospel. However, more than eight in 10 congregations are made up of one predominant race. American churchgoers like the idea of cultural and ethnic diversity, more than the actual practice of it in their church.

DRURY: The Church in America has been a slowly awakening giant in matters of race. Some of the reason that reconciliation has been so slow to take root is that the non-African-American Church has not participated in the process wholeheartedly. Too often African-American churches are asking for this journey, and the rest of us are not involved enough and are unwilling to give up the power to others and humble ourselves to the realities.

One area I am seeing great hope is how the church is beginning to respond to our immigrant neighbors in North America. God can break racist chains. In America, we now have a diverse Pentecost opportunity right in front of us.

Jesus is not coming back riding a donkey or an elephant, so let's not get too excited about a political savior.

Myth 6: If we elect the right political candidate, this nation will turn around.

STETZER: Jesus is not coming back riding a donkey or an elephant, so let's not get too excited about a political savior.

Yet, Christians are called to be good citizens and engage in the political process. But we must always be aware that our hope and true citizenship rests in the kingdom of God, not in an American politician. Too often our confusion of the two results in our hindering the spread of the gospel. If we are not careful, we can make it appear as if the only way you are welcome at church is if you belong to a certain political party. As citizens of the United States we have certain First Amendment rights, but as citizens of God's Kingdom we have a responsibility to lay down those rights if they interfere with the mission of our King. And He is the one who will ultimately set all things right.

DRURY: That hasn't worked before and I don't suspect it will this time. I don't hold out for hope in government, but instead hold out hope for Jesus. The solution to the world's problems lies not in a political party or ruling policies, but in the hearts of men and women surrendering to our Lord and Savior Jesus Christ. We know that our citizenship is of a higher variety, and our highest allegiance is to the Father in Heaven, above any flag on earth.

BRADFORD: The heart of spiritual renewal lies in people coming to repentance and faith in Christ. Cultural, political, and economic forces can play a limited role in preparing people's hearts, but it is a work of the Holy Spirit to bring authentic spiritual renewal.

Read the article on PE News here, and be sure to keep track of their work.