The characteristics of a "biblical church" must be true in all cultural contexts.
Ed Stetzer 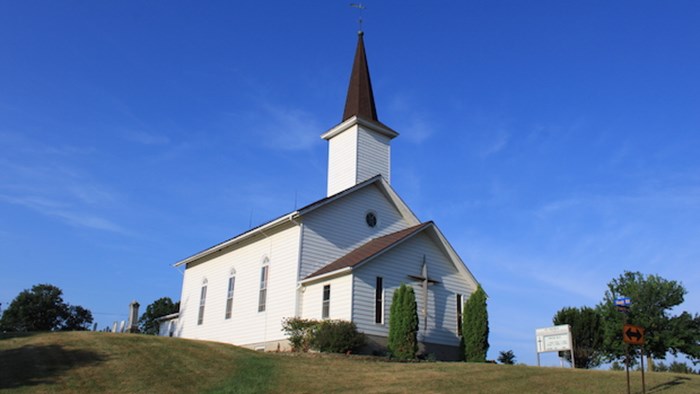 This is the second in a series of posts on Marks of a Biblical Church. In this series, I am simply thinking through what a church should be—in this and in every culture.

Here are the other posts in the series:

Marks of a Biblical Church Part 1: What Makes a Church a Church?

What We Mean By “Church” Matters

Today, that gets a bit murkier.

I was going to our local theater this week to see a movie. Our church meets in that theater so I made a joke that we were "going to church" to see a movie. My 13-year old daughter said, "No, the church is the people."

And, she's right. But she also calls our other campus (which has a building) our "church" when no one is in it. (And, note the white, clapboard church—steeple and all—at the top of this article.)

The challenge is that the word church carries a lot of baggage and does a lot of work—often in ways that are different than what the New Testament teaches.

A Meeting or a Building verses a Church

Jesus says that when two or three are gathered, He is there. He doesn’t say, however, that those gathered are automatically a church. We are not a church simply because we are in fellowship with other brothers and sisters in Christ.

Scripture gives a foundation for churches that defines their purpose and function and thereby shapes how we engage the world around us. Hence, I believe there are particular marks of a biblical church that should be shared by everyone.

Regardless of its time or place in history, there are certain things that make it a biblical church, and those things help us differentiate between “church” and “not-church.”

For example, a wonderful Bible study that meets on a college campus and regularly draws together college students to worship, but does not function under biblical leadership or take part in the ordinances of the church is not a church. It's part of the universal Church, yes, but not a normative biblical church as described in the New Testament.

Similarly, a building with columns and brick and religious symbols does not equate to a church. Many old church buildings across the world sit empty or have been turned into casinos, condominiums, clubs, and micro-breweries.

Thus, we need to define the marks of a biblical church that are true in all times and in all places. Then we can begin to effectively chart the course for normative expressions of the church.

We need to define the marks of a biblical church that are true in all times and in all places.

Characteristics of a Biblical Church

Probably the best known group for talking about the marks of a biblical church is, not surprisingly, a ministry named after those "marks." That ministry is 9 Marks, founded by my friend Mark Dever.

I've been influenced by what they've written and am thankful for them.

So, I am not writing a critique of what they do or in any particular disagreement. I will lay out six marks and, when I am done, I think that 9 Marks people would probably say that they line up pretty well and I just collapsed a few catagories, but my intent is just to write about marks, not to write about 9 Marks.

However, we are looking at the same biblical text, so our conclusions look similar.

I'm thankful for them and the work they do, and I am just thinking through the issues, influenced by them, but perhaps simplifying some of the categories and using some different language.

I imagine they'd be pleased if all of us thought more intentionally about the marks of a biblical church! So, here are my thoughts.

I come at conversations like this from a missiological lens, asking questions about how these things should be addressed in all cultures and throughout all of history. If a mark cannot be lived out in a biblically-driven church in Kenya, it should not be called a mark. For a mark to be trans-cultural, it has to have clear biblical mandate and universal transcultural ability. So, for example, a written membership covenant cannot be a mark since it requires literacy. However, covenant community can be. A house church of oral learning, Muslim background believers in Bangladesh can hold one another accountable in biblical community.

So, and this undergirds much of this series, we need a minimalist—but not a reductionist—definition of what the church is. In other words, if we are going to say this has to be true everywhere, we want to find the minimum standards by which we can rightly say, “This is a church,” but not take those minimum standards beyond the actual, biblical minimum.

The marks must be anchored in Scripture, so that they are, just as the Bible is, timeless. They should also avoid taking cues from the culture, so that they can apply anywhere in the world. (Their application, which we will discuss later, will indeed be influenced by culture.)

With those parameters as the guidelines, here are the six things I believe are the marks of a biblical church.

All marks should be timeless marks largely because they are described so often in scripture. And, this description is key. You will not find many of these prescribed, but some things are so frequently described, they are normative.

No where will you find a verse that says, “Your church should have biblical leadership” but the assumption of that presence of biblical leaders is obvious in the New Testament—thus it is a transcultural mark of a church.

However, these broad marks should also have local application. For example, I say that covenant community is a mark, and in my church, that is expressed in formal church membership (with an accompanying class and covenant), but in a house church meeting in Cuba, that covenant community may not have a class or a written covenant, but the 15 people doing biblical church are just as covenanted with one another.

Hence, a covenant community is a biblical mark, but it is applied differently in different places. And, let me add, written membership covenants, following a class on membership, does not make sense in a some cultures—but it does mine. We need the mark, but we also need the flexibility to apply that mark.