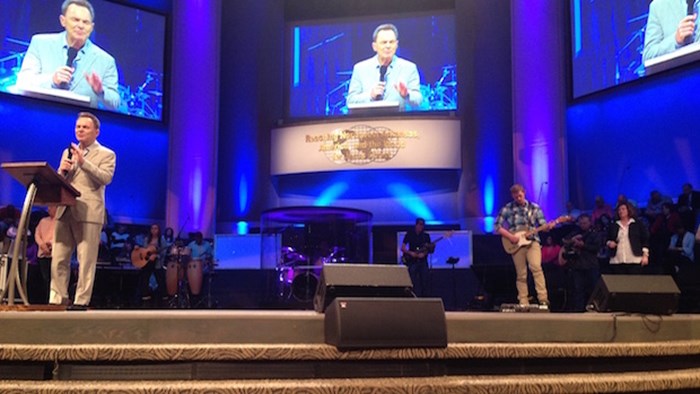 Last year, I had the privilege of preaching for my friend, Ronnie Floyd, at Cross Church in Northwest Arkansas. As I always do, let me share a bit, though, I am far behind on these Sunday Journey blog posts!

The five campuses of Cross Church have multiple Sunday AM starting times for worship. I started at the Springfield campus early service at 9:15.

It’s a more traditional looking building, but the inside is updated. This campus has a choir and a worship team. They work hard to blend the traditional and the contemporary. And, as you can imagine, it was quite well done. 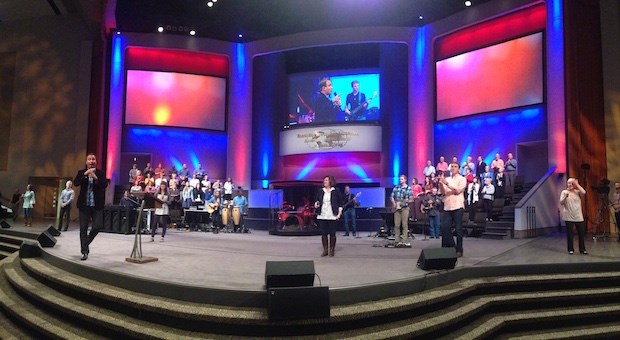 I preached live at two of the locations, and we had to get to both of them fast. This works well usually because Ronnie drives fast. :-)

However, in this case the interstate was shut down so we had to go side roads. It was a mess!

Here’s me trying to keep up with Ronnie! (We made it in time—barely—to the Pinnacle Hills campus.) 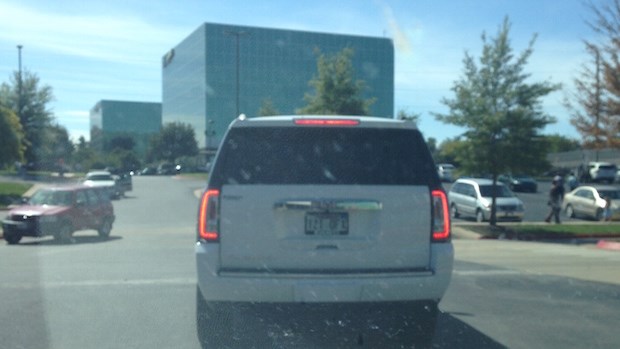 Let me mention two quick observations before I get to the main point.

First, as is often the case at large churches, you have to be intentional to make connections with pastoral leadership.

So, there is a place for that outside the worship center. We greeted lots of people, many of whom came from around the world (Northwest Arkansas is world headquarters of Wal-Mart.) I actually think most churches could benefit from this kind of intentionally, but larger churches must have it. 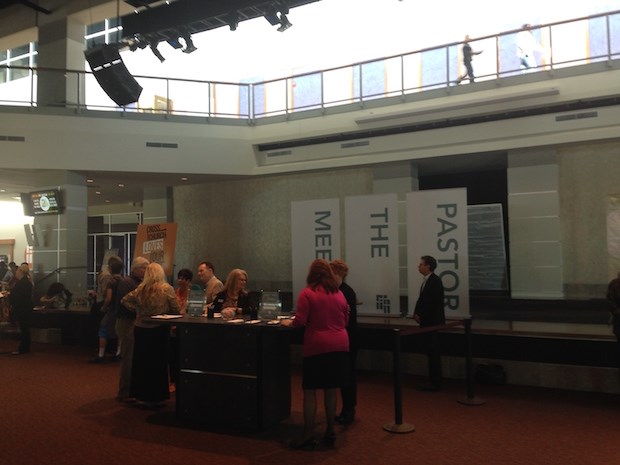 Second, they had a great passion for hospitality.

As one small example, they even had a reserved seat (and a special gift) for my daughter who came with me. 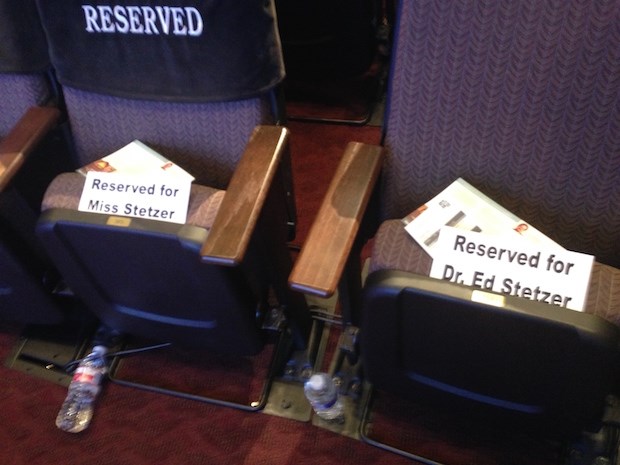 However, the main observation I left with regarded prayer. 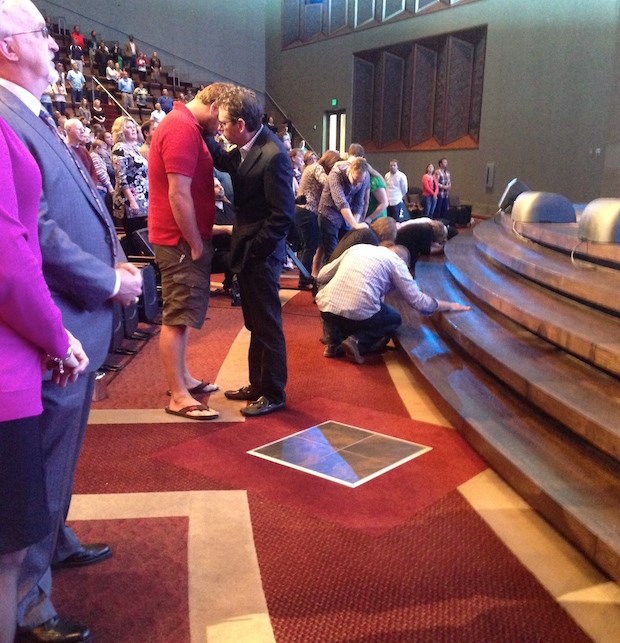 At one point, they actually stopped the service, got in groups, and prayed. 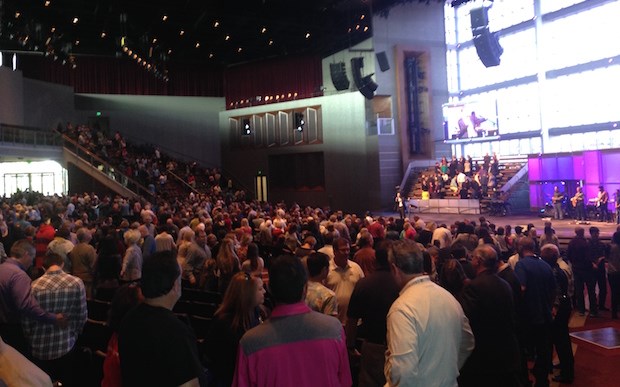 They prayed at the front at times. 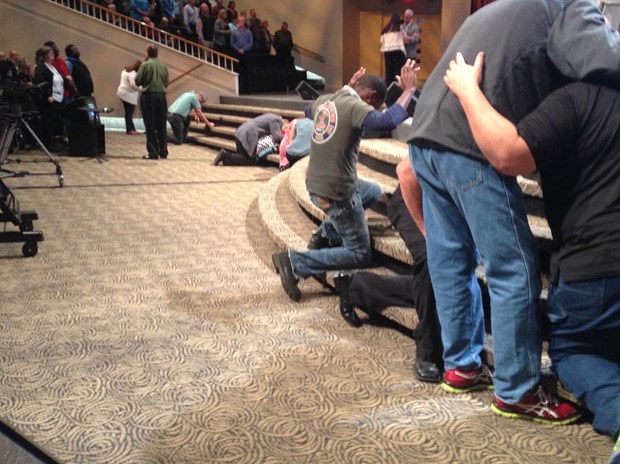 Ronnie led them at times. 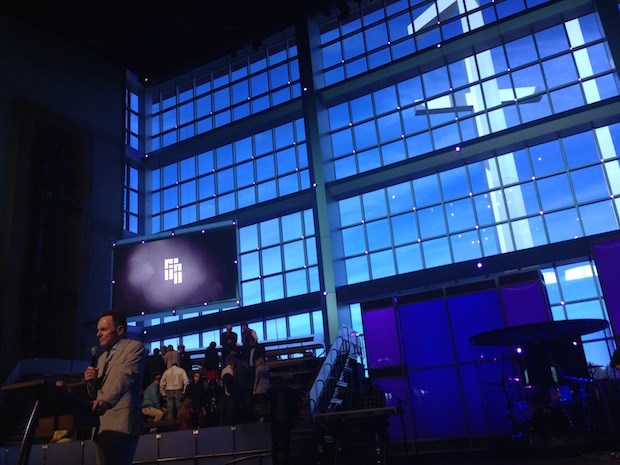 I’m thankful for my friend Ronnie Floyd, but I’m even more thankful that he models prayer at his church as he leads many others to value it as well!