Are We Talking Past Each Other? 3 Tips For Talking Faith With Friends & Neighbors

It is past time we return to the basics if we are to relate to those around us in a way they will understand who God is and what it means to follow Him.
Barry Cooper 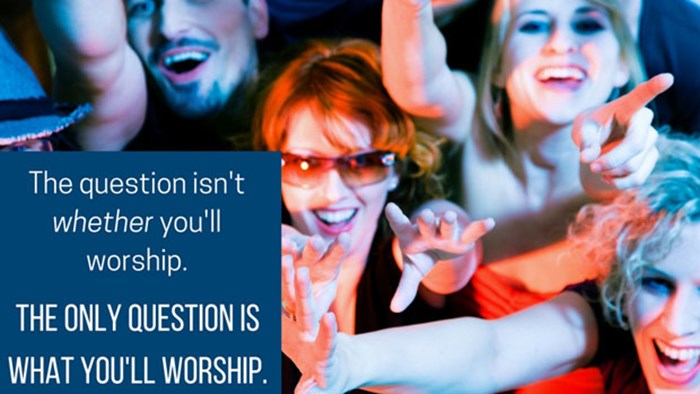 Today I am glad to welcome Barry Cooper to The Exchange. Barry is the Director of Product Development at Christianity Explored Ministries. He is the author of Discipleship Explored, and co-author of Christianity Explored and Life Explored. I believe what he has to say is important if we are to help our people—and ourselves—to engage in faith conversations. Our culture has done a reset and we live in a time when many people have no idea what “God” means anymore. In a sense, what Barry is doing is calling us back to the basics.

When we send missionaries across an ocean, we know they will need to spend months learning not only a new language, but also new attitudes, customs, and expectations.

But what about when we share the gospel with our next door neighbor? Most of our neighbors speak the same language we do, shop at the same grocery store, and take the same roads to work. We assume they will understand the words we use when we share with them the hope we have in Jesus.

As Western culture is less and less influenced by Christian ideology, we can no longer assume our neighbors are familiar with basic biblical concepts or terms. When you say words like “God” or “saved,” your neighbor might hear dozens of different meanings.

As a result, like cross-cultural missions, reaching out to our neighbors requires us to learn a new “language.” Just because we both speak English does not mean my friend will understand my words the way I intended. Needless to say, talking with friends and neighbors about spiritual truths can be tough.

There are three key things I find helpful when communicating gospel truths with those far from God.

The Bible describes sin in two ways: as law-breaking and as idol-worshipping. As our culture moves further from recognizing any absolute standard of morality, the concept of law-breaking resonates less. As Don Carson says, “In a culture like ours ... a better way to unpack the nature of sin is to unfold the nature of idolatry rather than the nature of law.”

To the person who says, “Actually, I’m not religious,” the Bible tells him or her that yes, he or she is, because everyone serves a god of one kind or another. As Bob Dylan once said, “You’re gonna have to serve somebody.” Is it approval, status, comfort? Sex, money, work, family, health, sport? The question isn’t whether you’ll worship. The only question is what you’ll worship.

That’s something we really want to help people discover. In fact, it’s helpful to start with a simple diagnostic question. For example, “What, if you lost it, would make you feel that life wasn’t worth living?” or “What's your ‘if only’?”

Our deepest desires for happiness and fulfillment and security aren’t wrong. But if we’re honest, the places we look for these things don’t ultimately satisfy, because they were designed to merely point to the one who does. Are we looking in the right place? Who or what are we worshipping?

When people say to us, “I don’t believe in God,” our very first clarifying question ought to be, “Which God don’t you believe in?” We can’t assume that the God our friends have rejected is actually the God of the Bible.

So as we talk to our friends about God, we have to introduce them, perhaps for the first time, to his character and all He has done for us.

As they see God’s love and goodness toward them, they just might begin to recognize how much better He is than the things they ‘worship’ in his place.

Recent statistics show that most of us watch between two and three hours of TV every day, not including Netflix, Prime, or time spent on phones and tablets. Increasingly, our reality is shaped more by what we see on our screens than by ‘real’ life. We are being told stories constantly, and they change our perception of what is true.

That’s one of the reasons we love social media. Anyone who uses Facebook, Twitter, or Instagram instinctively understands that it’s not just about managing the way others see us. It’s about creating the way we see ourselves. Stories, even tiny, fragmented ones, have the power to change reality.

The prophet Nathan understood this. When confronting King David with his adultery (2 Sam. 12), he could simply have presented raw, propositional truth—you’re sleeping with someoneyou shouldn’t, and you should stop—just as John the Baptist did with King Herod (Mark 6).

Instead, Nathan tells a story. The story stirs up powerful emotions in David: sympathy toward the innocent character and anger toward the guilty one. David says, “As surely as the Lord lives, the man who did this must die!” And then, of course, Nathan drops the bomb: David himself is the man. The story’s the thing wherein he catches the conscience of the King.

Stories, often more than theological statements, can create Nathan moments—helping people see themselves as they really are, and God’s grace as it really is.

The gospel doesn’t change. But we have a new language to learn, if we want it to be understood.

Christianity Explored Ministries created Life Explored, which builds on the ideas in this post and is, they explain, a "visually stunning video series meant to show a story, spark conversations, raise questions, and point to the Creator."

Join the conversation on Facebook
Tags:
None
Posted:
August 15, 2016

Are We Talking Past Each Other? 3 Tips For Talking Faith With Friends & Neighbors

expand
Are We Talking Past Each Other? 3 Tips For Talking ...