It is time for us to see all work as vital to the growth of the Kingdom of God.
Ed Stetzer 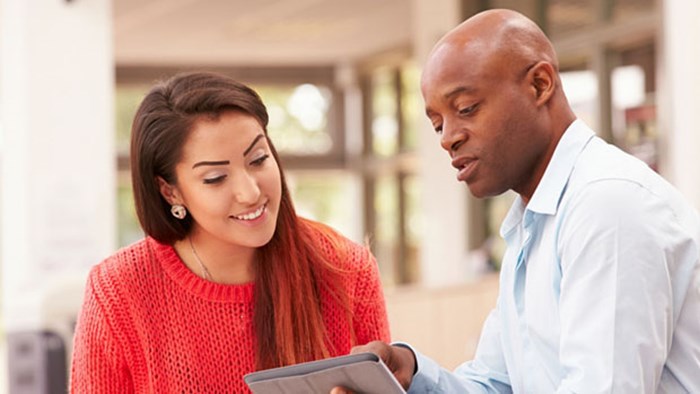 There is a growing movement of churches and organizations (including here at Wheaton College, where I now work) that are seeking to help Christians see their jobs—whatever they may be—as a calling and something that can be used for the growth of the Kingdom of God. And rightly so! The unfortunate divide between “secular work” and “sacred work” has lasted too long.

It is only when we all begin to see our work as critical and God’s hand upon our lives that the gospel will be preached even more robustly. In this two-part series I talk about just this: the importance of seeing our work as a calling.

In Acts 11, we read that because of persecution in Jerusalem following the stoning of Stephen, Christians were dispersed into various parts of the world. In their new homes, they continued to live as they had in Jerusalem, practicing and preaching their faith to both Jews and Greeks.

As a result, the Lord saved “a large number,” and the church in Antioch was birthed. The people who had been scattered into Antioch were regular people, dads and moms, who needed work to support their families. They lived among the Gentiles according to their faith, proclaiming the gospel. Many saw and heard and believed.

There is something particularly interesting I would like you to see here: it was not the Apostles who planned a church plant in Antioch, gathered the funds and core groups, and moved into these neighborhoods. The church in Antioch began with believers whom God had sent there, not by their choice, but by way of dispersion.

They had families and jobs and regular lives, and they used those things as a way to represent Christ among their unbelieving neighbors and co-workers. In short, they were on mission in their workplaces and homes, and the Church grew as a result. Do you see it?

Christ at the Workplace
Most of the people who read this blog are pastors or church leaders, but the people we lead are accountants, teachers, doctors, and electricians.

Church leaders, we need to understand that we are meant to equip all of our people for participation in God’s mission. I am convinced that participation in the mission necessitates bringing everything under the Lordship of Jesus Christ, including our jobs.

There is an incredibly helpful and encouraging conversation happening in churches right now around faith and work and how the gospel impacts everything we do. The reality is that a lot of Christians are unhappy in their jobs. One of the reasons, I believe, is because just about every devout believer at some time asks the question, “Am I called to full-time ministry?”

As a result, confusion often abounds in regards to vocation and how we can joyfully thrive in our work. Everything we do is shaped by who we are in Christ, including the manner in which we approach our workplaces. At the end of this blog post I am including a helpful video my friend Skye Jethani did on “Recapturing a Theology of Vocation for Gospel Witness.” It is a very helpful piece.

All the way back in the beginning, kingdom work was rooted in God’s command to Adam to cultivate and steward the garden. The principle is more fully revealed in the work of the second Adam, Jesus. Adam was commanded to glean the harvest in Eden, but the second Adam brings a better and more complete harvest of the nations.

That harvest involves us in His mission at work and in our daily lives. The work is not set aside for ‘more spiritual’ or ‘professional’ Christians. God has called all believers to engage well in His mission. “Do your work heartily,” Paul says in Colossians 3:23, “as unto the Lord and not as unto men.”

If we are going to really see Christians satisfied in their work and joyfully engaging in the mission through it, we must equip them to do so. If we want to see the kind of multiplication of disciples seen in Acts 11, every follower of Christ must understand his or her role in God’s mission.

Just as God was sovereign over the dispersion of His people into Antioch, He is sovereign over where we have been placed in our neighborhoods and workplaces. That definitively means that we are in those places for the glory of God and the sake of the gospel among the nations.

In my next post, I will talk about how we can prepare this coming generation to see their vocations as a call from God and help them fully embrace it.