God wants those institutions that bear His name to be holy in the secret places. Only then are they truly His.
Diane Langberg 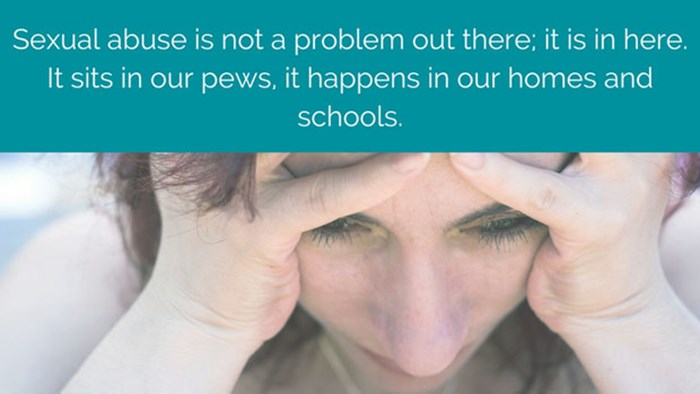 Diane Langberg, PhD, is globally recognized for her work with trauma victims. She trains caregivers in responding to trauma and the abuse of power. Her most recent book is Suffering and the Heart of God: How Trauma Destroys and Christ Restores. I am thankful to have Diane on The Exchange today talking the important topic of what we can learn from how the ABWE handled the sexual abuse claims in its midst. Sexual abuse is a topic too few of us talk about as we should. Diane’s article was a brutal reminder to me as a pastor and leader that we must care deeply for those wounded in our midst.

Just a month ago Elie Wiesel, survivor of Auschwitz and a voice for justice, died. His words remain: “Neutrality helps the oppressor, never the victim. Silence encourages the tormentor, never the tormented.”

In reading through the Professional Investigators International (Pii) report regarding sexual abuse in the Association of Baptists for World Evangelism (ABWE), it is clear that the Christian world needs to give heed to the words of Dr. Wiesel. Donn Ketchum, a missionary doctor in Bangladesh, allegedly abused those under his care.

When it was exposed, the system of ABWE used its power to ignore, silence, and cover-up that abuse. Although the investigation was invited by ABWE, it was significantly hindered early on by a lack of cooperation and ongoing lies. The Christian world would do great honor to the victims of this tragedy, and many others in the evangelical world, if we would heed the lessons inherent in this grievous situation.

The first lesson is recognition that sexual abuse is not a problem out there; it is in here. It sits in our pews, it happens in our homes and schools. It occurs in churches, on mission fields, and within our organizations. We need to know how to speak about it, teach truth about it, and protect the vulnerable and care for those whose lives have been shattered by it.

Abuse means to misuse, force, deceive, or humiliate. It includes lying, coercing, and shaming humans by complicity with wrongdoing. Abuse is the misuse of the vulnerable by the powerful—powerful in position, size, age, verbal capacity, or knowledge. Scripture is clear that we are defiled by what comes out of us. Abuse is fruit borne by the abuser. It is never caused by the victim. All victims, child or adult, need understanding and protection, not blame. A grown man or woman can be abused. There are countless ways to coerce another human being into something they do not want.

Lesson Two: It Is Never Okay to Cover Up The Crime of Abuse

As Christians, we often fail to report the crime of abuse because we think we are protecting a family or some part of the Body of Christ. Family and church are God-ordained institutions worthy of our protection. However, there is nothing sacred about an institution full of hidden sin.

When the people of Israel were going to the temple full of sin, God sent their enemies to destroy that God-ordained holy place. Our God does not protect those institutions that He has designed when they are enterprises full of evil. God regards sin—not loss of reputation, or loss of institution—as the worst thing in the world. He wants those institutions that bear His name to be holy in the secret places. Only then are they truly His.

Lesson Three: We Must Humbly Admit Our Limitations

We need to have the humility to acknowledge these limitations so that when someone alleges that a serious crime has occurred—in their home, school or our own beloved Christian institution—we can immediately call the civil authorities who are trained to pursue the allegation and determine its truth. To fail to do this is arrogant and inevitably damages the victim and endangers others. Our choice to handle a crime ‘in house’ is never a choice on behalf of the victim. It is a choice made to protect the perpetrator and the institution.

Studies of deception have repeatedly shown that we cannot tell who is lying. Yet when we are told someone is abusing another person, we think, I know the character of that person; it cannot be true!

Scripture warns us that our hearts are utterly deceitful. We do not even know our own! Scripture says that Jesus trusted no person because he knew what was in us. We say, “I know him; I trust him!” Scripture tells us God does not judge by what His eyes see or His ears hear, but according to righteousness. Scripture says the tares grow right beside the wheat and they look exactly alike until the fruit is born.

When we trust the likeness and say the fruit cannot be so, we abandon victims and leave perpetrators in bondage to habituated sin. None of this looks like our God.

Lesson Four: Both Systems and Individuals Can Be Perpetrators

The Pii report demonstrates that systems, as well as individuals, can abuse. A system exists for a purpose (e.g., to teach, evangelize, disciple). An allegation of sexual abuse threatens the system. Unfortunately, that system often marshals its considerable power to silence, lie, and cover-up or protect the perpetrator so that the ‘godly’ works can continue.

When this occurs, godly words may be used to cover ungodly deeds; victims are crushed and we add ourselves to the list of their betrayers. An institution meant to serve others in the name of God clings to darkness rather than light and fails to defend the rights of the afflicted. In doing so, we ignore the potentially malignant lump, because to face it will disrupt the system we call “good.” Thus, the cancer spreads and ultimately destroys the victims, the perpetrator, and the system. In our denial, we become complicit with evil in the name of God.

What Have We Really Learned?

The failures of ABWE and other Christian institutions are a call to the people of God, reminding us that He says we are to live so as to make Him real to others. He came to bind up the broken-hearted and set captives free. Too often, we abandon the victims and support perpetrators in entrenched deception and its resulting evil.

God says He is our Refuge, and yet we frequently fail to be a safe harbor for those victimized by evil that is damaging to body, mind, and soul. Victims of abuse have, too often, found no refuge with us.

God is our Father and nourishes His children. He does not feed us lies, complicity, isolation, and darkness. Yet, often, we prefer to preserve our systems and reputations rather than follow Him.

He is the avenger for the vulnerable against the workers of iniquity who say God will not see (Ps. 94). Too frequently, we are avengers for our own names, positions, and places of power, telling ourselves we do it for Him while looking nothing like Him.

The psalmist says, “Holiness befits your house, O Lord, forevermore” (93:5). As His body, we are to be a dwelling befitting our God as we care for the abused. May it be so.

Join the conversation on Facebook
Tags:
None
Posted:
August 9, 2016

When The Church Becomes Complicit In Sin: Lessons ...