Rev. Salguero is the founder of the National Latino Evangelical Coalition (NaLEC) and a pastor in Orlando, FL
Ed Stetzer 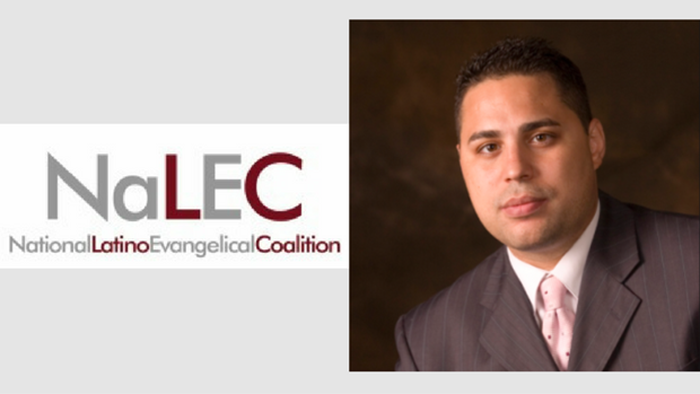 Image: NaLEC
I am pleased to welcome Gabriel Salguero back to the blog today. He is the founder and president of the National Latino Evangelical Coalition (NaLEC), which offers an important leadership voice for the close to 6 million Latino evangelicals in the U.S. He is also a pastor at Calvario City Church, a multicultural, multilingual Assemblies of God congregation in Orlando, FL.

Ed: Recently, a PBS prime-time special (The New Deciders) and the NY Times Opinion page (The Evangelicalism of Old White Men Is Dead) highlighted the National Latino Evangelical Coalition (NaLEC) as a new kind of Evangelical electorate. What do you think they mean by this?

Gabriel: First, many are recognizing that the close to six million Hispanic Evangelicals are a growing constituency that has both similarities and differences with their Anglo Evangelical counterparts.

In many ways, it is a gift to U.S. evangelicalism that elected officials and news outlets are taking note that Evangelicals are not a monolith. The diversity of evangelicalism is part of its richness. Latinos, African-Americans, Africans, and Asians are somewhat reflective of global evangelicalism. That being said, I think there is a real need for a multicultural and multiracial Evangelical conversation on a holistic gospel-centered public policy agenda. If there have been any learnings from the last two Presidential election cycles, it is that U.S. evangelicalism is increasingly diversifying and broadening.

Ed: Given this growing diversity and the recent elections, where would you place Hispanic Evangelicals in the national political conversation?

Gabriel: I'd begin by saying that the term ‘Evangelical’ cannot be reduced to a political definition. Evangelicalism is first and foremost tied together by three strong convictions: A strong belief in salvation through Jesus Christ alone, a high view of the authority of scripture in faith and Christian practice, and a commitment to sharing our faith and discipling people.

Nevertheless, convictions have implications for the public sphere. While Hispanic Evangelicals are not a monolith, and no one speaks for all Latino Evangelicals, I do think there is something we contribute to the national conversation on Evangelicals and public faith.

A primary item is our call to divorce evangelicalism from partisanship. A gospel-centered agenda is neither Republican nor Democrat. Many Hispanic Evangelicals, like me, are increasingly registering as non-party-affiliated or Independent. We don't believe either party has a monopoly on Evangelical voting priorities.

Evangelicals should resist being co-opted by partisanship. NaLEC had strong and public disagreements with Secretary Clinton on issues like abortion, the Hyde Amendment, marriage, and religious liberty. We also urged against language that labeled other party followers "deplorables."

Moreover, we were very critical of President-elect Trump's xenophobic rhetoric in reference to banning Muslim refugees, questioning the jurisprudence of a judge because of his Mexican ancestry, and his calling Mexican immigrants “rapists.” In addition, we publicly criticized his misogynistic actions and language as offensive and incompatible with the gospel. Hispanic Evangelicals are the quintessential Independent voter.

Ed: What are your hopes for Evangelical public and political engagement?

Gabriel: My hope is that we would put gospel commitments before partisan political expediency. Latino Evangelicals are hoping that we have a resurrection of a Carl F. Henry evangelicalism that does not prioritize pragmatism or winning. Instead, we want to have a faithful public witness.

Our public witness is hurt when we don't critique both parties when they are at odds with our deepest convictions and support them when they affirm our values. Evangelicals must denounce bigotry, xenophobia, and misogyny with the same volume that we speak in favor of life, biblical marriage, and religious liberty.

I should add that Evangelicals should defend the religious liberty of other faiths. This does not mean that we should not meet, speak, or try and influence candidates of every political affiliation. Neither does it mean that Evangelicals cannot work within political parties. What it does mean is that our primary allegiance is to Jesus Christ and His gospel, not a party or candidate. Jesus alone is Lord.

In this past election NaLEC made attempts to speak with all candidates and were able to speak with Jeb Bush, Marco Rubio, Chris Christie, and Tim Kaine. Our commitment was not to endorse any candidate’s agenda, but rather to have them hear from us. We were heartened by the voices of some White Evangelical leaders like Russell Moore, Andy Crouch, and Max Lucado, who took on both candidates and refused to have partisanship triumph over conviction.

Moreover, many Hispanic Evangelicals were surprised by Evangelicals who historically have defended gospel values on issues of life and religious liberty, but fell silent when confronted by xenophobic and misogynistic language. My hope is that we will have a holistic gospel agenda in the public sphere. We need to be shrewd about attempts by both the right and the left to make us political pawns.

Perhaps we are in a kairos moment in our national political conversation and are realizing that the dearth of viable political options calls us to carve a third way that will not be easy given evangelicalism’s historic love affair with power and access.

Still, the way of the cross always calls us deeper and higher to a principled political engagement that denounces all partisan idols. We are praying for a new day when evangelicalism is not seen as the religious face of any party.

Ed: What is the public agenda of the Latino Evangelicals of NaLEC over the next four years?

Gabriel: We have a number. First, we will pray that President-elect Trump and the new Congress would govern with wisdom. Second, we hope to help build a strong multicultural and multiracial coalition of Evangelicals of every color, race, and age to champion a gospel-centered public policy agenda. Third, we will continue to join our sisters and brothers in championing issues of life, religious liberty, defending persecuted Christians and religious minorities, educational equity, anti-poverty initiatives, immigration reform, criminal justice reform, and environmental stewardship, among others.

A few months ago I wrote for Christianity Today that we should steer clear of despair and cynicism. I stand by what I said. The twin temptations of triumphalism and expediency must also be avoided. We need to continue to plant multiethnic churches, advocate for what is good, create culture, and evangelize a new generation of disciples.

Our prayer is that Evangelicals in America would engage culture and politics in ways that reflect Christ and manifest love of neighbor. As a Pentecostal Assemblies of God pastor, I believe the Holy Spirit always leads us toward hope.

Join the conversation on Facebook
Tags:
None
Posted:
December 8, 2016