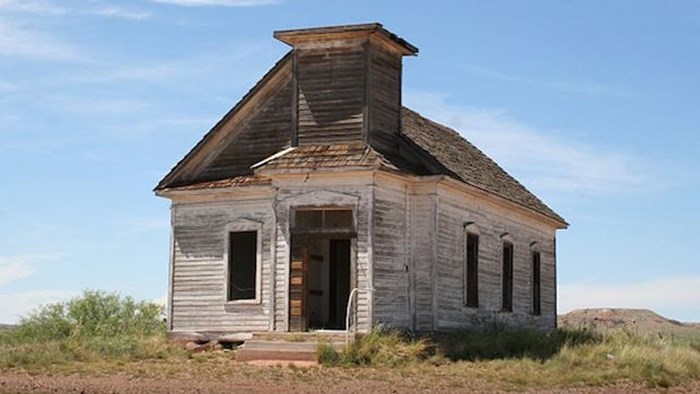 Here are some other posts I've done on the subject of religious shifts in America:

The "Christian Sky is (Not) Falling"— My Piece for USA Today

We’ve used the term “Christian” so broadly that it sometimes doesn’t bear a resemblance to itself. It's nearly become a word without a meaning in modern America. Or, I should say it has endless meanings. Therefore, we can get the wrong ideas about what is and is not true in the Church and in culture.

The way things were

At one point, there was more of a Judeo-Christian consensus. There was a time when most people in America lived by more religious principles. This is why America has been referred to as a “Christian nation." Of course, we know that nations cannot be “born again” in an evangelical sense, so a nation can’t truly be “Christian.” Only individuals can be Christians.

We also know that there was never a time when 75 percent of the people in the country were truly living a redeemed and transformed life. But there was a time when more people shared a consensus morality based on the Bible than now.

What does the shift mean?

If current trends continue, and that's what trends tend to do, we are going to live in a different society. It may feel we are losing our home field advantage. Christians will have to defend our beliefs in ways we have not before since so many people shared those beliefs historically. So dominant was our place in culture, sometimes unbelievers had to defend themselves for not believing what we believe.

Furthermore, it’s going to shift the religious liberty conversation. Even though the majority of Americans weren’t devout Christians, we still were welcome in a free exchange of ideas, and in some places owned the public square.

Being a Christian is more significant in a hostile or indifferent culture than in friendly surrounds.

The Gospel in a non-Christian culture

One of the good things to come through this shift is that being a Christian is actually going to mean more. In the Pacific Northwest, a more unchurched part of the country, if you say you’re a Christian people won’t just say, “Oh, okay.” They’ll might assume you’re out of touch with everything including culture, science, morality and politics.

That’s not the case in most of the country right now.

I live in Tennessee where everybody’s a "Christian." Since they aren’t Muslim or Hindu, their grandfather was a preacher, and they went forward at a church camp in sixth grade that makes them a Christian.

In a place where most people admit they’re not Christian the gospel often has a better chance of being distinctive. Being a Christian is more significant in a hostile or indifferent culture than in friendly surrounds. It can be easier to share the gospel with those who don't think that they are already right with God. As nominal Christians, or cultural Christians drop the façade of religiosity for the honesty of not following a faith at all, it will become easier to share the Gospel.

The headlines from the recent Pew study were consistent: the percentage of people who say they are Christian is going down, while the devout are remaining faithful.

Though it's not the only issue as generational cohort replacement is a key factor, we do see that many nominal Christians are ending their identification with Christianity.

I say, “Good riddance.” I’m ready for the gospel to mean the gospel, and for Christians to be known as Christians. People need to see that “Christian” isn’t just a check-box on a questionnaire, but it’s a life changed by the gospel.

I think we should seize this opportunity, where we are right now. Seize it well and lead our churches. This is where discipleship is going to be a key part of the challenge. We live in a mission field with an unengaged mission force.

As we look ahead to the nominal nation, let's make much of Jesus and his mission.