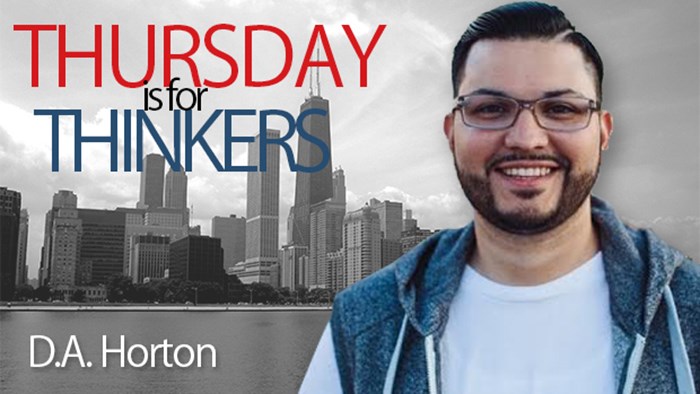 D.A. Horton returns to The Exchange today with part 3 of his series Viewing Black Lives Matter. In part 1 he laid out the framework: Aquire, Analyze, Assess, Apply. In part 2 D.A. applied a missiological lens to the movement.

At this point in the conversation Evangelicals should recognize the reality of saying “Black Lives Matter” doesn’t equate an endorsement or the holistic embracing of the #BlackLivesMatter movement. Last week I concluded my analysis of the #BlackLivesMatter movement by saying, the cry “Black Lives Matter” is warranted and Evangelicals must work through answering the question Dr. Anthony Bradley rightfully asked, why do they matter? The first step in answering this question begins with assessing the historic treatment of Blacks in America.

This week I briefly walk Evangelicals through the historic treatment of Blacks in America to unveil the need for them affirming the truthful statement, Black Lives Matter. My assessment includes summaries of organized tactics employed to oppress Blacks during the eras of Colonial America, Chattel Slavery, Reconstruction, Jim Crow and The New Jim Crow. Because I’m limited by a word count, I challenge you the reader, to examine the articles, books, and links cited.

The ethnic identities of indentured servants in Colonial America included German, English, Irish, Scottish, in addition to those of African descent. Out of these ethnicities only Africans were forced into Chattel slavery en-masse through laws passed in the mid-1600’s.[1] The “Slave Code” systematically removed the rights of those of African descent from having arms or ammunition and children of slaves being born "free" from chattel slavery. In addition, slaves were denied the rights to have an education, receive wages, or the opportunity to work their way out of slavery. It was widely understood the perpetual social position for Africans was slave. Sadly, it can not be overlooked many Christian preachers during this era (and the one following) declared Africans being enslaved was justified by God as the fulfillment of the Curse of Ham. (This teaching was refuted well by David M. Goldenberg in The Curse of Ham: Race and Slavery in Early Judaism, Christianity, and Islam.)

During the era of Chattel Slavery, Blacks were regularly animalized and dehumanized. Fredrick Douglas shined light upon the fact slave-owners deliberately denied slaves familial bonds, education, and fundamental liberties in order to keep them in mental darkness.[2] It is imperative Evangelicals understand slaves were stripped of their human dignity when they were animalized.

It's time for Evangelicals to learn from the mistakes of the past and not remain silent regarding the dignity of Black lives.

The practice of animalization came with residual effects that are still felt today. In The Problem of Slavery in the Age of Emancipation David Davis said, “the creation of 'animalized humans' can produce a mental state in the victimizers and spectators that disconnects the neural sources of human identification, empathy, and compassion, the very basis of the Golden Rule and all human ethics.”[3] In The White Racial Frame: Centuries of Racial Framing and Counter-Framing, author Joe Faegin makes a strong case for the ongoing animalization of Blacks (evidenced even by the monkey-like caricatures drawn of President Obama). It seems the deplorable roots of the animalization of Blacks during the Chattel slavery era have yet to be dug out and burned in the fire of repentance.

After the Civil War the Reconstruction era afforded Blacks progress. Opportunities were given for them to learn to read, attend school, open up businesses and vote. Three years into Reconstruction 15% of all southern elected officials were Black.[4] This progress was met head-on by a movement among Whites known as The Redeemers who successfully passed vagrancy laws, rose the Southern Democrats to power, and ended the Reconstruction era. Eric Forner says, “Blacks in the Redeemers’ New South were enmeshed in a seamless web of economic, political, and social oppression…[They] paid the highest price for the end of Reconstruction.”[5]

The ending of Reconstruction laid foundations for the building of The Jim Crow era, a time which produced a new legal dimension of aggression towards Blacks. During this time Blacks were kept from voting by poll taxes, literacy tests, and physical violence. Michelle Alexander adds, “by the turn of the twentieth century, every state in the South had laws on the books that disenfranchised blacks and discriminated against them in virtually every sphere of life, lending sanction to a racial ostracism that extended to schools, churches, housing, jobs, restrooms, hotels, restaurants, hospitals, orphanages, prisons, funeral homes, morgues, and cemeteries.”[6] It would do Evangelicals well to consider a more in-depth look at the church’s response during this era and its contemporary implications by reading When Heaven and Earth Collide by Alan Cross.

The Civil Rights movement brought gains for the Black community with the integration of luncheons, schools, hospitals, etc. However, some have claimed this chapter of American history was met with a systematic attack on Black progress via the “war on drugs” and mass incarceration.[7] Michelle Alexander’s book, The New Jim Crow, unpacks the social implications of the deindustrialization of American jobs, the rise in poverty, and the crack-cocaine epidemic. The latter led to 90% of all arrests, prosecution, and convictions being comprised of Blacks and Latinos. In addition to Alexander’s arguments, the open discrimination of Blacks as customers, employees, students in public schools, and tenants has been reported widely through the media during this New Jim Crow era.

I realize each paragraph is a brief attempt to cover a general rhythm of life for a specific era in American history. The theme I pray Evangelicals see is the plain sight visibility of organized and systematic intervention to prevent Blacks from having economic upward mobility, empathy, and equality treatment. For these reasons it is necessary for Evangelicals to affirm the truth “Black Lives Matter” to a people who have been told through our nations history they in fact do not.

Since much of the mistreatment of Blacks mentioned above was done in the name of Christianity, and because many Christian leaders who disagreed with such teachings and treatments were silent during these eras, space was provided for anti-gospel movements to rise up and proselytize people away from the church. Movements such as the Ausar Auset Society, Black Hebrew Israelites, Moorish Science Temple, Nation of Islam, and others gained prominence by juxtaposing the way White Christians treated Blacks and how the pathway to freedom from oppression started with the abandonment of the White Christian God, Jesus and Religion the slave maters imposed upon them.

With the current revival of racial tensions in our nation birthing a movement such as #BlackLivesMatter, the aforementioned movements are surfacing once again on our cultural landscape.

In my assessment it's time for Evangelicals to learn from the mistakes of the past and not remain silent regarding the dignity of Black lives. When we engage in social dialogue concerning the pressing issues of our day we steward the gospel well.

In next week’s final installment, I will introduce a biblical plan for Evangelicals to consider regarding how we can express Black Lives Matter while not embracing the ideological and political #BlackLivesMatter movement. We can employ the gospel’s implications socially as we engage the culture by reaching out the oppressed lives in our nation.

When you have a few minutes watch my interview with D.A. on The Exchange broadcast.

[1] “History of Slavery in America”, https://www.ocf.berkeley.edu/~arihuang/academic/abg/slavery/history.html, accessed on January 10, 2016

[7] The socio-economic climate of Black communities can not be fully understood until issues of discrimination regarding employment and housing are considered. For further reading I would suggest Working Towards Whiteness: How America’s Immigrants Became White by David R. Roediger; Making the Second Ghetto: Race and Housing in Chicago 1940-1960 by Arnold R. Hirsch, and Understanding Race and Crime by Colin Webster.