Exploring Evangelicalism: An Interview With Brian Brodersen of Calvary Chapel—Part 1 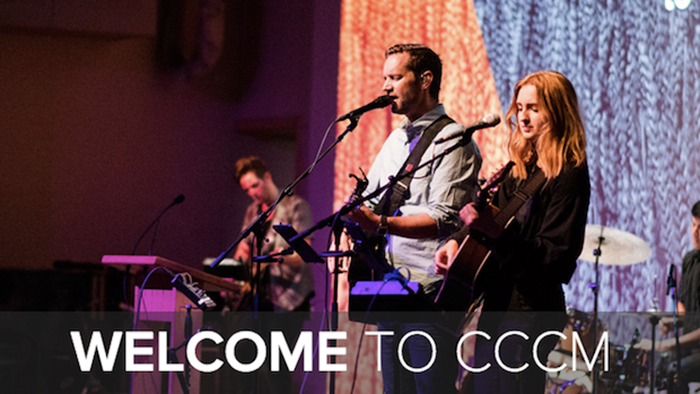 Ed Stetzer: What are some of the distinctives that make you different from other evangelical groups?

Brian Brodersen: The best way to answer that is to tell you a story. Years ago, when I was pastoring overseas, a prominent Evangelical pastor invited me to visit with him so we could get to know one another since we were pastoring in the same area. As I sat down with him in the meeting, I quickly discovered that he was very upset that I had planted a church so close to his, and he wanted to know what justified my presence in the city. He asked what our ministry offered that couldn’t already be found in the city we were in.

First, we taught chapter by chapter through the whole Bible. I didn’t say we were the only church doing that, but I knew that if there were others, they were few and far between. And in a city of several million, I thought there was plenty of room for another church with a high priority on Bible teaching. So this is one of the Calvary Chapel distinctives: teaching through the whole Bible.

I realize not everyone goes about this in the same way. Many do somewhat of a “verse by verse” study through the whole Bible, in order, from Genesis to Revelation. Others teach through entire books of the Bible but don’t follow that exact order. Still others modify the model to suit their preference. But all in all, most Calvary Chapel churches are going through the entire Bible in some way or another.

Most Calvary Chapel churches are going through the entire Bible in some way or another.

Chuck Smith, the founder of Calvary Chapel, established the model of teaching verse by verse, from Genesis to Revelation; and most Calvary Chapel pastors have followed his lead in this. Although Chuck got the idea from reading through Halley’s Bible Handbook years ago, the scriptural reasons for teaching through the whole Bible are:

Second, our position on the Person and work of the Holy Spirit gave us a distinction that I didn’t see in many churches in the area at that time. In most of the churches (that I was aware of), you were either a Cessationist or a Pentecostal/Charismatic, and we as a church were neither. We believed (and still do) that all of the gifts of the Spirit are available to believers today.

But, unlike many of the Charismatic groups, we believe the Bible sets the boundaries for experiencing the gifts, and any exercising of spiritual gifts that cannot be supported by Scripture in its proper context are out of bounds, as far as we are concerned. One interesting side note is that the pastor I was having this conversation with had gone from being a lifelong Cessationist to embracing the whole gamut of Charismatic experiences. As you might imagine, this conversation had some less-than-comfortable moments.

Regarding this distinctive of the balance between the Word and the Spirit, someone put it something like this, and although it might not be in precise theological terms, it makes the point: Not enough Spirit and you dry up; too much Spirit and you blow up; just the right balance and you grow up. We believe that we need both a strong foundation in God’s Word and constant dependence on the ministry of the Holy Spirit.

Third, our church was informal. We are and have always been a “come as you are” type of church. Of course, that is connected back to our roots in what is now known as “The Jesus People Movement.”

Any exercising of spiritual gifts that cannot be supported by Scripture in its proper context are out of bounds.

Back in the late 60s and early 70s, thousands of young “counterculture” kids were coming to Christ and in many cases not feeling too welcomed into the more traditional / formal type churches. Pastor Chuck Smith (who was himself somewhat culturally conservative in those days) realized that if he were to insist on some type of conservative dress code for these kids, they would never have transitioned into the church.

We have maintained that attitude to this day. There are no distinctions in dress between the leaders of the church and the members of the congregation. This is, of course, true with many Evangelical churches today that have followed in the footsteps of men like Chuck Smith. This informal approach is also seen in the simplicity of our services and in our worship music. Acoustic, guitar-driven praise and worship music is still a mark of our ministry.

So, those were the three things I laid out to justify our presence in the city, and those three things are still, in many ways, what give us some distinction among other Evangelicals.

Although I didn’t mention this to the pastor I had the conversation with, now that I’m thinking about it, there’s one more distinctive that comes to mind: our view on eschatology. From the earliest days of Calvary Chapel, there has been an emphasis on “End Times.” This emphasis varies in degree from pastor to pastor and church to church, but in many Calvary Chapels, you’ll find frequent references to End Times’ topics such as: the rapture of the church, the Antichrist, the great tribulation, the second coming of Christ, and the millennial kingdom. Our roots are firmly planted in the soil of a pre-millennial, pre-tribulational eschatology, and have been from the beginning. Yet, as I said, not everyone shares the same level of interest in or the same level intensity about the subject.

In part 2 of this interview Brian discusses some ways Calvay Chapel has been misunderstood by other Evangelicals, and how the church's history influences present ministry.

Here are the earlier parts of this series:

Exploring Evangelicalism: An Interview With Brian Brodersen of Calvary Chapel—Part 1

Exploring Evangelicalism: An Interview With Brian ...