What can we learn from Paul when it comes to living on mission?
Ed Stetzer 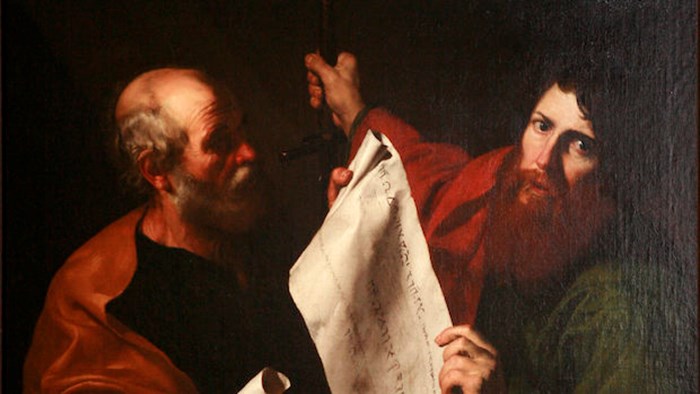 This is the third in a series of posts on different "modes of mission." This all comes from an article I've previously published in Evangelical Missions Quarterly, to which you may subscribe here.

This week, we look at a Pauline model of mission. Here are all four parts of the series:

Modes of Mission: A Missional Posture

Modes of Mission: Applying Biblical Mission Practices in Our Ministry

Thus far, I have attempted to outline the missional modes, or impulses, of “community” and “sentness” when the missio Dei is enacted. But there is one more missional mode that is enacted when the Church embraces the totality of God’s mission—and that mode is “multiplication.” Multiplication is used by God to advance his mission throughout the world. While the impulse of “multiplication” is hinted at in the Old Testament in places like Genesis 1:28 (“be fruitful and multiply”) and Genesis 15:5 (Abraham’s infinite number of offspring), it becomes very clear in the New Testament.

The Pauline mode of mission enacts the missional impulse of “multiplication.” Paul saw God’s global mission connected to an aspect of God’s covenant with Abraham (Gen. 12:3; Gal. 3:8). Thus, in light of Matthew 28:18–20, Acts 1:8, Acts 9:15, and Romans 15:20, Paul saw his mission to the nations, multiplying believers and churches.

By understanding the mission of God as being directed toward the nations, Paul implemented a mission strategy that included: (1) targeting populated urban centers, (2) evangelizing the city, and (3) planting and establishing churches. This strategy makes the Pauline mode of mission one of “multiplication.”

The Pauline mode of mission enacts the missional impulse of “multiplication.”

According to Eckhard Schnabel, there are at least fifteen phases or locations of Paul’s missionary work that took place in the thirty-five years between his conversion (31/32 AD) and his death in Rome (67 AD) (2008, 40). During those years, Paul went on three missionary journeys (see Bolt and Thompson 2000, 102; Schnabel 2008, 40) where he engaged the cities, evangelized, and planted churches.

1. As Paul went to the nations, he would go to their cities. Tim Keller asserts that part of Paul’s mission strategy included going to the largest cities of the region (2002, 29). Seldom do we see Paul navigating away from cities. It seems Paul believed that cities had the greatest potential for gospel impact and gospel multiplication.

2. Once in the city Paul did at least two things.The first was to evangelize people. Paul evangelized through preaching at the local synagogues, participating in small group Bible studies, meeting people in the marketplaces, renting halls and lecturing, and engaging people through tent-making, his profession (Keller 2002, 355).

3. The second thing Paul would do when he arrived in a city was to plant multiplying churches. As Paul made disciples, he planted and established churches. Keller summarizes Paul’s missional engagement with the cities in this way:

As seen in the life of Paul, “multiplication” requires intentionality. It requires going where people are, sharing the good news of Jesus, and planting and establishing self-supporting, self-governing, and self-propagating churches.