Navigating Times of Transition: How Some Pastors Leave Their Posts to Continue Ministry

How do senior pastors transition out of their roles well? Here are some stories where they transitioned to broader ministry.
Ed Stetzer 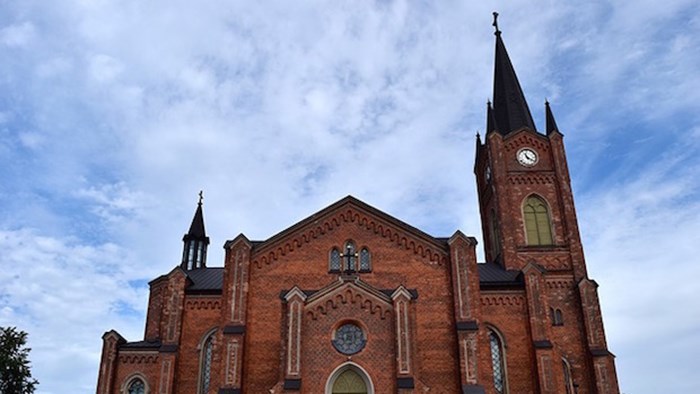 Looking for churches w/ effective (older) pastors, moving out of sr pastor role, into some broader role, but staying on staff. Any examples?

I received numerous tweets, direct messages, and emails from pastors, church leaders, and church members in general sharing their experiences (or the experiences of their churches) in times of transition.

Most, if not all, of the responses I received were of positive experiences, and I was thankful for that. But, pastor transition can be difficult, so I am not under the impression that everyone has had a good experience with a pastor who has transitioned out of a lead role and into a support or even volunteer role.

So, because pastoral transition can be difficult, I want to share some of the responses I received with you so that you might see how others have navigated transition well. I have changed the names of the people and churches involved.

Several years ago I knew that I would need to transition from the lead role so I approached our elders to allow me to begin the search for the new pastor. The plan was for that person to be vetted by the elders as a search team and then voted on by the church. Then we would have a one year gradual shift from my leadership to the new pastor. At the end of the year, I would retire and the new lead pastor would have had a year to absorb the DNA of the church.

After a time of considering several younger, missional-minded leaders I realized that the man who had been my second (and the one who actually implemented of most of our plans as a church) was the best choice. I recommended him to the elders and we agreed to try it for a year to see if it was a "good fit." It was. The church overwhelmingly accepted him as the new pastor and has grown in number, depth, and missional engagement.

We announced the new pastor to the church one year before my retirement, but also announced my new assignment as a Kingdom Coach to other pastors and churches. It would be a kingdom ministry of our church with a small part-time salary so I could help pastors and churches at no cost to them.

It's been 16 months now and I'm doing a lot of coffee with almost 30 pastors in ways that vary from just talking about personal issues to pastoral issues to transitional issues to revitalization or just being allies.

I'm 67 and plan to do this as long as the Lord and our church allows.

Our transition was initiated by our senior pastor, Tri Robinson, who planted the church 25 years before the final handoff. He began talking with me about the transition idea seven years before the time he had in mind. He was about 58 at the time. He still had a lot of passion and energy for ministry, but sensed God leading him to make a plan for the next generation of our church, and that God would redirect his own focus for his convergence years. He intended to stay a part of the church.

At the time he first approached me in 2006, I was the youth and college pastor at the church. I'd been a part of Vineyard Boise since the first year of the church plant, and had been on staff for about eight years at that point. He gave my wife and me a year to consider before giving him an answer. When we agreed to move forward he next took it to our leadership team about five years before he planned to leave, and to the whole church about four-and-a-half years before he planned to leave.

The extended transition gave us time to move through it pretty organically without having rigid deadlines. That was good for our church. He had to put a lot of time into leading the church to embrace the transition, and they very much followed his lead.

Today we are three years on the other side of the final transition. I won't say those three years have been easy, we still had to walk through a lot of transition pains. But we are feeling grounded now, and very much are pressing forward as the next generation.

The pastor did stay on our staff as our pastor over missions for the first two-and-a-half years. He's fully retired now, but is still a part of the church and still teaches periodically. He has a grandfather role and is able to say things that others might not be able to say. The church loves him and it is only an asset to have he and his wife remain a part of our church family.

In 1986 at the age of 33, I came to Northeast Ohio to plant a church. Twenty years later I started thinking about my successor. I once heard someone say, "There is no success without a successor." I have seen older leaders hang onto their leadership role too long and have watched the church go through a slow and painful decline. I wanted to pass the torch of leadership earlier rather than later while I still had passion, energy, and vision. So, through prayer, the study of Scripture, and in consultation with the elders, we designed a succession plan. After a diligent search process, we called a man, Chad Allen, about 20 years younger than me, to be co-teaching pastor. Over a two-year period, I turned over more and more teaching and leadership responsibilities to him. Three years ago on the anniversary of my 26th year as founding pastor, I passed the torch of leadership to Chad. I have remained on staff and serve as Founding Pastor and Pastor of Missional Living in Leadership Development. My successor and I are very diligent about honoring each other's current roles. For a long time we have asked each other the question, "How can I make the transition better for you?" My current role allows me to offer wisdom, perspective, and a sense of security to our church.

My successor brings his different giftings, a more youthful outlook, and a fresh articulation of our vision. It's been three years since the transition took place and things seem to be going well. Because I have a passion for the church and for the advancement of the gospel in Northeast Ohio, it made sense for me to stay on in what I hope is a vital role in life church. As a 62-year-old grandfather of two, I see a correlation between my role as grandfather to my grandchildren and a grandfatherly role that I can play in the life of our church. Although I do not have the primary responsibility of leadership, I still can have a significant amount of influence. The influence that I have now is not positional. Instead, it is relational and spiritual.

In 2007, our church (Lifecentre) fully transitioned our Senior Pastor position, while having Pastor Barry (former senior pastor) remain on the team where his gifts of teaching, wisdom, and building local, national, and international pastors/leaders is expressed fully. I assumed the directional vision of the church with the full support of staff, board, and church.

We (Pastors Barry and Jason) met together for a season to draft our transition. All hopes, dreams, and "what ifs," were placed on the table. Hard conversations were had up front. Our transition was carried out over 24 months with our family, staff team, board and town hall meetings at the church.

Our goal in transition was never perfection, but heath for both leaders, staff, and our church. Our guiding conviction was that healthy transition between generations tells a greater gospel story to our community. In Christ, if we do it well, it will give us opportunity to share with leaders in our city who are looking for how to transition well. The driving narrative was “You don’t have to chose which one of us you like better, you get us both.” This transition will repeatedly surface and test if ministry to all generations is an idea or truly a value. We understood that honour must be rooted in Christ, calling, and an agreed upon criteria. In 2015, the church has multiplied from one to three locations. Our transition was essential in a merger we experienced in 2011. We are thrilled to say, we remain on the same team fulfilling the calling God has on our lives, expressed for our church.

Navigating Times of Transition: How Some Pastors Leave Their Posts to Continue Ministry

Navigating Times of Transition: How Some Pastors ...