Religion in America: An Interview With Greg Smith of the Pew Research Center (Part 2)

Pew researcher says neither Christianity nor Evangelicalism are dying in the U.S. 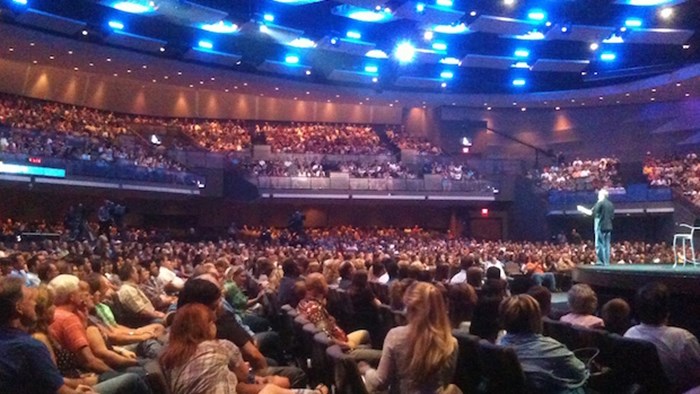 Last week, I ran part 1 of my interview with Greg Smith, Associate Director of Research at the Pew Research Center. Pew is one of the most trusted and trustworthy research firms in the world.

I appreciate Greg taking the time to share some insight on religion in America.

There are no religious groups in the United States that are dying.

When we look at Christianity, we do see that the share of Americans who identify as Christians is declining from about 78 percent in 2007 to 71 percent today. Those declines are most pronounced within Catholicism and within mainline Protestantism. By comparison, those who identify with Evangelical denominations, that share has held quite steady with about a quarter of US adults identifying themselves as Evangelicals.

And, in fact, if you transfer those percentages into estimates of raw numbers, the data suggests that the number of Americans who identify with Evangelical Christianity may even be growing somewhat.

So, no, Evangelicalism or Christianity certainly are not dying in the United States.

ES: Well it’s a bit tricky because there’s a bit of a cottage industry in Evangelicalism saying the sky is falling. Christian Smith wrote a book Evangelicalism: Embattled and Thriving. But some have talked about dying, rapid decline, or in big trouble ahead.

Do you have a couple of words that would kind of describe your perception of the trends regarding where Evangelicalism is numerically, and its strength? What would you use?

GS: With respect to Evangelicalism in particular I would say, that particularly compared with other Christian traditions in the United States, Evangelicalism is quite strong. It’s holding its own both in terms of its share of the total population. It’s holding its own in terms of the number of Americans who identify with Evangelical Christianity. If you look at Christianity as a whole or Protestantism as a whole, the share of Protestants in the United States who are Evangelicals is, if anything, growing.

So you know are there challenges for Evangelicalism and for Catholicism and mainline Protestantism? There’s no question about that. Are any number of religious groups going to have to confront some of the generational patterns that we’re seeing in these data? That’s without question.

But I certainly would not sound the death knell for Evangelicalism or any other Christian tradition in the United States.

ES: I want to ask you to look to the future. If current trends continue fifty years into the future, what will be left?

GS: Well I should preface this by saying I do not have a crystal ball. We have to remember that there’s a lot of things that go into what happens in the future. We have to remember that things like religious switching, immigration, differential fertility rates, differential mortality rates, all of these things factor into what will happen going forward. We cannot simply look back at what’s happened over the last ten or twenty or thirty years and assume that the trends we’ve seen taking place will continue indefinitely. It’s just not possible to do that.

I do have colleagues here at the Pew Research Center, demographers who have tried to take a close look at any number of factors affecting the future of religion, both in the United States and all around the world. They look at things like fertility rates, the age structure, and gender composition of religious groups in countries all around the world.

What those analyses suggest for the United States out through about 2050 or so is that the Nones will continue to grow. The Nones, that’s the n-o-n-e-s, the religiously unaffiliated. Their share of the population is projected to continue to grow but at a somewhat slower rate, leveling off at around a quarter of the U.S. population as a whole, including both adults and children by the year 2050.

Now those are projections. Those are demographic projections based on what we can see happening now and in the recent past. They are not predictions. There’s a lot that could change. But that’s what our research suggests.

Religion in America: An Interview With Greg Smith of the Pew Research Center (Part 2)

Religion in America: An Interview With Greg Smith ...