There is a pervasive consumerism in the church today.
Susan Booth 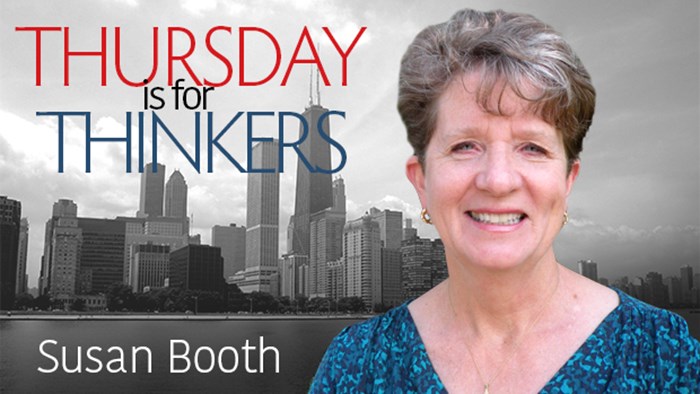 Susan Booth is Professor of Evangelism and Missions at the Canadian Southern Baptist Seminary and College in Cochrane, Alberta. Susan and her husband Steve served as missionaries in Budapest, Hungary for seven years before transferring to Canada in 2000.

Susan is also the author of The Tabernacling Presence of God: Mission and Gospel Witness, published by Wipf and Stock. It examines the cultural context of Canada—a few steps further along the road of religious recession than the United States—and generates practical insights for developing a practice of evangelism that is both theologically grounded and contextually relevant.

I'm glad to have Susan writing for The Exchange today.

Although a large majority of evangelical Christians agree that they should share their faith, most report that, actually, they don’t. That’s not really all that surprising given today’s pluralistic cultural setting. Research shows that a pervasive spiritual consumerism has led to a buffet approach to religion. People simply pick and choose from an eclectic assortment of beliefs, practices, and rituals. Longing for transcendence or a connection to “the god within,” postmoderns feel free to construct their own god—one that they can feel at home with and connect with on their own terms. Admittedly, it’s hard to know how to go about sharing the good news of Jesus in this context.

But maybe the stubborn longings for transcendence, connection, and a place to call home point to a backstory that makes sense of it all. If such a narrative exists, it deserves a hearing, and those who know and live this story have both the responsibility and privilege of sharing its message of hope.

The narrative of the Bible tells just such a story where God’s purpose from the beginning has been to dwell—or tabernacle—in the midst of the people he has created. Even a brief survey of the Bible reveals that the presence of God with his people is a major theme that threads throughout Scripture. The biblical story opens with God’s creation of a people who reflect his glory and a place where he dwells in communion with them. The Lord blesses the first couple, giving them access to his unmediated presence and a global commission to fill the earth with worshipers. Tragically, their subsequent rebellion results in a broken world and eviction from God’s presence in the garden-sanctuary. Intriguingly, God’s presence among his people is not only the goal of God’s mission. It is also the means he uses to redeem both people and place.

The Old Testament traces God’s mission in terms of his presence with his people. Almighty God encounters the patriarchs in unexpected places that become temporary shrines. Rescuing his people out of slavery in Egypt, the Lord condescends to tabernacle in a tent in the center of their community. He later plants his people at the crossroads of the world and takes up residence in the Jerusalem temple so that all nations will acknowledge the God who lives in their midst. When his people ultimately fail to display his character, the Lord vacates and destroys the temple, scattering his people among the nations. But even then, the Lord himself serves as an invisible sanctuary for the exiles and returns a remnant that rebuilds the temple. Every one of these Old Testament sanctuaries anticipates and prepares the way for a day when the meeting place between God and man is no longer a place, but a person.

The Lord continues to build his church with those from every tribe, language, people, and nation on earth.

In the New Testament, the story of God’s mission takes a quantum leap forward as God the Son tabernacles among his people in a tent of human flesh. Bearing the sins of humanity on the cross and rising from the dead, Jesus Christ makes a way for forgiven sinners to enter God’s presence. At Pentecost, God pours out the Spirit of Jesus on his followers, and the church is born. In a breathtaking turn of events, human hearts—individually and corporately—have become the very temple of God, the place where God makes his home on earth. The Lord continues to build his church with those from every tribe, language, people, and nation on earth. The Bible closes with a sneak preview of the goal of God’s mission accomplished: a new heaven and earth where God dwells in the midst of his redeemed people forever.

Until that day, God’s presence with his people remains absolutely central to the mission of the church. Believers need to learn to frame the biblical narrative so that the unchanging gospel resonates with the unmet longings of this culture. More importantly, however, Christians must re-awaken wide-eyed to the wonder of God’s tabernacling presence in our midst. Jesus has made his home in our hearts!

The indwelling Spirit empowers and compels us to witness with our lips, as we boldly and joyfully share the story of Jesus. But it is our lives that lend credence to our words. We must live in such a way that others recognize the reality of his presence and power as well as his character and compassion in our lives. We must take the time to worship and commune with the God who dwells in us.

The Apostle Paul describes the impact that God’s presence in the midst of his people can have on a watching world. If an unbeliever encounters the Spirit-led worship of the assembled church and hears God’s Word proclaimed, he may come under conviction. Falling on his face in worship, he will exclaim, “God is really among you!” (1 Cor 14:24–25). The world desperately needs not only to hear the gospel proclaimed but also to witness the presence of God in the midst of his people.