Convictional Christians are not leaving the faith.
Ed Stetzer 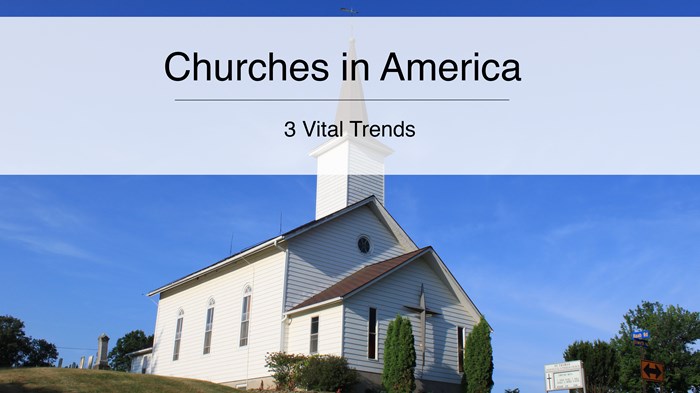 This is the third part of four in the State of the American Church series. Click to read Part 1 and Part 2.

In addition to vital trends associated with Protestants and evangelicals, there are three more vital trends that are necessary to make sense of America’s religious landscape.

The rise of non-denominational churches.

The stability of historic African-American churches.

Historically, African-American churches and denominations have continued to report steady numbers overall. These include denominations like the African Methodist Episcopal Church, the National Baptist Convention, and the Church of God in Christ, which emerged during segregation. Historic African-American churches tend to hold similar beliefs to evangelical churches, but do not prefer to use the evangelical label.

Pew Research has found that about 7% of Americans identified with a historically African-American Church in 2009, and a similar number (6.5%) in 2014. The largest among these churches comes from charismatic and Pentecostal expressions, says Johnson and Melton from Baylor.

Erosion of the “Christian middle.”

We are not seeing the death of Christianity in America, but we are seeing remarkable changes. Culture is shifting and the religious landscape is evolving. But, instead of the funeral of a religion, at least in part we are witnessing the demise of casual and cultural Christianity. And that is not necessarily a bad thing.

The Nones, as we discussed earlier, are on the rise. Almost 1 in 4 Americans now claims to have no religious affiliation. That number will likely grow in the years to come. About a third of Millennial Americans, according to Pew, are now Nones. And they are disassociating with every segment of the church, although at differing rates.

This is not necessarily a bad thing. I believe it’s a sign that we are clarifying what it means to be Christian in America. Most of us realize that although about three-quarters of Americans check the “Christian” box when filling out a survey, they are not all genuine followers of Jesus. For many, the idea of being Christian and American are one-in-the-same. Or they claim to be Christian because they aren’t Jewish, or Hindu, or Muslim, or Buddhist. But the Church defines “Christian” differently than culture at large, and the distinction is an important one to make.

I believe it is helpful to distinguish those who profess Christianity into three categories: cultural, congregational, and convictional.

Interestingly, since 1972 and according to the General Social Survey, the percentage of convictional Christians in the U.S. population has remained generally stable, if we see regular church attendance as a marker of such conviction. On the other hand, mainline Protestantism has declined, while other areas within evangelicalism have grown slightly to offset that loss.

The numbers of people who are committed Christians—those who are practicing a vibrant faith—are not dying off. That’s a myth that no real researcher believes. However, that does not mean that the Church is not being challenged. It is, and it is being more clearly defined.

Research tells us that Convictional Christians are not leaving the faith. Instead, the “squishy middle,” as I like to call it, is being compressed. At least part of this is because Christians now find themselves more and more on the margins in American society—not persecuted, but no longer central. As such, people are beginning to count the cost.

Indeed, American Christians won’t disappear, but they will increasingly be neighbors with Americans who are more disconnected from organized religion, and from a shared religious memory. Instead of seeing the research as bad news, let’s embrace the challenges before us and step into this new cultural reality with fresh ways to engage the Nones and others around us.