Many traditional mainline churches are literally dying on the vine.
Carmen LaBerge 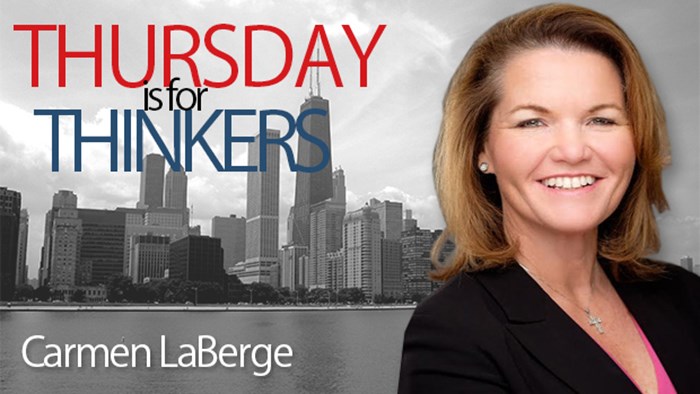 Carmen LaBerge is President of the Presbyterian Lay Committee and the host of The Reconnect, a Christian talk radio show with goal of equipping Christians to bring God’s perspective back into the conversations of day. The show airs weekdays 3-4 ET. Find out how to listen.

Today, Carmen brings an opinion piece to The Exchange.

The next President of the United States will likely be a self-identified mainline Christian.

Hillary Clinton is a member of the United Methodist Church and Donald Trump continues to assert that he is a Presbyterian. However, Clinton does not align with the UMC on the exclusivity of Christianity, LGBTQ issues or abortion. Trump’s self-avowed denomination openly disavows him. The fact that Clinton and Trump claim affiliation with mainline denominations with whose theology and corporate witness they do not align, illustrates the big tent, diluted, nondescript relativistic Christianity of today’s mainlines.

Culturally, we have arrived at a time and place that should surprise no one and yet seems to surprise many Christians every day. Many Americans wake up every day and wonder how, as a “Christian nation,” we got to a place where college students cannot think, political leaders cannot talk to one another, and the God-created male-female complementarian design bows to fluid self-declared gender identity.

Those who have been students of mainline Christianity for the past 50 years have already watched a moral and theological revolution. The foundation of the faith has been eroded from the inside the mainline which in turn, has had profound influences on our culture at large. This is a call to heed the lessons of history and pray for a future of revival.

As the “robes” of mainline churches have given up on basic Christian beliefs like the resurrection of Jesus Christ from the dead, the evangelical mission migrated toward social justice devoid of redemptive power. The trajectory away from a shared faith expressed in and through Jesus Christ as the way of salvation, the truth of God’s Word and the life of discipleship gave way to moralistic therapeutic deism.

Many traditional mainline churches are literally dying on the vine through a mass exodus of congregants who became the growing population of “nones” or left for more conservative churches. This leaves progressives ruling the roost of America’s mainline seminaries, denominations and pulpits. Yes, there remain some bright shining stars of evangelical witness in the mainline. But they are fewer and further between.

Certainly the Church, big C, is much broader than American mainline Christianity, but the UCC, the Episcopal Church, the PCUSA, the ELCA, American Baptists and United Methodists continue to have outsized influence in higher education, government, institutional medicine, law, and global bodies that influence social programs around the world.

Their real cultural influence has been delivered over time, drip by drip, through clergy who deny the fundamentals of the faith. Once liberated by false shepherds from the bounds of the Bible, the sheep are free to roam, and roam they have, down paths that we now know lead to destruction.

The PCUSA is meeting this week in Portland, Ore. in its biennial assembly. The docket is filled with progressive political, anti-Israel, pro-gun control, pro-LGBTQ, agenda items. Short of God’s miraculous intervention, there is no reason to think that the entire progressive agenda will fail to carry the day as the PCUSA continues to undermine its own foundations. However, the recent General Conference of the UMC provided reasons to hope, particularly on the witness to the sanctity of pre-born human life.

What is needed is re-introduction to the actual content of the Bible and the author of them. What is needed is the re-evangelizing of the very denominations that once sent missionaries to the rest of the world. Those daughter and granddaughter denominations are now sending missionaries back home to what they describe as a mother church that has lost her way. Let us pray that the witness of new immigrant Anglicans, Methodists, Presbyterians and Lutherans will so fill the pews of America’s mainline denominational churches that a genuine renewal of the faith and witness will follow.

If you’re thinking to yourself, “that’ll be the day,” I agree. When that day comes, the institutional witness (and amassed resources) of America’s oldest and most well-heeled denominations will be reoriented toward the cause of Christ.

Imagine that the thousands of nearly empty mainline churches across the country were filled again with believers. Imagine that the mainline affiliated colleges and universities were equipping students to enter the marketplace and lead the nation from a Christian worldview.

Imagine that our choice between a United Methodist and a Presbyterian for President meant we knew, as Christians, that whether Democrat or Republican, our vote could be faithfully cast. “That’ll be the day,” we say. It’s the day for which we should pray because if history is any guide, as goes the mainline, so goes the nation.

Join the conversation on Facebook
Tags:
None
Posted:
June 23, 2016