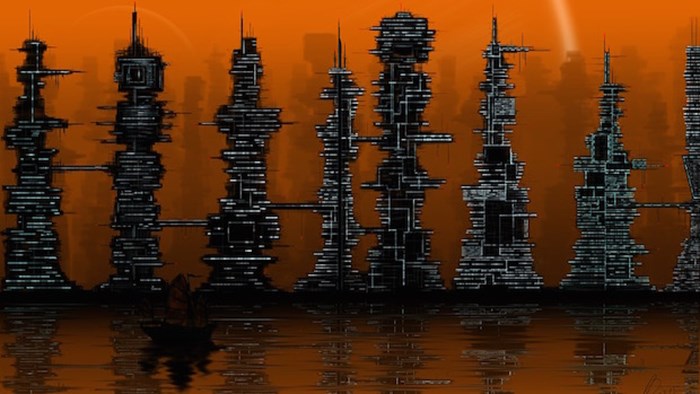 This a longer post than normal, but I felt it better to post singly rather than break it up into a series.

Evangelistic fervor—the core of evangelicalism—ebbs and flows in the West.

Lately, it seems more ebb than flow. Entire regions of the country lag behind population growth in church growth. That is, people are not being converted to Jesus at the same pace as birth and immigration rates are increasing. Part of this, I think, is the unwillingness or inability of Christians in America to adapt evangelistic efforts to new realities around them.

Yesterday, LifeWay Research released the results of a survey that should cause every pastor and every church to evaluate their evangelism strategies: nearly half of non-church attenders never think about the afterlife; almost 75% would not attend a seeker small group; more than 60% would not attend a worship service. But, 61% would attend a church sponsored event on neighborhood safety. This signals what for many churches would be a significant shift in how we spread the gospel.

The enduring question for the church is this: how do we fulfill the Great Commission in a rapidly changing world?

We—the church of the West—receive no exception from the question.

But it appears that despite our best efforts to keep up with the ever-morphing values and circumstances of Western cultures, the answer eludes us.

For many , the answer is not to adapt or change at all, but merely to maintain as if by some force of will the imagined halcyon days gone by of Christendom come full circle (or at least feels nostalgic for the faith of their grandfathers). But Christendom is over and no amount of wishing will make it return.

The Great Nostalgia is not the Great Commission.

The answer does not lie at some outlying extreme of either constant adaptation or constant constancy. Instead, our churches must continue the hard work of contextualizing the message of Jesus Christ to all tongues, tribes, and nations, whether in the Congo or in California.

This is just good missionary work.

The strategy needed is a counter-cultural return to biblical mission. What we need to do is advance back to the scriptural blueprint for the church on mission. What the church in the West desperately needs is a missional renaissance.

Three primary steps are needed: a rediscovery of the biblical mission, a reconsidering of the nature of the gospel, and a re-turning away from modernity.

A Rediscovery of the Mission

The last decade witnessed great progress for the evangelical church as to the rediscovery and re-awakening of her true calling and purpose. The church appears to be picking up the mantel as a sent people rather than religious colonialists creating a new nation.

By renewing our sense as a sent people, we have made great headway in a recovery of Paul’s instruction to believers to live as ambassadors for the kingdom of God (2 Cor. 5:20). But for as much ground that has been taken in this regard, there is much more territory that needs to be pioneered in order to see significant impact in the world.

Many are walking away from the notion that they are in the business of producing church services. The emphasis is returning to making disciples that take a missionary stance in the marketplace, in their neighborhoods, and throughout their daily lives.

In many instances, this return will involve pastors and other leaders repenting of measuring spiritual success by worldly standards.

For some it may only involve tweaking of focuses or shifting in emphases. But in all cases it involves a renewed understanding that the biblical mission of the church exists in the orbit of “go and tell,” and less and less lands on “come and see.”

The missional thrust of Jesus and His first followers was not to “set up shop,” but rather to take the message of the Kingdom to the lost sheep outside the sheep pen. If a missional renaissance is to occur, rediscovering the mission of Jesus will involve a fresh look at his gospel.

A Renewed Sense of the Gospel

Churches must renew their priority for the gospel.

Most segments of the church actually realize something is wrong, even if they cannot quite put their finger on it.

We live in a time of gospel malaise. Our gospel proclamation is anemic, and it is largely because our gospel is not big as life itself. Program maintenance on church campuses has veiled our sight to the gospel’s power in our communities. When the gospel is an optional feature—an introductory transaction, or the add-on to conclude the sermon—lives will not be transformed.

The gospel should be presented as bigger than personal salvation, more robust than going to heaven when one dies, and more pressing than just at the time of conversion. It is those things, of course, but a missional renaissance requires seeing the gospel not as merely the entry fee to Christianity but as the currency of the Christian life.

“The gospel is not the ABC’s of the Christian life,” as Tim Keller says, “but the A to Z.”

A gospel this big provokes a radical rethinking of the Christian life and mission. The good news of God’s reign means much more than “sin management.” The gospel does not merely pacify sin, but redeems and transforms lives into bearers of the Light. We become carriers of redemption across the entire landscape of human lives. When we understand the scope of the gospel, we will once again believe that its transformation works exponentially!

We need to rediscover the gospel of Jesus, and not merely the gospel about Jesus. This is a message that is lived, not simply believed (as if the two could actually be divided). It is lived and incarnated because it is believed.

When we look at the biblical gospel in its fullness and repent of our reduction of it, we are primed to undergo the recovery of the mission God ordained for His church. And this recovery begs the contemporary evangelical church for one other radical shift.

A Re-turning Away from Modernity

The church itself still needs to be set free from the addiction to modernity.

On many levels, the evangelical church in the West embraced the ways and means of the Enlightenment. It is time to extricate ourselves from it to learn a language and practice that moves the culture it seeks to reach away from these same tendencies.

In the Princeton Seminary Bulletin of 1985 [A1] , Lesslie Newbigin wrote,

“If one looks at the world scene from a missionary point of view, surely the most striking fact is that, while in great areas of Asia and Africa the Church is growing, often growing rapidly, in the lands which were once called Christendom it is in decline; and, moreover, wherever the culture of the West, under the name of ‘modernization,’ penetrates, it carries with it what Lippman called ‘the acids of modernity,’ dissolving the most enduring of religious beliefs including the beliefs of Christians. Surely there can be no more crucial question for the world mission of the Church than the one I have posed. Can there be an effective missionary encounter with this culture—this so powerful, persuasive, and confident culture which (at least until very recently) simply regarded itself as ‘the coming world civilization.’ Can the West be converted?”

For a missional renaissance, Christians must break through the stubborn barriers of modernity’s belief system. The fact is, the days of responding to every philosophical or rhetorical objection with “because the Bible says so” are long gone, as are the days of shared moral values.

Kingdom values must be lived but they will be strange to the modern mind.

The work of “arguing someone into the kingdom” is more of an uphill battle than it ever has been. The playing field is different. To press the metaphor, we must realize that not even North America is a “home field” any longer.

Just as every artistic renaissance involved a reformation of education and fresh looks at classical forms, the missional renaissance will require a return to biblical approaches toward sharing the gospel, serving others, mission work, and the like.

Modernity called us to debate worldviews. A missional renaissance calls us to live the gospel’s implications.

With a language of compassion, justice, and service, the church should subvert entire cultures filled with philosophies, religious and the irreligious. Empowered by the Spirit, missional Christians impact everyone from the New Age pantheist to the militant atheist alike. The gospel expressed through the power of its truth and kindness possesses the greatest leverage for societal change.

Our main apologetic can no longer be just language or worldview, though it must include that, but the gospel lived out and told by transformed lives.