Southern Baptists will not both grow and remain a majority white denomination.
Ed Stetzer 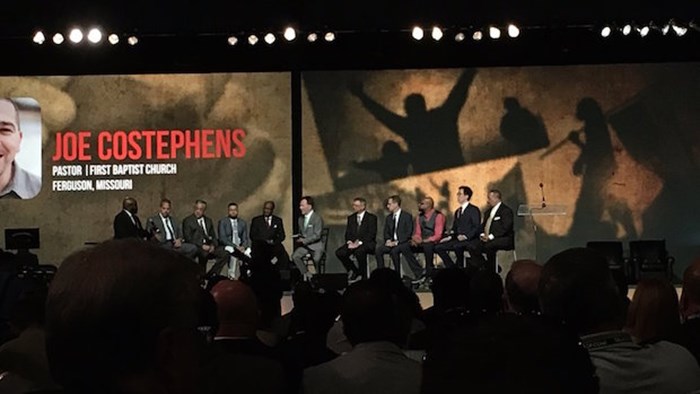 Over the last few days (and a little before that) I’ve been looking at my denomination, the Southern Baptist Convention. The series includes reflections on the annual meeting, the future role of local associations, and the need for change in state conventions.

One of the highlights of this year’s Southern Baptist Convention annual meeting was the panel on racial reconciliation. Then-president Ronnie Floyd convened a stellar line-up of pastors and leaders—White, Black, Asian, Latino—to discuss some of the issues that seem to hinder our ability to fellowship freely and fully.

By all accounts it was both important and impacting. It needs to have been.

Simply put: the Southern Baptist Convention is not keeping pace with the increasing ethnic change in America. SBC membership will continue to decline if it is not better equipped and more open to ethnic diversity in membership and leadership, while engaging immigrant and refugee populations with the gospel.

That statement is not intended to diminish all the work that has been taking place. There are some great things happening. Ethnic church planting is a major passion for Kevin Ezell, president of the Southern Baptist North American Mission Board and he will be quick to point out that ethnic churches accounted for approximately half of the churches planted last year in the United States.

However, much of the information gathered on the racial make-up of SBC raises the question: has the denomination been keeping up with the demographic changes that immigrant groups are creating in U.S. society?

The SBC has always possessed a high proportion of white people—and I mean REALLY high—if you go back only 50 years.

The good news is that Southern Baptists have made progress in terms of minoritiy members and congregations. In a recent year, NAMB reported a 66 percent growth in ethnic churches since 1998, which was fueled in large part by an 82.7 percent jump in African American congregations. Today in the Southern Baptist Convention 10,709 of the 51,441 churches and mission churches hold non-Anglo majority memberships. Of the almost 1,000 churches planted in America two years ago, 58 percent were non-Anglo.

Even though these are good signals, when you consider the growing immigrant community we find a lack of corresponding growth.

As the tapestry of the U.S. population changes, the SBC will continue to decline if it does not become better equipped to engage and reach these new populations. Without a change in strategy, the influence the SBC has with these ethnic and immigrant populations will wane.

The Road to a More Diverse SBC

For too long, the SBC has been on the wrong side of right. The election of African-American pastor Fred Luter in 2012 was a milestone for a denomination that was founded by slave-owners holding fast to their “rights.” In the civil rights movement, we saw too many Southern Baptists on the wrong end of the fire hoses.

Much has happened since then in terms of racial reconciliation, but there is still so much to be done before the SBC will truly be seen as an integrated convention. I look forward to continued intentional inclusion of minorities into leadership opportunities at all levels of the SBC.

Before we in the SBC charge into the fields to labor, there is one caveat: most immigrants (and others) are settling in urban centers while Southern Baptists continue to be predominantly rural. Southern Baptists plant churches all over, to be sure, but to reach non-Anglo populations strategies that reach urban centers must be implemented.

The urban fields are ready to be harvested, but most laborers remain in the non-urban areas. If we are to be Kingdom people “white-flight” needs to become a vestige of history. Intentional urban embrace needs to become a future strategy.

I think it is worthwhile to mention again that while non-English speaking people groups in North America are underrepresented in the SBC compared to the U.S. population, they are the groups within the denomination with the highest baptism rates.

The encouragement is this: Southern Baptists have always considered themselves Great Commission people, taking the gospel to the nations. The fact is that now the nations are much closer than they used to be.